Nicknamed America’s Mountain, Pikes Peak inspired author Katharine Lee Bates to write “America the Beautiful.” Those who want to reach the top of this 14,000-foot-tall mountain, which sits about 30 miles west of Colorado Springs, can do so by hiking, biking or driving on Pikes Peak Highway. During the 19-mile journey to the summit, you’ll enjoy fantastic views of lakes, mountains and local wildlife. Once you’ve arrived, head into the Pikes Peak Summit House to sample some of its world-famous doughnuts made with special high-altitude ingredients. Access to the highway costs $15 per adult and $5 per child or $50 per car. Although the area generally experiences mild weather throughout the year, the summit’s temperature is typically 30 to 40 degrees cooler than Colorado Springs, so dress accordingly. 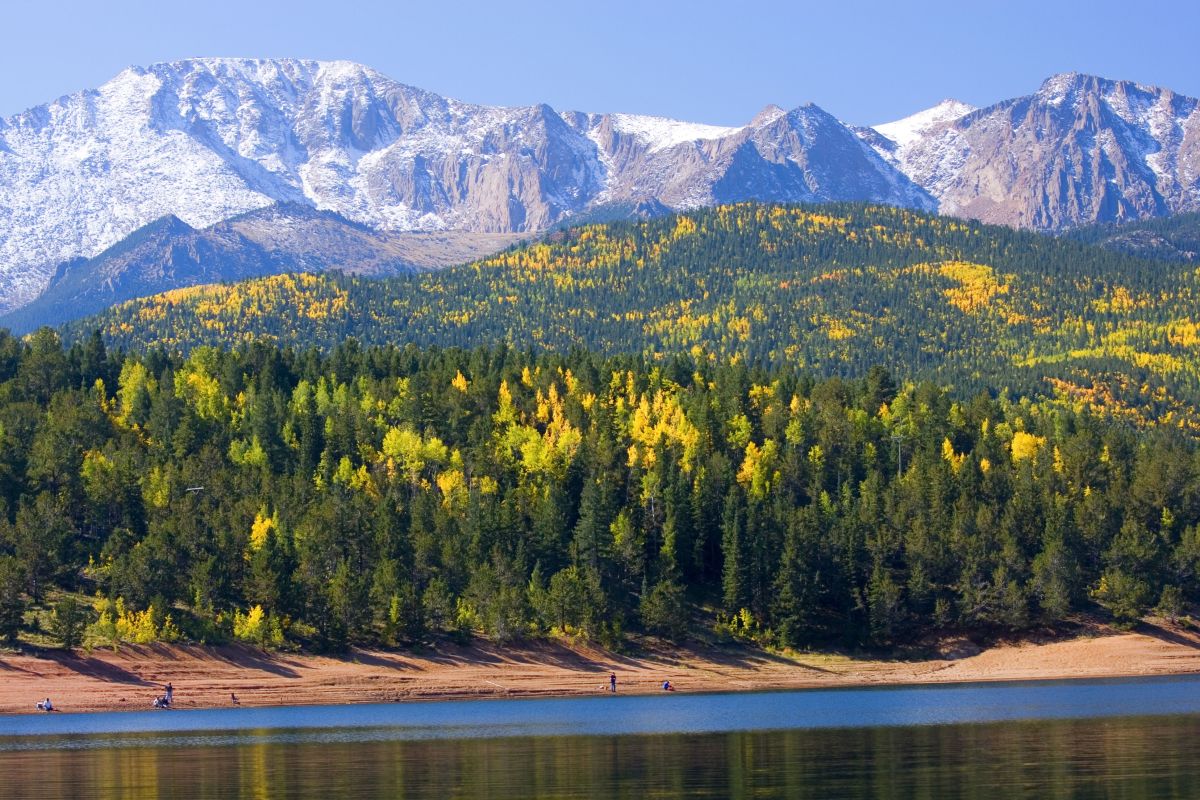 To see Chicago’s world-renowned architecture and many of its must-see attractions – from The Magnificent Mile to Lake Michigan to the Willis Tower – in a short amount of time, consider exploring the Chicago River. The Chicago Riverwalk is a picturesque spot to enjoy a leisurely stroll, while the riverfront Chicago Architecture Center is the place to go to check out skyscraper models before signing up for a Chicago architecture river cruise. You can also get out on the river by climbing aboard a Chicago Water Taxi or renting a kayak or stand-up paddleboard from companies like Kayak Chicago. Spring and fall are great times to visit Chicago, as the weather is pleasant and crowds are thinner than what you’ll find in the peak summer season. 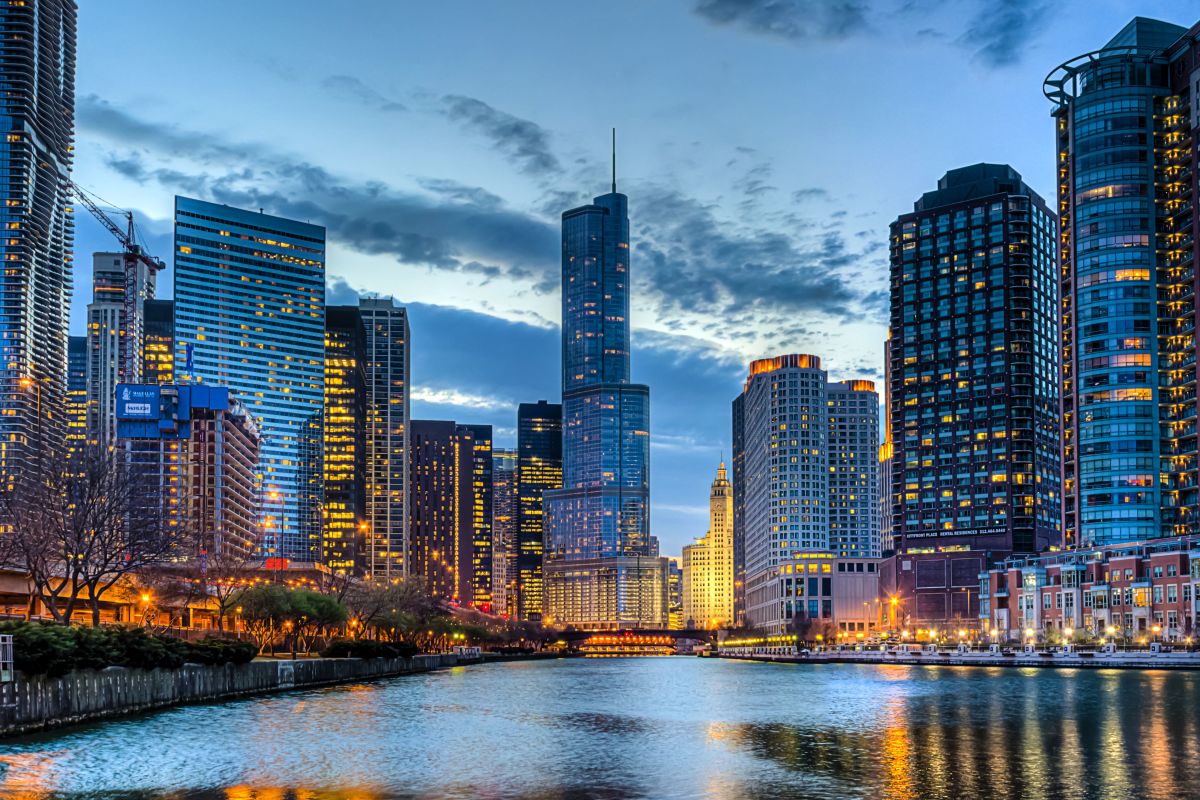 One of the most popular tourist attractions in San Antonio is the River Walk. Also called Paseo del Rio, this 15-mile waterway is the largest urban ecosystem in the U.S. You can choose to explore the River Walk, which features various shops and restaurants, on foot or by river barge. The free attraction also offers easy access to other top sites, such as the San Antonio Missions National Historical Park. Because San Antonio offers comfortable temperatures (averages throughout the seasons hover between the high 30s and mid-70s) and more than 250 days of sunshine annually, you’re nearly guaranteed superb weather when you visit. 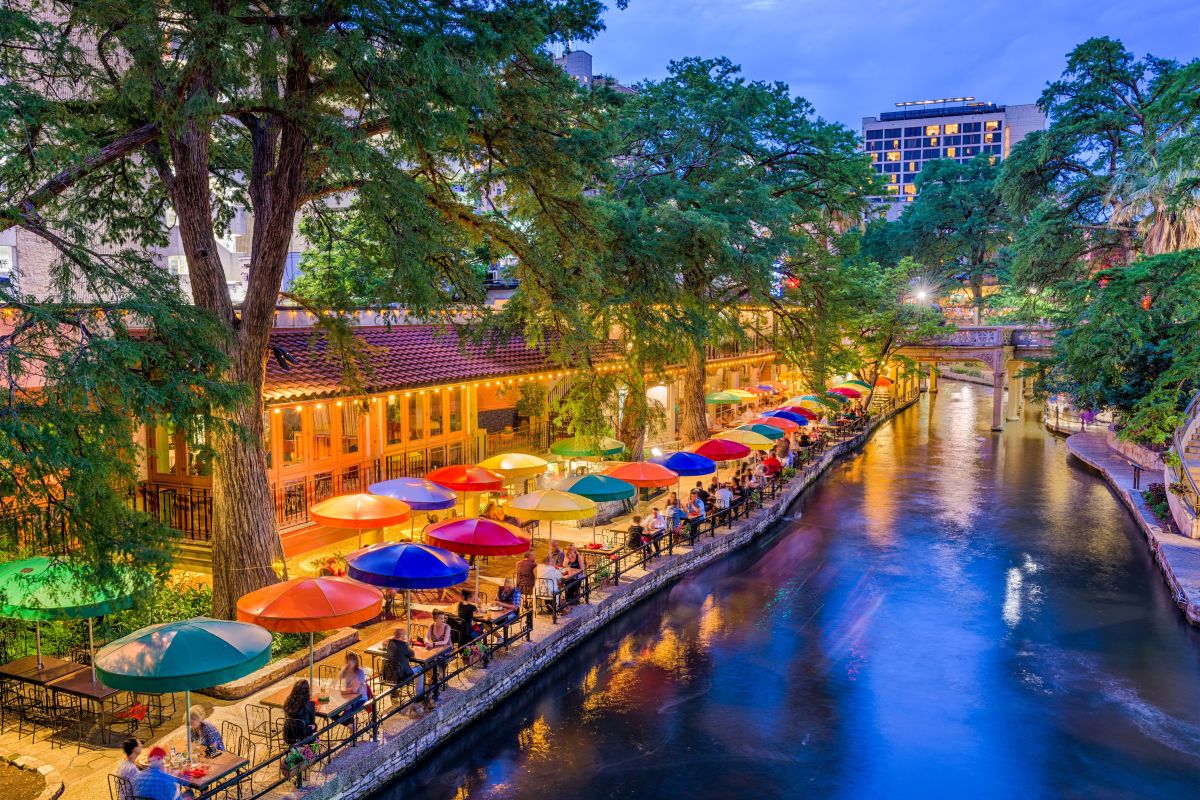 Pay tribute to some of America’s greatest presidents at Mount Rushmore National Memorial in the Badlands of South Dakota. This impressive granite landmark features the 60-foot-tall faces of former presidents George Washington, Theodore Roosevelt, Abraham Lincoln and Thomas Jefferson. Hikers won’t want to miss the Presidential and Blackberry trails. Meanwhile, families will likely enjoy participating in the memorial’s Junior Ranger programs and ranger-led walks. Another popular activity is Mount Rushmore’s lighting ceremony, an evening summer event that includes an illumination of the presidents’ faces and a ranger talk. To access the memorial, a $10 per vehicle fee applies. For a decreased chance of rain and fog, avoid visiting in May or June. 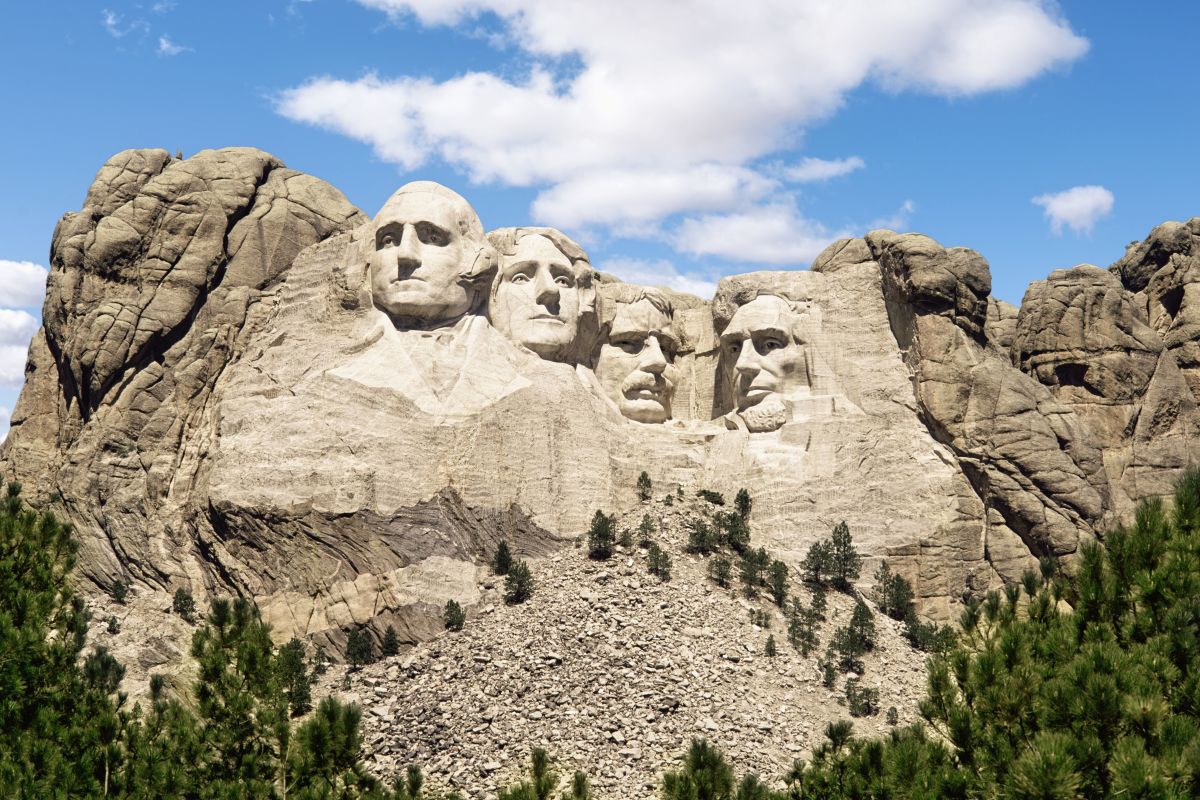 A visit to New Orleans wouldn’t be complete without a stop in the French Quarter. Home to world-famous Bourbon Street, the French Quarter – which was founded in 1718 – is one of the Big Easy’s most historic neighborhoods. Local must-dos include savoring a beignet at Cafe du Monde, sampling one of the city’s signature hurricane drinks at Pat O’Brien’s and enjoying authentic Creole cuisine at Brennan’s. The French Quarter also features key attractions like St. Louis Cathedral (the oldest continuously active Roman Catholic cathedral in the U.S.) and Jackson Square (a National Historic Landmark named for its bronze statue of Andrew Jackson). Since New Orleans can get hot and muggy during the summer months, consider visiting in December or January when average highs sit in the 60s. 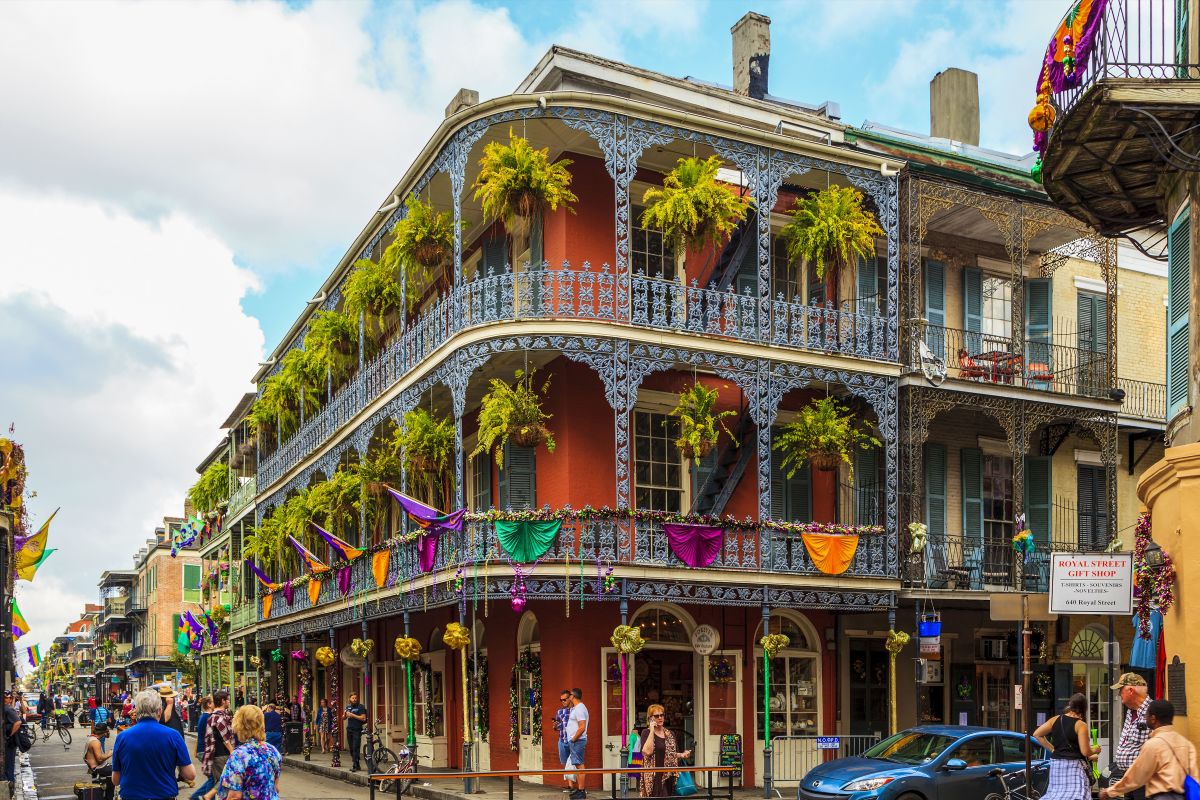 The Golden Gate Bridge, which has connected San Francisco to Marin County since 1937, is one of the country’s most recognized landmarks. It took four years to build this nearly 2-mile-long bridge. While it may look red to the eye, the bridge is painted international orange so it’s visible through San Francisco’s characteristic fog. The structure has been featured in numerous films, including “X-Men: The Last Stand,” the 1978 adaptation of “Superman” and “The Maltese Falcon.” To see Golden Gate, you can drive from one end to the other (though there is a southbound toll, starting at $7), join a free walking tour or bike across it. The bridge is especially busy in the summer, so you may want to visit during a shoulder season like fall or spring. 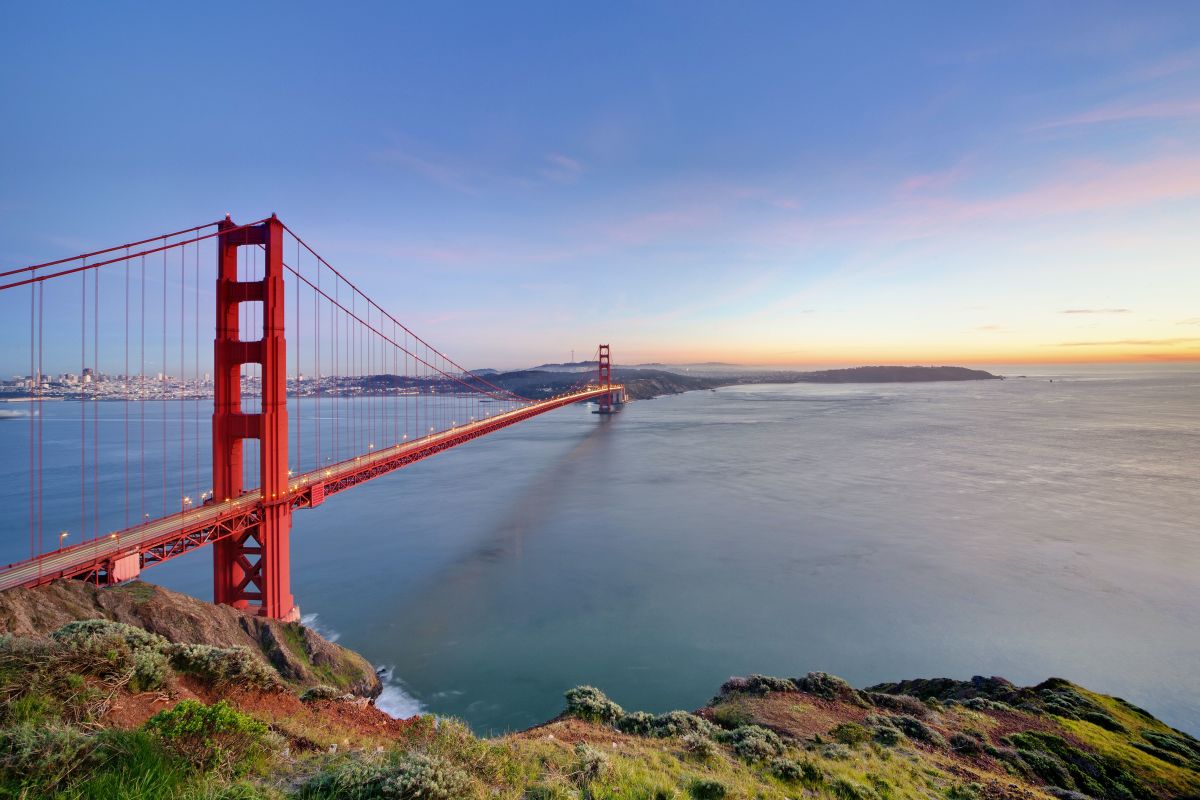 Few U.S. structures are as well-known as the Washington Monument. Built in 1884 to honor former president George Washington, this landmark stands more than 555 feet above Washington, D.C.’s National Mall, where you’ll find other iconic attractions like the Lincoln Memorial and the U.S. Capitol. The Washington Monument is the world’s tallest stone structure and obelisk. Though access to the top of the monument is unavailable while repairs are made to the structure’s elevators, you can admire it for free from the ground. Spring is a wonderful (albeit crowded) time to visit thanks to the National Mall’s cherry blossoms. Still, fall offers comparable weather without as many tourists. 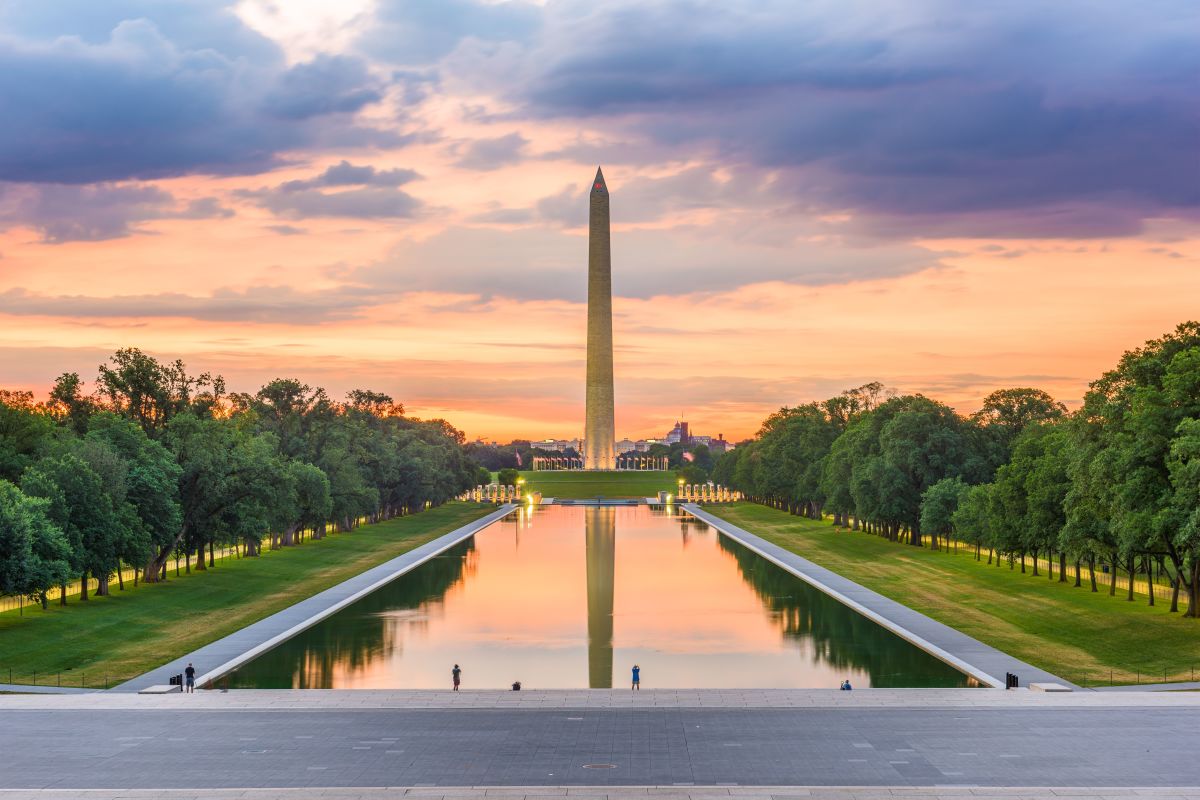 Enjoy one of America’s great natural wonders at Niagara Falls State Park and Niagara Falls National Heritage Area in New York state. The best way to see 12,000-year-old Niagara Falls is from a helicopter or Maid of the Mist boat tour. For a different perspective, stay until dark (when the attraction is illuminated) or walk across the Rainbow Bridge to the Canadian side. Though there are hordes of tourists in the summer, the season’s lack of attraction closures and pleasant temperatures in the 70s and 80s make it the ideal time to visit. Niagara is free to check out, but those who purchase a Niagara Falls USA Discovery Pass for $35 or $46 (depending on age) can also access area sights like the Cave of the Winds. 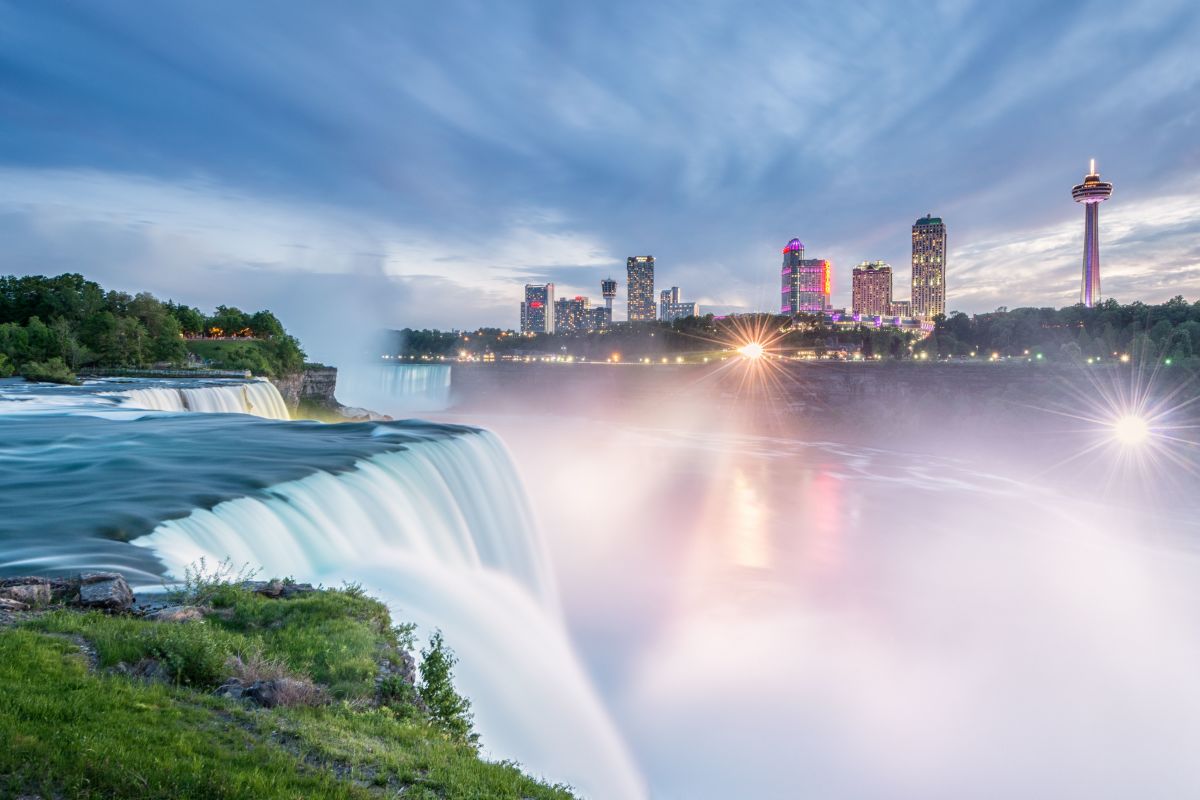 Treat yourself to some retail therapy at the largest shopping and entertainment destination in the U.S. Located 10 miles south of downtown Minneapolis, Mall of America features more than 500 shops, 60 restaurants, a miniature golf course and an aquarium, among other amenities. There’s also ride-filled Nickelodeon Universe, the largest indoor theme park in the country. After a busy day of shopping or riding roller coasters, unwind at the Radisson Blu Mall of America or the JW Marriott Minneapolis Mall of America. Both hotels are directly connected to the mall for easy access. Like many malls, holidays and weekends are generally when crowds are at their thickest, so consider visiting during the week. 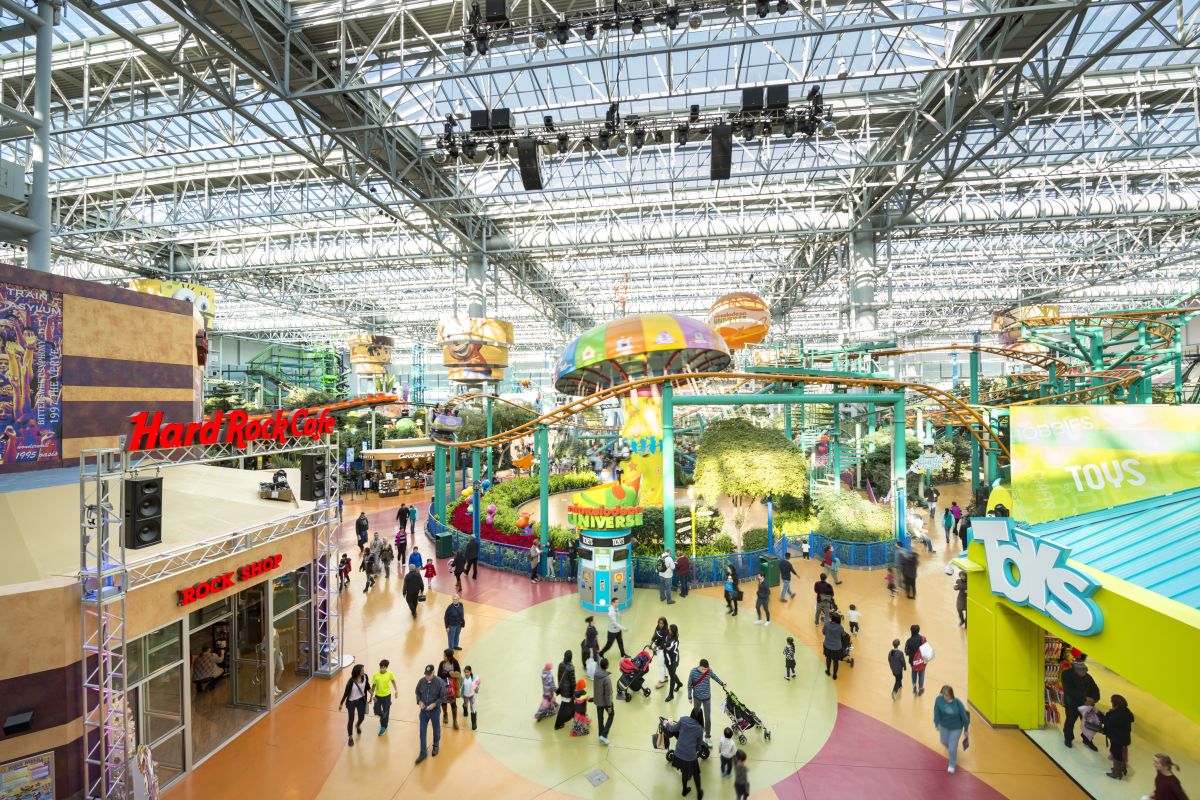 Designed and built by architect Eero Saarinen in 1965, the midcentury modern Gateway Arch sits in the Gateway Arch National Park between St. Louis’ Old Courthouse and the Mississippi River. Measuring 630 feet tall and 630 feet wide, the stainless steel structure is the tallest man-made monument in the U.S. It stands as a symbol of America’s westward expansion. Travelers can take a four-minute tram ride to the top for expansive city and river vistas, but past visitors recommended heading to the arch before noon to avoid crowds. Tram rides start at $12 for adults and $8 for children, with exact fees varying depending on the day and time of year. 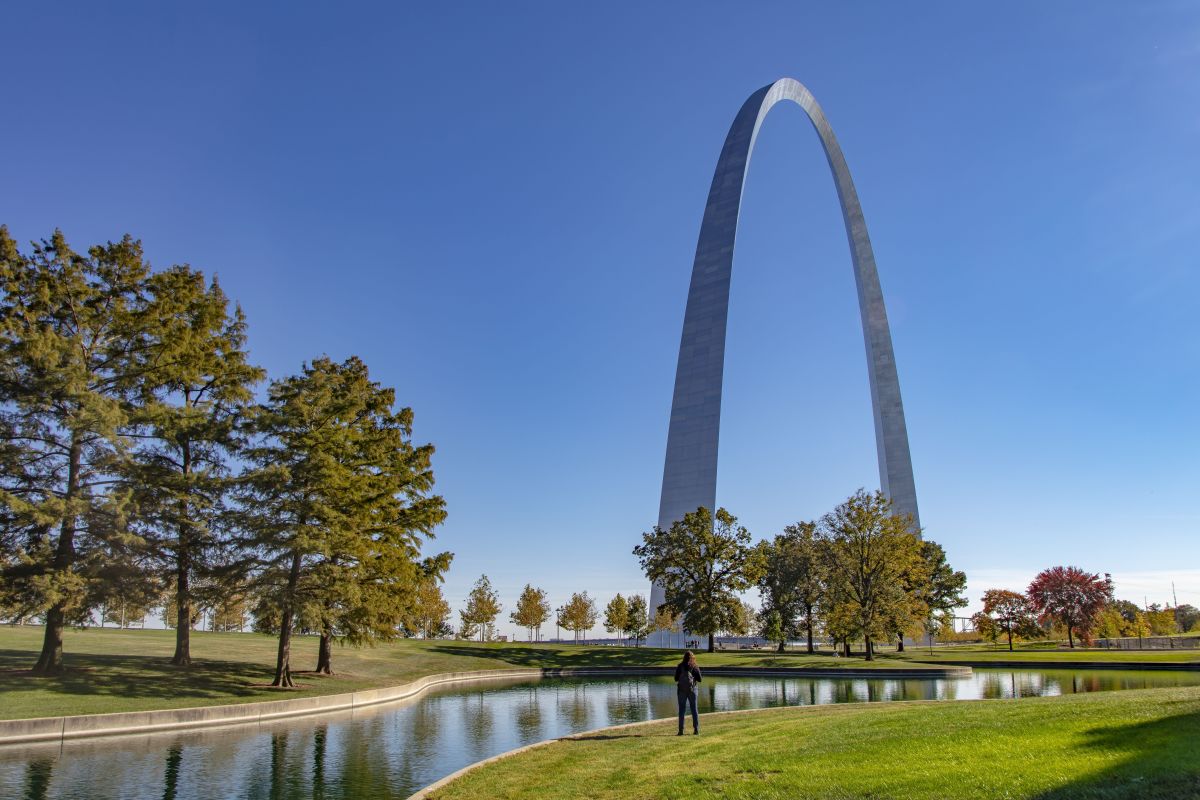