A fixture of the Big Apple skyline, the Empire State Building is a must-see attraction in New York City. Completed in 1930, the skyscraper stands 1,454 feet tall and offers a view of five states (on a clear day) from the top. There are two observation decks: the open-air Main Deck on the 86th floor, which has appeared in many movies, and the Top Deck on the 102nd floor. Consider visiting at night – both observation decks are open daily until 2 a.m. – for sweeping panoramas of the illuminated city. If you’d rather avoid crowds, arrive between 8 and 11 a.m. Standard Main Deck tickets cost $36 for adults and $31 for children. 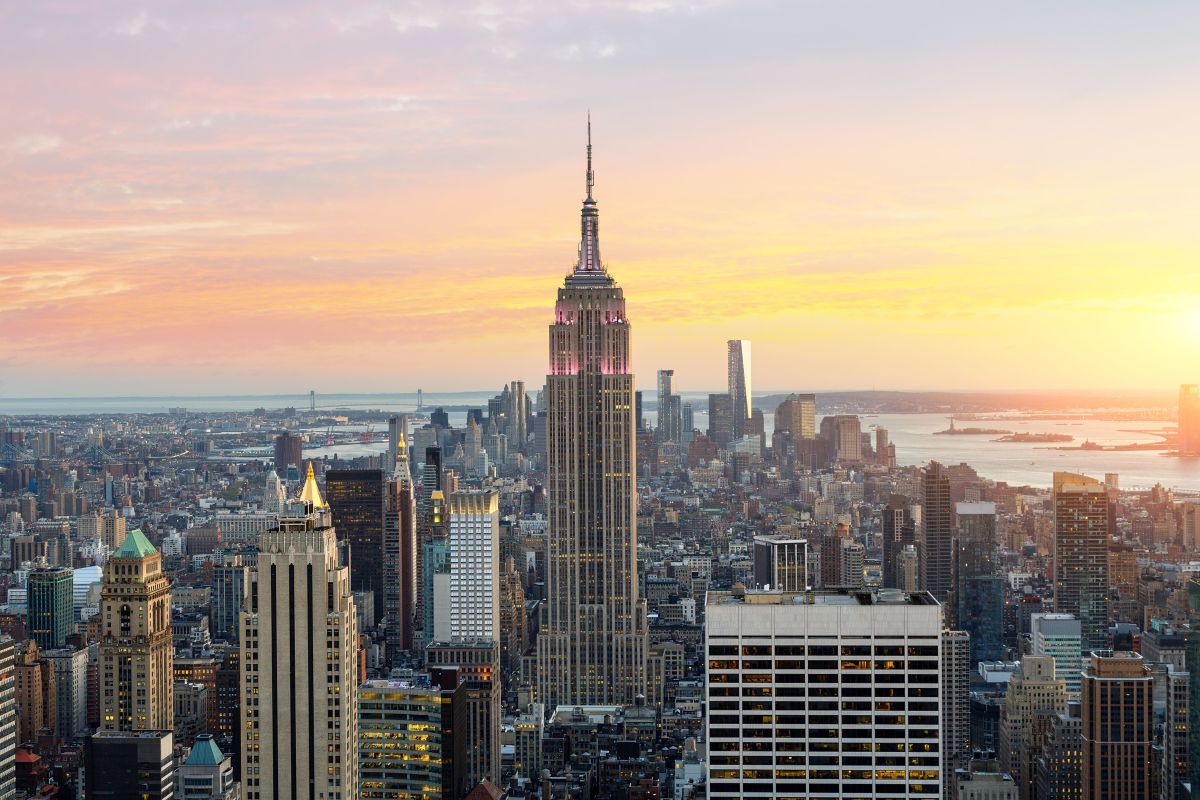 For an overview of Maui’s beauty, drive from Kahului to Hana on the 52-mile Road to Hana. The journey – which typically takes between two and four hours to complete – offers fantastic views of scenic rainforests, waterfalls and plunge pools as you travel around 620 curves and across nearly 60 bridges. If you’re in search of even more jaw-dropping panoramas, venture about 10 miles southwest of Hana to Haleakala National Park. Hana itself is a charming town with a black sand beach, a tropical botanical garden and the state’s largest Hawaiian temple. Maui’s consistently mild climate draws visitors year-round, though fall’s thinner crowds make it a terrific time to drive the Road to Hana. 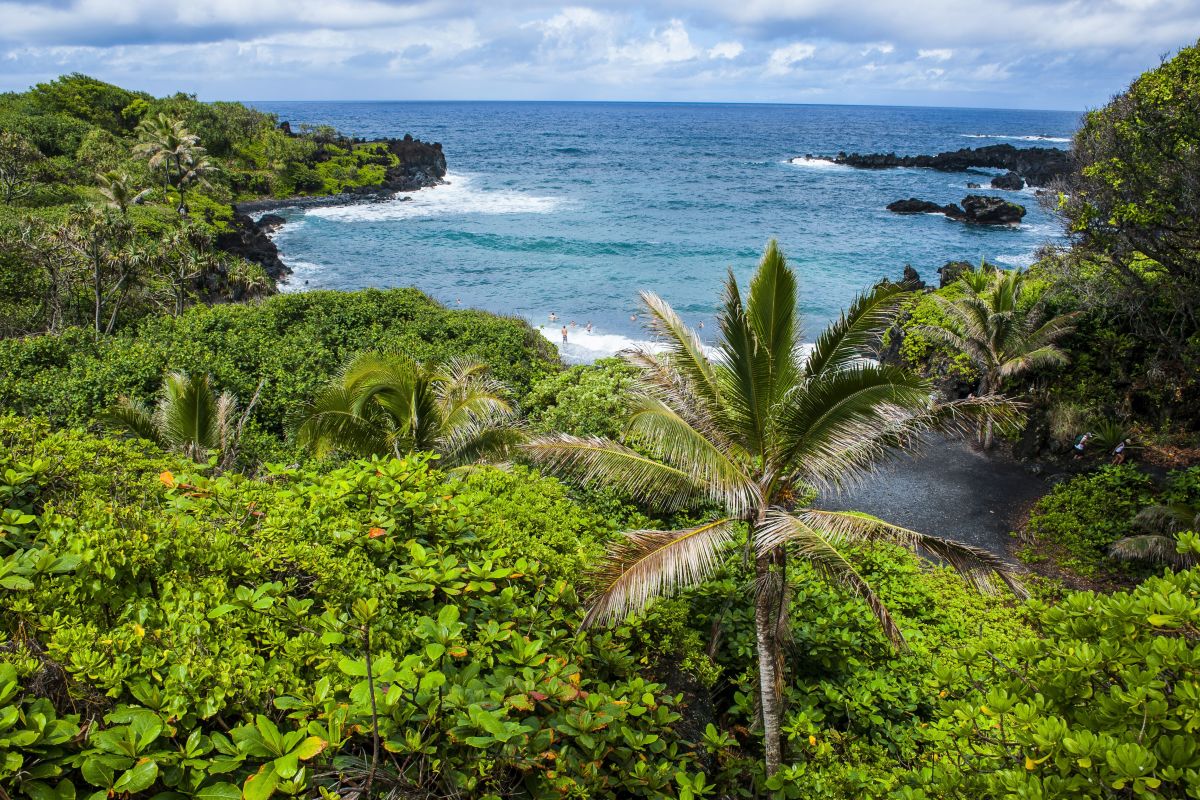 See where the first shots of the Civil War were fired at Fort Sumter National Monument in historic Charleston. Shot on April 12, 1861, the fort was occupied by the Confederate States Army for nearly four years during the Siege of Charleston. To get an up-close look at Fort Sumter, you’ll need to pay for an excursion with Fort Sumter Tours. Each round-trip boat tour costs $15 to $23 per person (depending on age) and lasts about two hours and 15 minutes. The experience includes time to explore the fort on foot, plus a harbor cruise past the Battery and the Arthur Ravenel Jr. Bridge. Summertime is often hot and muggy here, so consider a spring or fall visit. 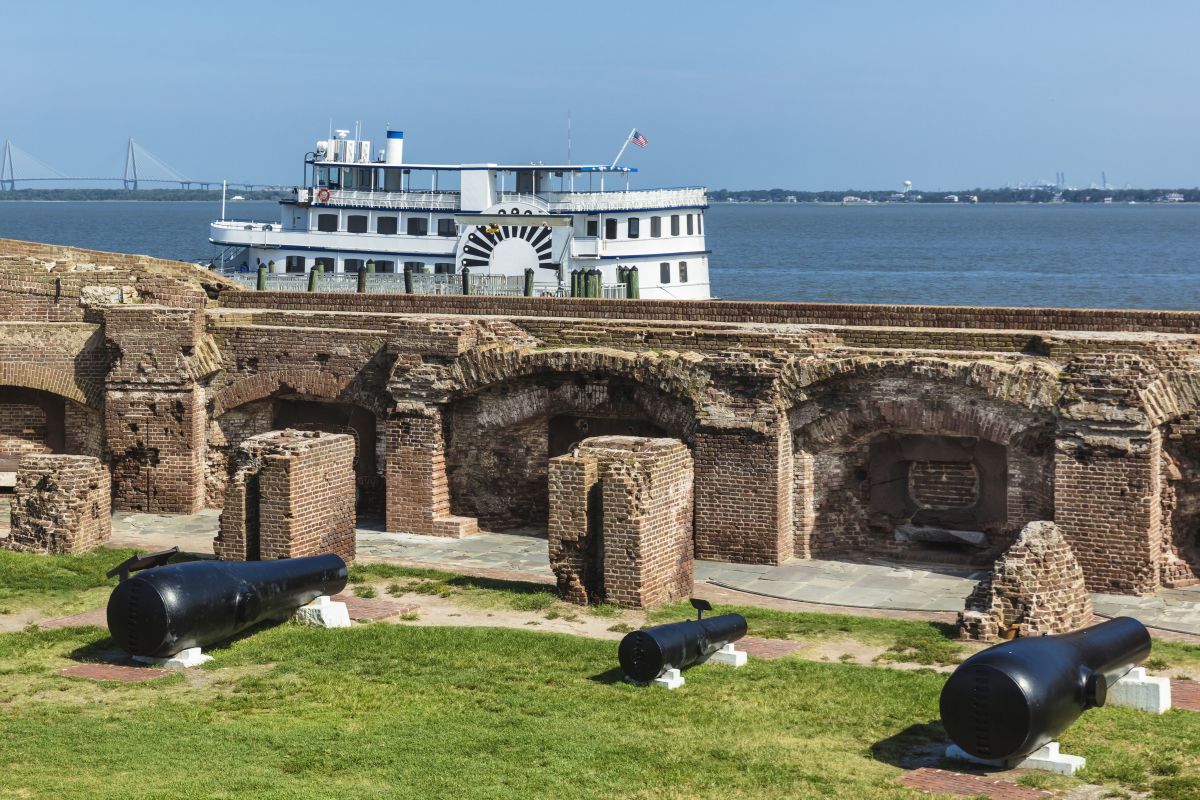 Originally founded as a mission in 1718, the Alamo is a symbol of Texas independence and freedom. The historic site is best known for its role in the Texas Revolution, where approximately 200 soldiers defended the property for 13 days against Mexican Gen. Santa Anna and his 2,500-person troop. Many Texas soldiers, including James Bowie and David Crockett, died during the battle. Today, visitors can check out the site before or after exploring other must-see attractions like the River Walk and the Spanish Governor’s Palace. Both sit within walking distance of the Alamo in downtown San Antonio. There is no fee to visit the property, but guided tours are available for $10 to $15 per person. 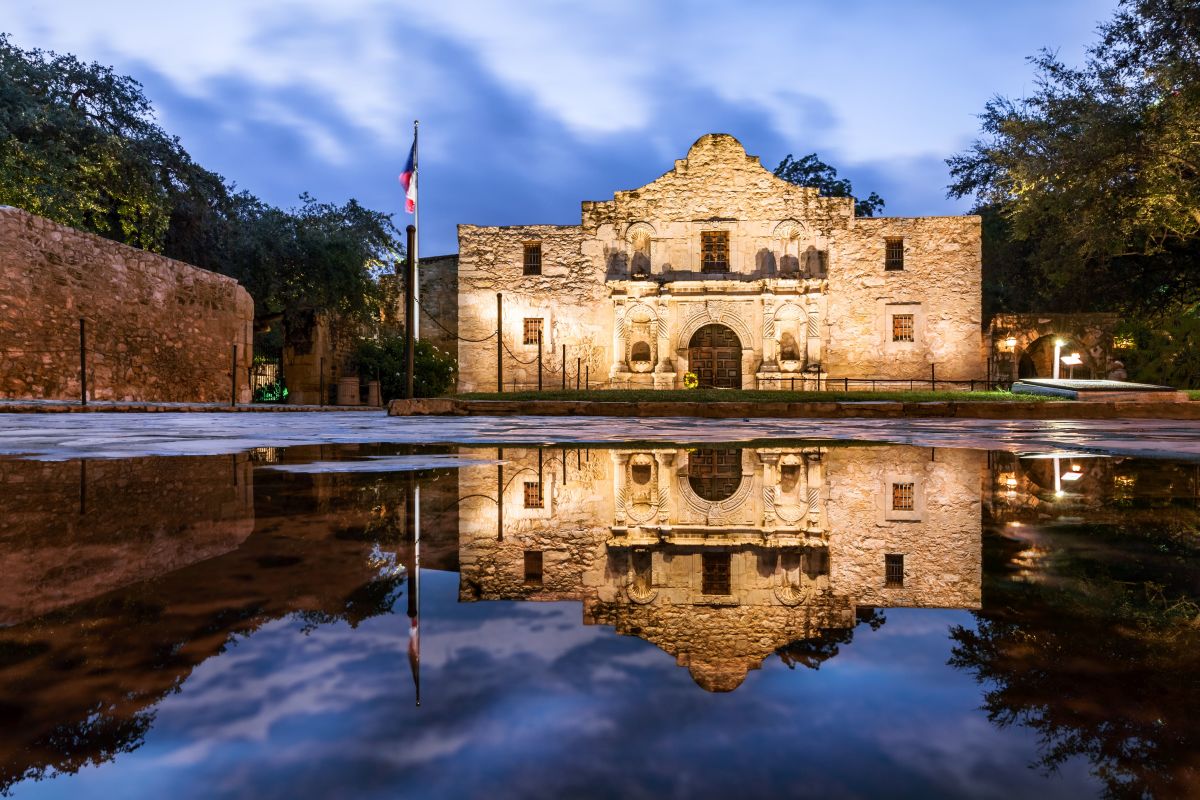 Learn more about the origins of flight at this memorial to Wilbur and Orville Wright, who famously achieved flight here in 1903. At the Wright Brothers National Memorial in the Outer Banks, you can see a full-scale replica of the Wright Flyer and camp buildings similar to those used by the brothers to work on their airplane. The brothers lived in Dayton, Ohio, but conducted many of their flying experiments on North Carolina’s beaches due to their privacy, reliable winds and wide-open spaces. Tickets to the memorial cost $10 per adult, while kids ages 15 and younger get in for free. Plan a spring or fall visit to avoid encountering hordes of tourists and paying extra for accommodations during the Outer Banks’ peak summer season. 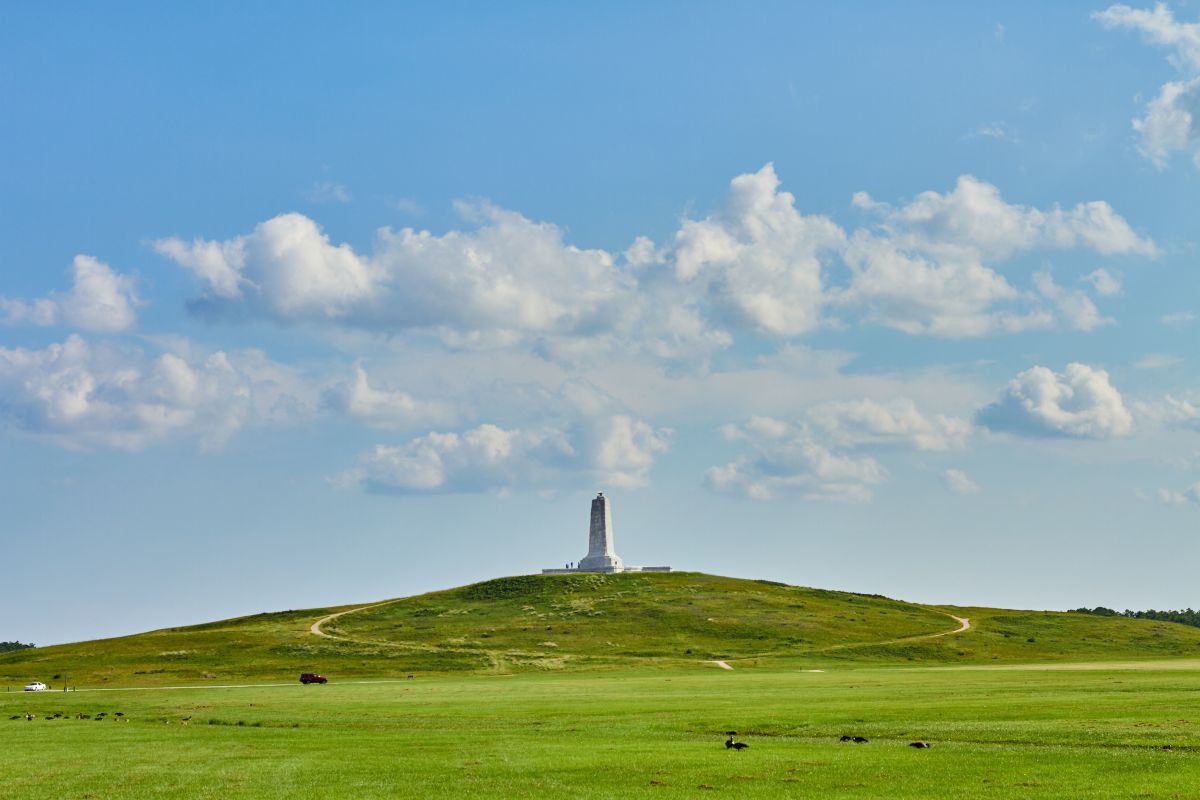 Built in 1800, the home of America’s commander in chief is a top U.S. attraction. While you can walk by the White House at any time, it’s also possible to take a free tour of select rooms, including the State Dining Room, the China Room and the East Wing’s Blue, Red and Green rooms. You’ll need to contact your representative in Congress at least 21 days before your visit to make the request. Keep in mind, spaces are limited and fill up quickly – especially during the summer – so it’s best to submit a tour request as soon as possible. If you’re unable to secure a spot on a tour, you can still enjoy photo-worthy views of the White House from the surrounding 82-acre President’s Park. 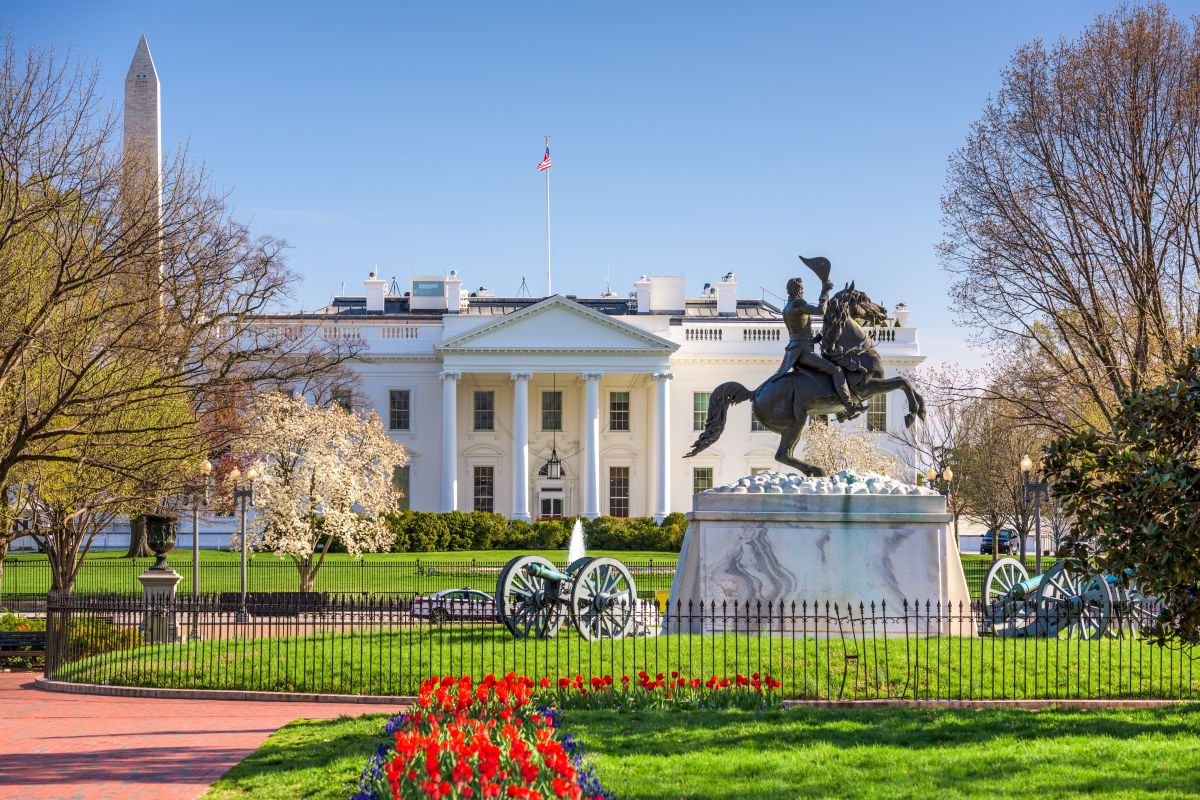 UNESCO World Heritage-listed Yosemite National Park boasts nearly 768,000 acres of land filled with massive granite cliffs, beautiful waterfalls and towering sequoia trees. Key spots to visit in California’s most popular national park include El Capitan (a sheer granite rock that measures about 3,600 feet tall), Yosemite Falls (North America’s tallest waterfall) and Tuolumne Meadows (a hiker’s paradise with alpine lakes, a river and mountain peaks). Yosemite is beautiful year-round, though crowds are at their thickest during the warmer months. To avoid congested parking lots, use the park’s free shuttle service. Admissions cost $35 per vehicle and $20 for every person entering on foot or by bike. 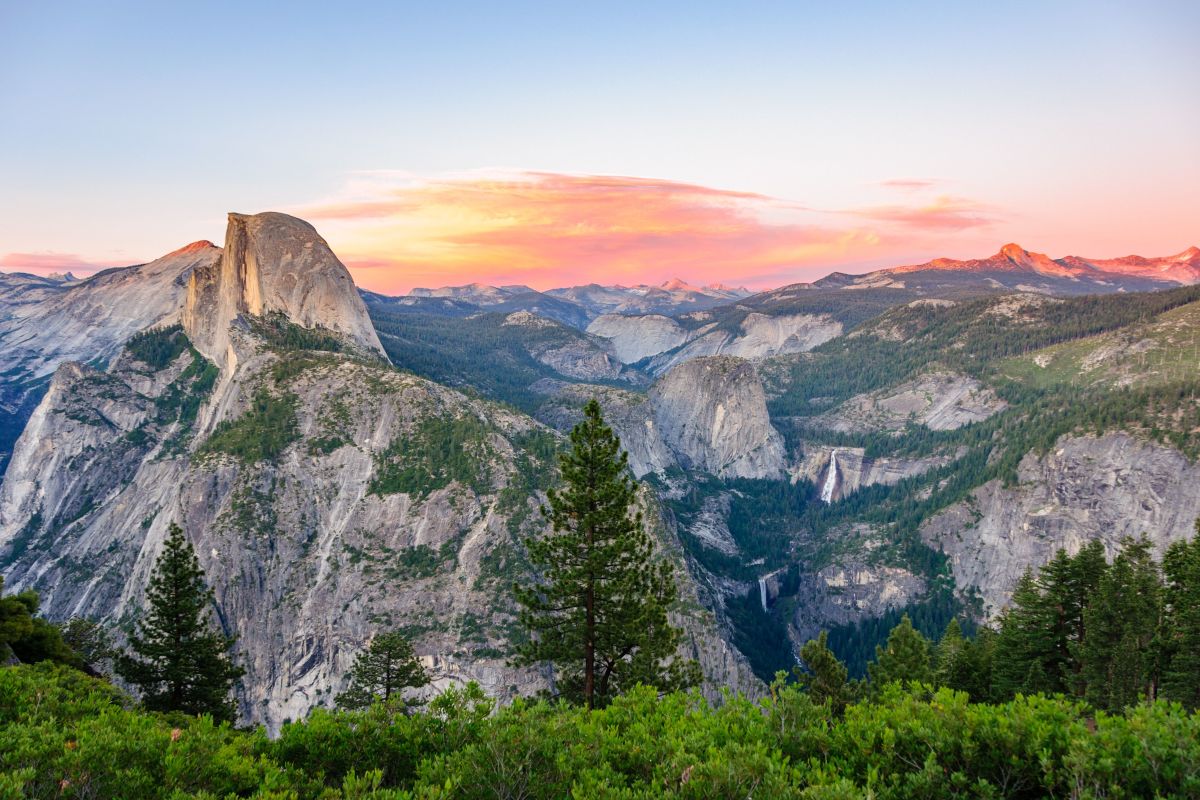 Located just north of Independence Hall inside the Liberty Bell Center, the Liberty Bell is a universal symbol of American democracy and freedom. In addition to seeing the 2,080-pound bell’s famous crack, visitors can view this Philadelphia relic’s world-renowned inscription, “Proclaim LIBERTY throughout all the Land unto all the Inhabitants thereof.” Also available in the Liberty Bell Center are X-rays that reveal the interior of the bell, as well as exhibits that explain how the bell was used to help end slavery and support women’s suffrage and the civil rights movement. There is no fee to see the bell, but travelers will want to arrive early to avoid long wait times on warmer days. 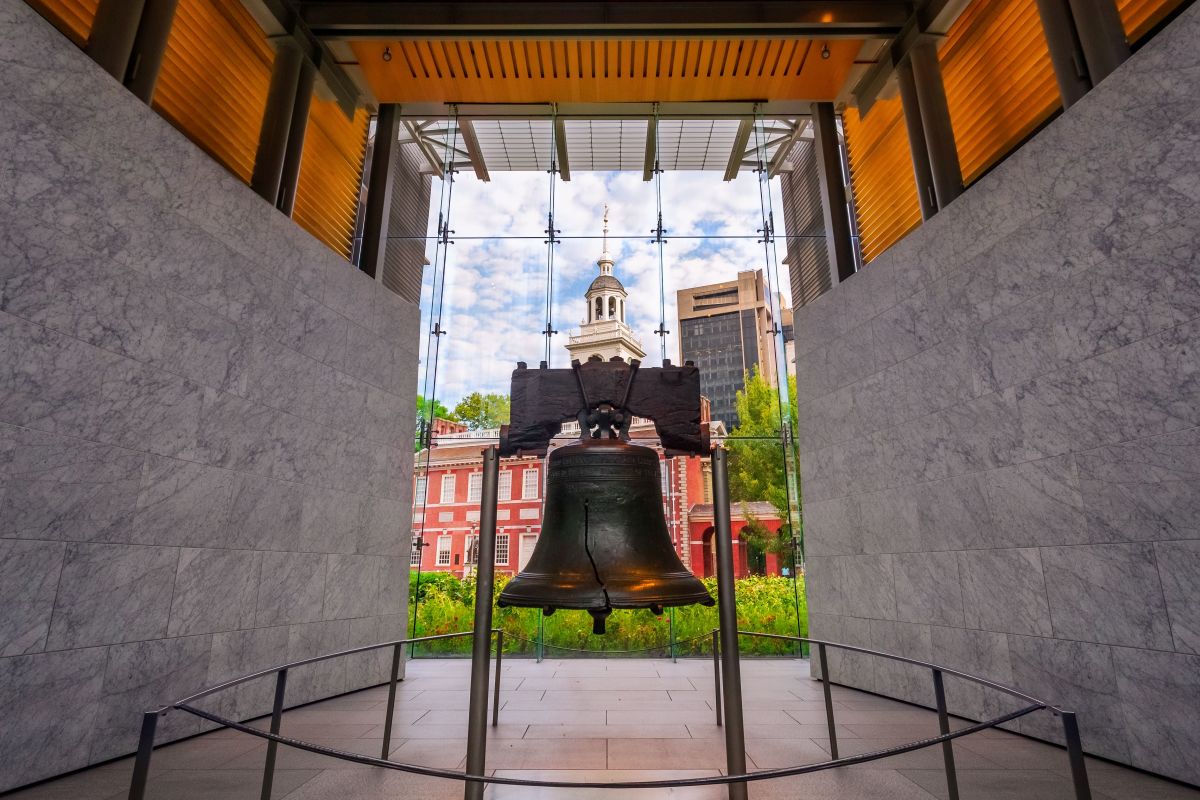 A natural escape within action-packed New York City, Central Park holds the distinction of being the first public park built in America. The sprawling 843-acre park features all sorts of landmarks and attractions, including lakes, hiking trails, museums, music venues and a castle. Time your visit for the warmer months to go paddleboating, catch a concert at SummerStage, see the “Imagine” mosaic honoring musician John Lennon and attend a production at Delacorte Theater. If you’re a fan of the movie “Stuart Little,” be sure to rent model sailboats from Sail the Park to race at Conservatory Water. Boat rentals cost $11 per vessel, but the park itself is free to enjoy 24 hours a day.

Chic South Beach is a popular place to party and soak up some sun. This Miami Beach hot spot offers a cool vibe thanks to its proximity to stunning art deco buildings housing art galleries, retail boutiques and eateries. When you need a break from sunbathing, people-watching and admiring your surroundings, head to Lummus Park to play volleyball, go rollerblading or ride bikes. Then, check out the area’s vibrant nightlife scene. Visiting in the winter is a great way to enjoy some warmth and relief from cooler climes without sharing South Beach’s picturesque sand with families, who typically visit in the summer when kids are out of school. 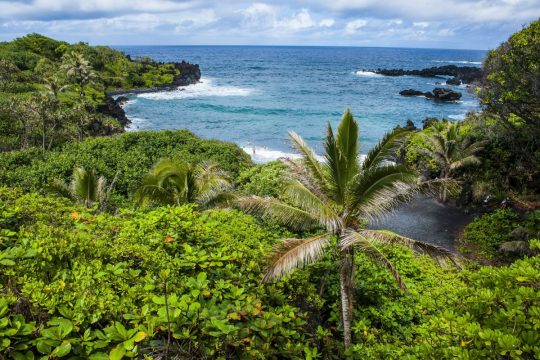