The day the White House announced a plan for reopening the U.S. to vaccinated international travelers, more than 2,000 members of the travel industry were gathered in Las Vegas for IPW, the conference devoted to, in its words, “bringing the world to America.”

The news sent a buzz through the show, said Visit California CEO Caroline Beteta, and destination marketing organizations mobilized, flipping the switch to launch international campaigns that have been languishing in a holding pattern.

“There was a noticeable difference in energy level and enthusiasm,” Beteta said. “It’s a game-changer … we’re not dealing in some hypothetical environment anymore. Now it’s reality.”

Brand USA chief Chris Thompson was preparing to head to the conference Monday when his phone started “blowing up.”

“I think the overall feeling was just a tremendous amount of optimism and enthusiasm,” he said.

For California, international travelers make up roughly 7% of total visitors, but they represent nearly 20% of visitor spending.

Visit California had been using what it called the “candle in the window” strategy — reducing, but not eliminating, relationships in international markets — as it waited for the green light for inbound travel.

“The reality is all of us have been in a position of suspense,” she said. “We didn’t want to cut the cord completely.

here’s a lot of helpful intelligence that comes out from our international offices and maintaining those relationships. So, when we were in the position to continue marketing, we were already at the starting line, so to speak.”

Dow added that the announcement, which came during the opening day of the show, “couldn’t have come at a more perfect time.”

The policy is expected to take effect in November and will allow foreign nationals to fly into the U.S. with proof of vaccination and proof of a negative Covid test taken within three days of their flight.

Even with questions on land borders and exactly how the procedure will function still unanswered, the travel industry widely celebrated the move.

CLIA said that 2.5 million international visitors traveled to the U.S. to embark on a cruise in 2019, representing nearly 18% of all U.S. cruise embarkations that year, and that international cruisers spent $4.5 billion a year in the U.S. on hotel stays, transportation, retail and other purchases.

“Our members look forward to welcoming international travelers, including from the United Kingdom and the European Union, back to the United States while continuing to prioritize public health,” it said.

Kimberly Wilson Wetty, the co-president of Valerie Wilson Travel, pointed out that U.S. travelers have been able to travel to other countries and said it was “past time we did the same in return.” 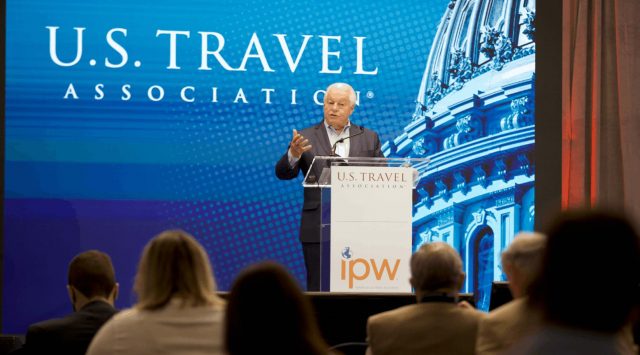