Hello Everyone and welcome to my monthly Blog for the World’s Greatest Vacations!

It’s been a busy month since I last wrote, when the WW2 Veterans were travelling on the Transatlantic Crossing on board Queen Mary 2.

I have just returned from a fabulous trip to Alicante in Spain. Apart from being a beautiful city complete with a traditional “old” town center and typically stunning sandy beaches, there is a lot of history to be discovered there and many fine, but inexpensive restaurants to sample.

The harbour and marina containing everything from the biggest superyachts, through nice motor cruisers down to modest sailboats, is a delight in which stroll and take in the atmosphere, particularly in the evenings under the twinkling lights, when the bars and restaurants there come to life. I’m always amazed by how late into the evening the Spanish like to take their dinners – the other day I saw food being delivered to several different tables at 20 minutes before midnight…!!

But this was a special week to be in Alicante, because from the 24th to the 29th of June 2019 the annual Alicante festival named “The Hogueras de San Juan” or in English, “The Bonfires of Saint John” was held.

What a great time to be in the city and to take in the amazing atmosphere for Alicante’s most important celebration..!! It’s history has to do with the time of year around midsummer and recalls ancient celebrations in which bonfires were lit to ward off evil spirits. 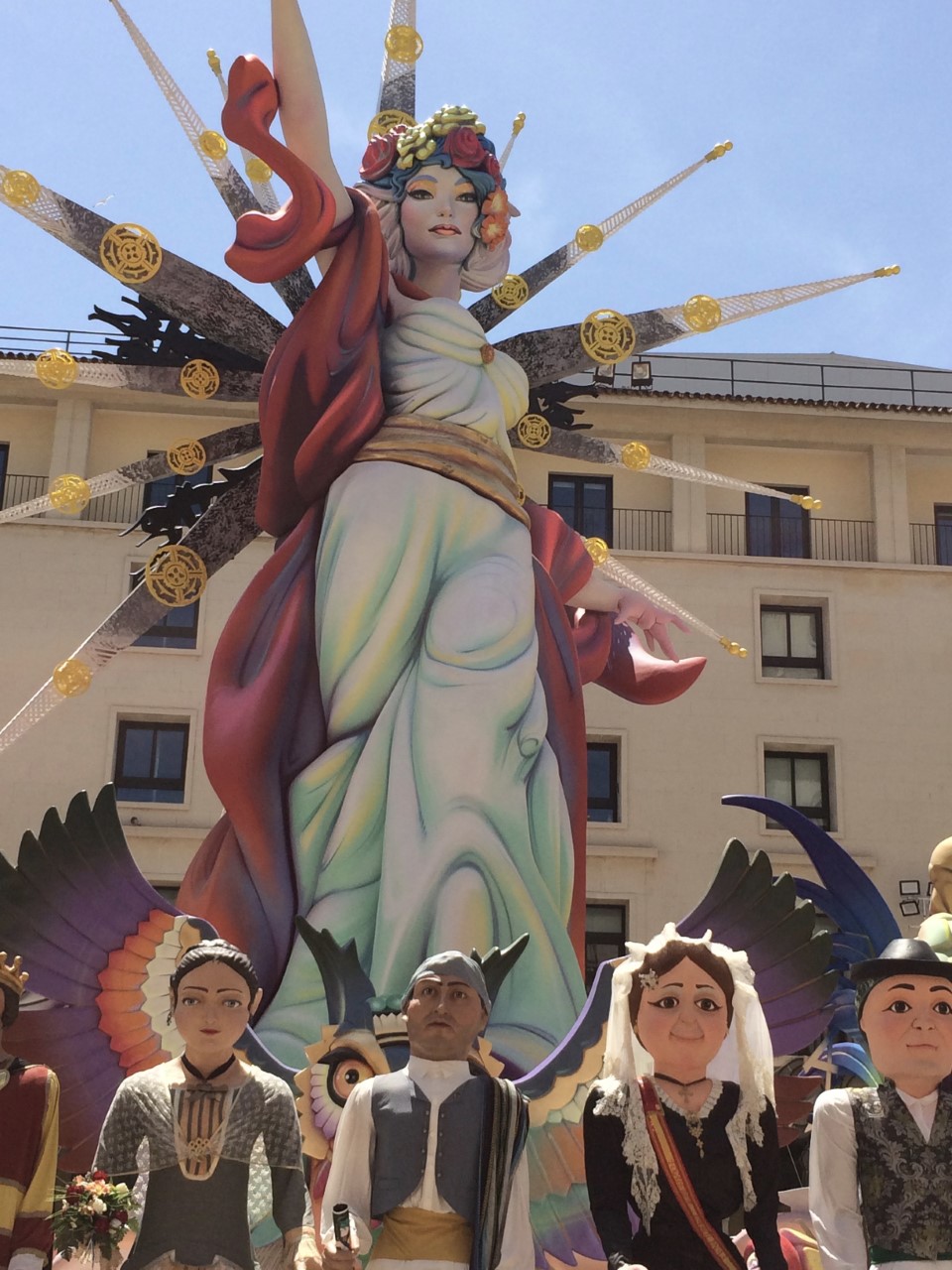 It is a festival dedicated to fire, including events such as the proclamation (the Pregón), the setting up of the bonfires (the Plantà), the procession of the effigies (Cabalgata del Ninot), parades and processions in different neighbourhoods of the city and the main event on the 24th June, the feast day of Saint John the Baptist, when large satirical statues made of cardboard and wood are set alight. These statues really are incredible and must take a long long time to construct and to paint so beautifully – all to be spectacularly burnt in a matter of minutes!

Officially declared to be of international importance, the Hogueras de San Juan go up in smoke on the 24th June during the spectacular “Night of Burning” or “Noche de la Cremà“, alongside the popular “Banyà” or “soaking” as firefighters put out the blazes.
Once the main celebrations are over, there is a fireworks competition on Cocó Beach at the far end of Postiguet beach, every night until the feast day of Saint Peter on 29th June. Truly amazing!

I mentioned it is a busy time for me – just back at home in England from Alicante two days ago and next, June 30th will find myself and my wife boarding Cunard Line’s Queen Victoria in Southampton, England for a two week cruise to Norway, Iceland and the Scottish islands including Stornoway in the Hebridean Isles.

This voyage constitutes my retirement voyage – thank you very much, Cunard! I am very much looking forward to being on the receiving end of the amazing Cunard hospitality instead of heading it up as Captain of the ship! It will certainly be a change for me, but I have a feeling I will adapt to becoming a guest on board ship rather well..! After all, what is there not to like??!!

Whatever your plans are for the coming month, be sure to check out The World’s Greatest Vacations to help you decide on your next travel adventures.

Bon Voyage until next time, 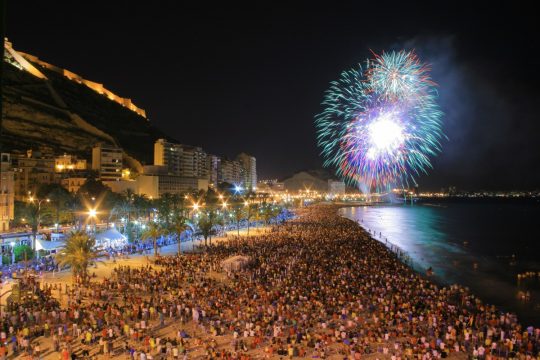