In the letters that come folded into holiday cards from friends, the customary recounting of trips taken that year were replaced in 2020 by reports of trips canceled: “We had a trip to Sicily planned for Easter break” … “We had trips scheduled to California and Maine” … “We had planned an entire family get-together.”

And what, according to these letters, has filled the holes that travel left? Local parks and hiking trails. Family Zooms. “We got kittens. Now they’re cats. I’m trying to think of anything else that happened this year,” wrote a college friend, Gerry Joria.

Gerry and I both grew up in Chicago, he on the South Side, I on the North. During our childhoods, the last time his baseball team, the White Sox, had won a World Series was 1917; the last time my Cubs had won was 1908.

In his Christmas letter, he viewed 2020 partly through the lens of growing up as a Chicago baseball fan in the second half of the 20th century. “Even if you’re not an avid sports fan, you can’t escape the mediocre results year after year. It’s the deep understanding that losses aren’t just inevitable; they’re the norm.”

Although it’s been quite some time since we in the travel industry have had to deal with year after year of losses, his next observation did seem to apply to us, albeit inversely: “The occasional winning season brings so much more joy than any Yankees fan could ever comprehend. It’s from an environment [of frequent disappointment] that ‘wait’ll next year’ becomes ingrained as a greeting.”

For those of us in the travel industry, the ingrained greeting has been more like, “If you thought this year was good, just wait’ll next year!” We were those Yankees fans; as travel’s GDP outstripped global growth for a decade, we became accustomed to back-to-back-to-back “best-ever” years.

So, our losing season, 2020, perhaps stings all the more, and “wait’ll next year” was said with a heavy Chicago accent.

Well, it’s next year, and while we’re glad to see 2020 in the rearview, it isn’t exactly as if on Jan. 1, 2021, we crawled out of the Inferno and into Paradise. But we can see Paradise. We think. And the psychology of knowing that, every morning, we’re a day closer to the end — even if we can’t accurately predict that end — is increasingly reassuring.

The vaccine makes us optimistic about the industry’s chances for a speedy recovery, but I can think of another outcome of the pandemic that should lessen the impact of future industry downturns.

In travel’s last crisis, the 2008-2009 recession, I received a phone call from the head of a large travel agency group. He asked if I would act as an intermediary to broker talks with suppliers about helping agencies survive the tough economic times ahead. His argument was that it was in their best interest to have a strong agency channel coming out of the recession.

I made some calls. Nobody was interested in taking a meeting with the group, explaining that they themselves were in survival mode.

In reality, I think some suppliers were also debating whether they actually wanted the agency channel to survive. The idea of moving agency business to direct bookings might have been contemplated as a long-term cost-savings opportunity.

In the dozen intervening years since then, there has been a shift in the supplier mindset. During the good times, when one might think it would be even more tempting for a supplier to go direct, advisors proved their worth beyond a doubt, not only filling ships, tours, resorts, planes and hotels but filling them with the highest margin business — flyers in the front of the plane, guests in the most luxurious suites and largest cabins.

That universe of high-value guests is a thin slice of all consumers. It’s easier to fill a mass-market product than a luxury product, partly because competition at the luxury end is so intense and partly because upscale travelers value their time: They don’t want to spend it sorting out their best trip options themselves, and they don’t want to waste it on a disappointing trip.

Suppliers showed support for agencies like never before during the pandemic, with double commissions on rebooked cruises, payment upon booking for some tours and cruises and, most recently, interest-free loans. And encouragingly, leaders in the supplier community communicated directly and frequently with agents and the leadership of consortia, hosts and associations.

For now, direct contact and direct support for agents has replaced thoughts of direct bookings. The continuing understanding that we’re truly “all in this together” can, I believe, inoculate the industry from the worst effects of future crises.

I think suppliers who have stepped up to support agents sincerely recognize agent-supplier interdependence, though it’s also possible that these feelings of mutual support may diminish once the crisis ends. 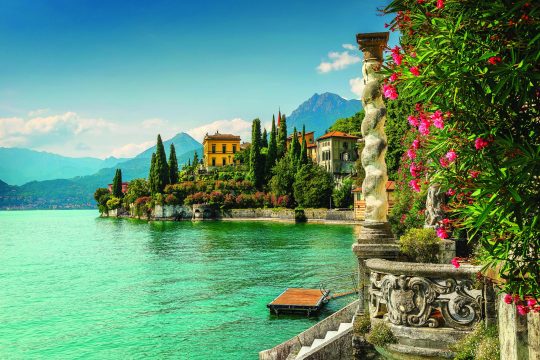