MARRAKECH, Morocco — The first speaker, sustainability consultant Juliet Kinsman, painted a rather grim picture of the world that her audience of travel advisors and suppliers might one day be selling.

Speaking this week at Open House, a day of content and networking that preceded the hosted buyer show Pure Life Experiences, she asserted, with backup data, that the pace of the natural disasters that we’ve seen this summer — from California wildfires to Europe’s heat wave to Pakistani floods — would only accelerate in coming years.

Kinsman — who had to evacuate her basement flat in London when it flooded in 2021 after a month’s worth of rain fell in a day — pulled no punches, focusing on apocalyptic current events and a vision of a frightening future if climate change is not effectively countered.

I have to say that, despite her stated intention of “future-proofing,” it was as gloomy an opening session as I could recall, even after she was followed by three suppliers — Pegi Amarteifio of Small Luxury Hotels, Joss Kent of AndBeyond and Sorya Gaulin of the Fogo Island Inn — who described changes they’ve instituted that, if universally mimicked, could go far in slowing the impact of climate change.

The next session, though not overtly connected to the first, was nonetheless relevant. Neuroscientist Katherine Templar Lewis and marketer/author Sam Conniff presented findings on research into how human beings deal with uncertainty. (The pair has adopted the oxymoronic brand “Uncertainty Experts” for their projects.)

Although uncertainty is typically framed as a threat, Conniff said, it can also be a spark to creative thinking. Their research shows that creativity is the minority response; for most people, uncertainty triggers anxiety and behaviors which fail to address potential challenges in an effective way.

It appears at this point that, even collectively, the efforts of enterprises such as Amarteifio’s, Kent’s and Gaulin’s, which respond to uncertainty with creative solutions, are not slowing climate change in a meaningful way.

And most surveys I’ve seen suggest that the majority of travelers are more concerned about cost than sustainability.

Later that day, in a talk about “What Luxury Travelers Want Right Now,” Edward Hooper, CEO of hotel consultancy Leading Quality Assurance, said his research indicates that hotel management is even less concerned about sustainability than their guests.

The seriousness of the threat of climate change was identified decades ago, and when our current situation is compared to early projections of where we were headed, it turns out that, despite the efforts that have been made to forestall an impending climate disaster, we’re pretty much exactly where those early projections said we would be. The problem has risen in proportion to solutions.

As a result, a growing number of researchers who study the climate and oceans have shifted their focus from prevention to exploring ways to live with a changed world.

For example, in response to the increasing acidification of oceans and the threat that presents to coral reefs (and, in turn, humans), the search is on for corals that can thrive in higher acidity. And to ensure that no one species becomes vulnerable to the threat, they’re looking for not one but 30 such species.

Of course, the apparent lack of meaningful progress in slowing climate change doesn’t mean that we should stop adopting practices we know are more sustainable than others. Things would be far worse if the cumulative efforts being made today were abandoned.

But given the uncertainty of where we may be headed, it seems that the various segments of the travel industry should, in addition to ramping up efforts to slow climate disasters, be planning for potential changes in the event predicted climate-related outcomes come to pass.

The reaction of human beings as the pandemic appears to be winding down certainly suggests that the desire to travel is hard-wired into us, regardless of challenges and inconvenience. The coming issues are likely to be greater than canceled flights and diminished service (though those may be a regular feature of travel’s future, as well).

Will travel divide even further between haves and have nots, with the wealthy trading “authentic” experiences for safety and security, retreating to bubbles of comfort and excess in an increasingly uncomfortable world? Or will current travel trends springing from empathy and altruism accelerate along with the world’s problems?

The Uncertainty Experts cited a Financial Times article indicating that the most conservative estimate of the daily number of natural disasters could reach 1.5 daily by 2030. Will travel advisors, by necessity, have to become crisis management experts? Will airlines be able to predict, and have options to bypass, disaster zones? Will cruise ships find some areas so hurricane- and cyclone-prone that they cease to be on itineraries? How will rising seas impact port operations? 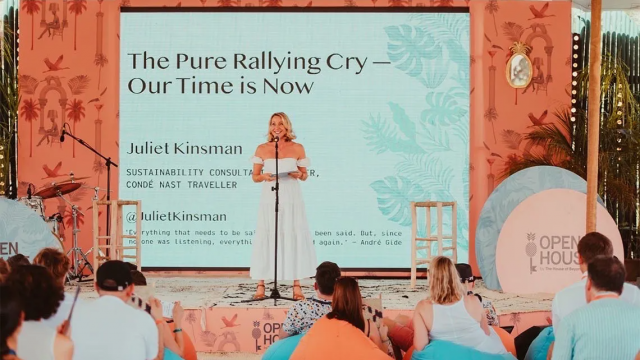