We are all that kid in the back seat, knowing we haven’t arrived but unable to stop asking if we’re there yet. Does the stream of border openings, cruise restarts and lifting of protocols, quarantines and mandates mean that arrival at our destination — the unequivocal recovery of the travel industry — is imminent?

We’ve been on the road to travel’s resumption for quite some time, but we have no parent in the front seat to estimate when we’ll arrive. And given the nature of the rough road we’ve taken to get this far, we can’t help but worry that, even with our destination in sight, it could dissolve as we get closer, like a mirage of wet pavement on a hot desert road.

I think we can predict with some certainty that, for a period, the road will continue to be bumpy. Every sector of the industry is giving mixed signals: Cruising’s Florida-based brands are restarting (or have announced restart dates) but the lines that want to cruise with fully-vaxxed passengers are running up against a Florida governor who says they can’t take steps to confirm who’s been vaccinated and who hasn’t. Hotels are coming online quickly, but others are still closed because there’s not yet enough demand to reopen. New air routes are being announced daily, but profitable front-of-the-plane business travel still has a big question mark hanging over it. And on any given day, borders openings are announced … and previously announced openings are delayed.

And then there are the variants of the Covid virus, with the possibility of more popping up until a greater percentage of the world’s population is vaccinated.

I do believe that most of what we’re seeing are speed bumps rather than roadblocks, with the variants being the most worrisome. The cruise lines and the governor cannot remain at impasse forever. And the NYU International Hospitality Industry Investment Conference, held earlier this month, was very upbeat.

Airlines, perhaps, face the toughest challenges as regards business travel, but as has been pointed out, Zoom appears to be a great, money-saving alternative to business travel until the first sale is lost to a competitor who met with the prospect face-to-face. And the EU, with its Green Certificate health pass, will work out its initial difficulties — it’s still the most progressive innovation a region has adopted to get travel going again.

I participated in a panel last week hosted by the Public Relations Society of America. My fellow panelists, Starlight Williams of National Geographic, Sean Patrick Flynn of Travel + Leisure and I explored, with the help of moderator Pauline Frommer of FrommerMedia, changes that have occurred during the pandemic that may outlive the pandemic.

One of the questions: Who will consumers turn to for guidance in a world where travel is considerably more complicated than it was two years ago and, as noted above, conditions change frequently?

All three panelists agreed that consumers will increasingly turn to travel advisors for assistance and counsel.

And Williams said something that I think has interesting implications for how an entire generation’s view of travel may have changed going forward: She noted that influencer-backlash occurred during the pandemic. Many of their followers felt their continuing to travel and post in locations where pandemic suffering was high revealed a level of insensitivity and vanity that was profoundly inauthentic. It led to both widespread rejection of the commercial backing that underwrites much influencer travel as well as a realization that there is much more to gain from travel than bragging rights.

(Just days before, I had met a woman whose Wikipedia page describes her as an influencer but, when I asked her about it, she repudiated the label, saying “I prefer to say I’m a travel expert.” I didn’t realize it at the time, but she clearly understood that a sea change had occurred.)

There are implications for advisors in this movement. Advisors who come across as having commercial interests undergirding their advice will be more suspect than those whose enthusiasm and sincerity matches a TikTokker but also offers, on top of that, truly expert advice, assistance, availability and a path to authenticity.

I think this is perhaps a Covid silver lining. Influencers have certainly influenced people to travel, but often by bringing their followers to certain locations and in doing so sometimes contributing to overtourism and highlighting the superficial while neglecting the authentic. 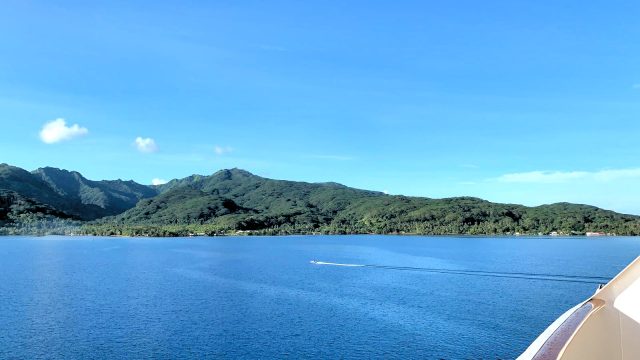