Perhaps it’s not surprising that a side effect of the pandemic is introspection. That may be particularly true for those in the travel industry, an extroverted industry if ever there was one. But I’ve gotten the sense that some of the time that would have been spent on the road or at events and conferences since March has instead been given over to reflection.

Last year, we had seven contributions to our Forum section, where readers express opinions on industry topics. This year, we’ve published 25 Forums, with contributors speculating about what the future will bring.

The killing of George Floyd and the rising prominence of the Black Lives Matter movement in 2020 has added an urgent issue to the mix as we ponder a regenerated travel industry. The words “restart,” “resumption” and “recovery” are frequently used as we look forward, but taking those 25 Forums in aggregate, it appears that most writers also see a need for “restructuring.” And part of that restructuring is the need for a more inclusive industry. It’s been the topic of more than one essay.

Travel Weekly and its parent company, Northstar Travel Group, are among the entities that are behind where they ought to be in terms of inclusion, and we have instituted both an external Black Travel Advisory Board comprising Black travel professionals to help guide us and an internal diversity and inclusion committee to promote positive change within the company.

It was through the latter that I became familiar with a nonprofit called I Am Cultured. One of my colleagues at Northstar, Reggie Hudson, is active in the group, which prepares under-resourced high school kids for life by, among other activities, sending them abroad.

I spoke recently with its founder, Karmia Berry, and at her invitation attended a fundraising street fair in the Bedford-Stuyvesant neighborhood of Brooklyn.

Berry grew up traveling; her mother was a special services representative for British Airways, and travel, over material goods, was the family priority. She took her first trip abroad, to Abidjan, Ivory Coast, when she was 1 year old.

And when she was 11, she went for four weeks with a people-to-people group to Australia and New Zealand, one of two people of color out of 500 participants. “I was OK, I made friends,” she said of that trip. “But as I got older, I spoke with more and more peers who had never traveled until they were in college or later.”

Those friends had attended camp or spent summers with family; Berry’s family outside the U.S. lives in Europe and the Caribbean, so her summers were spent abroad.

Travel, she believes, made her more compassionate, understanding and patient. “Realizing what it meant to me as a teen — well, I wanted to give back.”

In addition to being CEO of I Am Cultured (the last word is an acronym for “Confident, Unique, Leading, Tenacious, Unstoppable, Regal, Educated, Daring”), she has a private practice as a family and marriage therapist. And although travel is at the center of her organization — she talks about “travel therapy” and what it can do for teens socially, psychologically and intellectually — she also wants to nurture skills that help students more broadly. “The outside world may be chaotic, daily life within the household may be chaotic, but teens have aspirations, and the organization can help them succeed in their personal and professional goals.”

She decided to target 10th graders with a program that would bring them abroad for two consecutive summers. “That’s an adjustment year. Some may be preparing for their [college entrance exams], but we’re also looking for those who may not be especially engaged but have a bright future. They only need someone to pull them in.”

Over two years, students participate in workshops that focus on financial literacy, mental health, college and career readiness, unlocking the power of their voice and travel preparedness. “Some of these kids have never been on an airplane or maybe never outside New York City. We prepare them to go through the airport, through TSA, tell them there may be turbulence, that their ears may pop.”

The program began in 2017, and so far her groups have gone to Ghana, Belize and Cuba. Of the 13 who have graduated high school, 11 have pursued higher education. “These kids are being opened up,” she said. “Travel strengthens us, inspires us, puts things into perspective. They come back from a trip and say, ‘Now what, what’s next?’ We want to be there to support them through what’s next.”

This year, money had been raised for 32 students from Brooklyn and the Bronx to go to Italy or Ghana, but it all came to a halt in March. “They were disappointed, we were disappointed,” Berry said. “We’ll try again in 2021.”

In the meantime, along with my colleague Reggie Hudson and with the support of Northstar, Berry is working on virtual programming to keep the students engaged with travel. Her main fundraising event, an annual gala, has been canceled, but she’s exploring other ways to raise money. “There’s an obvious need for this,” she said.

If you are among those who have reflected on ways to help the industry become more inclusive, take a look at iamcultured.org.

It reflects a small step in restructuring the industry. But an inspiring one. 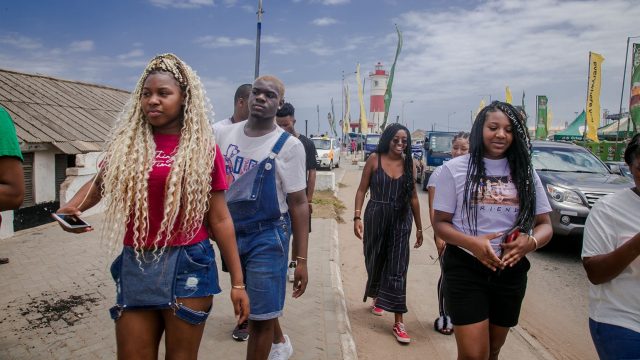