Carnival Corp. said on a fourth-quarter earnings call that advanced bookings for the first half of 2022 are better than they were for the same period of 2019.

“We are seeing good demand in all of the various cruise markets, whether it be Caribbean itineraries, Europe itineraries, there is good demand for Australia, world cruises, etc.,” said CFO David Bernstein. “It’s broad-based and across all the brands.”

Carnival Corp. CEO Arnold Donald also said bookings were “robust,” both before and after the vaccine news.

“We haven’t seen any dramatic shift in that,” he said, adding that between pent-up demand and its large database of former cruises, “We haven’t experienced a demand challenge for cruises.”

The company reported that as of Nov. 30, approximately 45% of passengers on canceled cruises had opted for future cruise credits (FCCs) while about 55% had requested refunds. Of Carnival’s $2.2 billion in customer deposits, the majority are FCCs. About 60% of bookings taken during the fourth quarter for fiscal year 2021 were new bookings as opposed to FCC rebookings, the company said.

Bernstein said that about 45% of FCCs are still unapplied.

“We’d expect these FCCs to turn into bookings over the next six to 12 months,” he said.

Carnival also said that it has enough liquidity to withstand another full year with no revenue but hopes all of its ships will be sailing by the end of 2021.

“We hope to have all of our ships operational by year end,” said Donald.

Bernstein said that the cruise company had ended the year with $9.5 billion in cash and has “the liquidity in place to sustain ourselves throughout 2021, even in a zero-revenue environment.”

Carnival it had raised most of its capital through debt this year, and in the last few months had strengthened its capital structure by raising $2.5 billion through equity offering programs and by the early conversion of $1.5 billion of convertible debt. Carnival Corp. said it had $19 billion since March through a series of transactions. 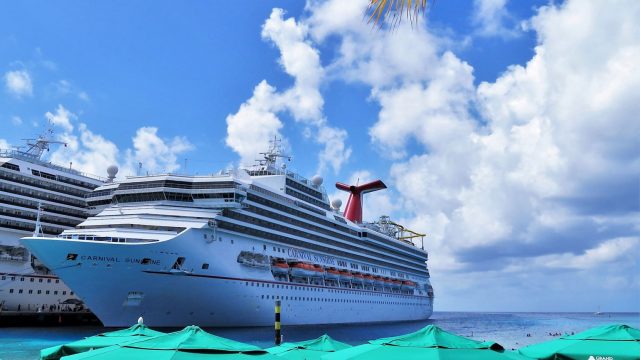