At Florida-based Cruise.com, the phones have been ringing continuously as clients try to understand the latest health-related requirements to cruise.

Until last week, big-ship cruising was the only segment of the U.S. travel industry still shut down. As much progress as there has been to change that — Celebrity Cruises was to mark the first sailing from a U.S. port in 15 months on June 26, while Royal Caribbean International, Celebrity, Windstar and Silversea all launched ships in both the Caribbean and Greece in the past two weeks — there has also been a confusing spate of policy changes around CDC guidance, Florida law and the cruise line’s own policies making an already difficult comeback even more complicated to navigate.

“It’s a situation where you’re told one thing and then told, stay tuned, it can change,” Hamawy said.

On June 19, a federal judge in Florida surprised many legal experts by siding with Florida in the state’s lawsuit challenging the CDC’s Conditional Sailing Order, which has blocked cruise ships from resuming service during the pandemic. The judge also granted a preliminary injunction that prevents the CDC from enforcing the order as of July 18.

Related: Expect the unexpected? Florida prevails in CDC case
While the news may have seemed like the end of the order for cruise ships sailing from Florida, the lines know that’s not the case.

The CDC can appeal, and the judge, Steven Merryday, ordered both sides to return to mediation to attempt, again, to work out a solution outside of court, a process that had previously failed. He also gave the CDC until July 2 to propose a more narrow injunction.

And those legal experts who thought the case had no chance before? They haven’t changed their tune.

“When I read the complaint, I laughed,” said Charlie Papavizas, chair of maritime law practice for Winston & Strawn. “It was basically, we don’t like your rules so we don’t want them to comply with them. That doesn’t meet any legal standard.

“They would have to prevail on appeal,” he added. “It’s hard to imagine that they will.”

Papavizas also said the CDC is likely to negotiate with the state and that many such cases end up being settled.

“What I know is that the federal government can regulate a foreign ship when it’s in the U.S., and that’s a tradition that goes back to the beginning of our country,” he said, adding that, regarding the judge’s argument that the law exceeds CDC authority, “it’s hard for me to imagine winning that one on appeal. If we don’t have an agency that has very broad authority during a public health disaster, then we better get one.”

For advisors and cruisers, the ruling adds a layer of uncertainty to an already confusing situation. Florida says no business can require proof of vaccination, yet inoculation is a key element in many cruise line restart plans.

Royal Caribbean Group’s Celebrity and Royal Caribbean International have been adjusting on the fly in order to launch ships as planned from Florida ports while not running afoul of either the CDC or Florida law.

In May, the company said that Celebrity would maintain a 95% vaccination threshold on its ships while Royal decided to enable families with children under 12, who are ineligible for vaccination, to sail as long as anyone eligible for the vaccine had gotten one.

But then earlier this month, Royal reversed its policy for ships sailing from Florida, with Royal Caribbean Group CEO Richard Fain saying the company has to follow the “law of the land.”

Celebrity, however, was granted permission by the CDC to sail based on maintaining a 95% passenger vaccination threshold. Yet, to comply with Florida law, it could not require proof of vaccination. The brand settled on changing its age 16-plus vaccine mandate on sailings from Florida to a recommendation and to regard any guest who declines or is unable to voluntarily show proof of vaccination at boarding “as unvaccinated and subject to additional protocols, restrictions and costs for Covid-19 testing.”

Those additional requirements include four tests: one taken within 72 hours prior to arrival at the cruise terminal, one at the pier prior to boarding and two onboard — one midsailing and the other at the end of the cruise, at a cost of $178 per person.

Unvaccinated passengers will also have to wear masks onboard at all times except while in their cabins or while eating or drinking and will have designated seating areas in some public venues.

Celebrity also said that, depending on local government requirements, unvaccinated guests may be restricted from going ashore.

In contrast, vaccinated guests do not have to wear masks onboard and will not be charged for the reentry test required to return to the U.S. at the end of the cruise.

“They are allowing unvaccinated people to cruise but making it really undesirable to cruise if you’re unvaccinated,” said Hamawy. “It’s a smart move. They found a middle ground.”

Hamawy expects that for advisors, navigating these changes will be part of life for at least the next few months, especially as ships depart from more states.

“The biggest challenge will be how the rules apply from state to state,” he said. “It looks like Florida cruising requirements will differ from other markets and states, and that’s probably here to stay for at least a couple of months. Hopefully, we can get past this sooner than later. I don’t expect much normalization until the tail end of Q4, going into next year.” 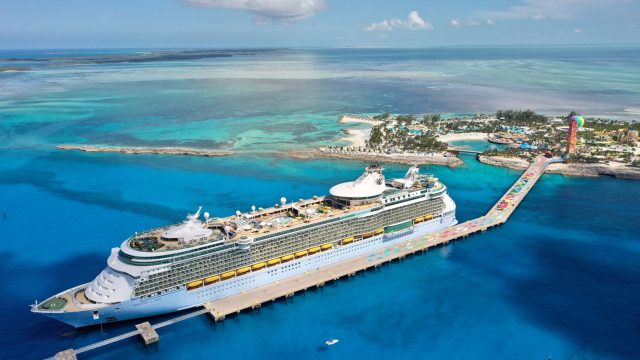