From the South Pacific to the Chilean Andes!

Before I tell you more of my recent trip to the amazing country of Chile, it’s worth mentioning that my good friend and the “main man” behind The World’s Greatest Vacations, Richard Shane is currently travelling with Paul Gauguin Cruises aboard their award winning luxury small ship “Paul Gauguin” in the South Pacific.

Paul Gauguin specialise in luxury Tahiti and French Polynesia cruises and their ship was specifically designed with a shallow draft under the waterline to enable her to glide through the shallow seas of the South Pacific and into many smaller destinations.

She could not be any more different than my last ship, Queen Mary 2, which carried 2600 guests, as the Paul Gauguin carries just 332 guests and is only 504 feet in length compared to Queen Mary 2’s 1132 feet in length!

Despite her intimate size (or maybe because of it!) guests aboard Paul Gauguin’s luxury cruises enjoy spacious suites and staterooms (more than 70% with private balconies), an onboard watersports marina, three dining venues, an extensive spa, and five-star service. Life onboard also reflects the beauty and rich cultural heritage of the islands she calls upon, with a warm, friendly feel, informal setting, and even a beloved troupe of Gauguines and Gauguins —local Tahitians who serve as cruise staff, entertainers, and storytellers. It sounds so good and why not learn more about Paul Gauguin Cruises through The World’s Greatest Vacations website…!! 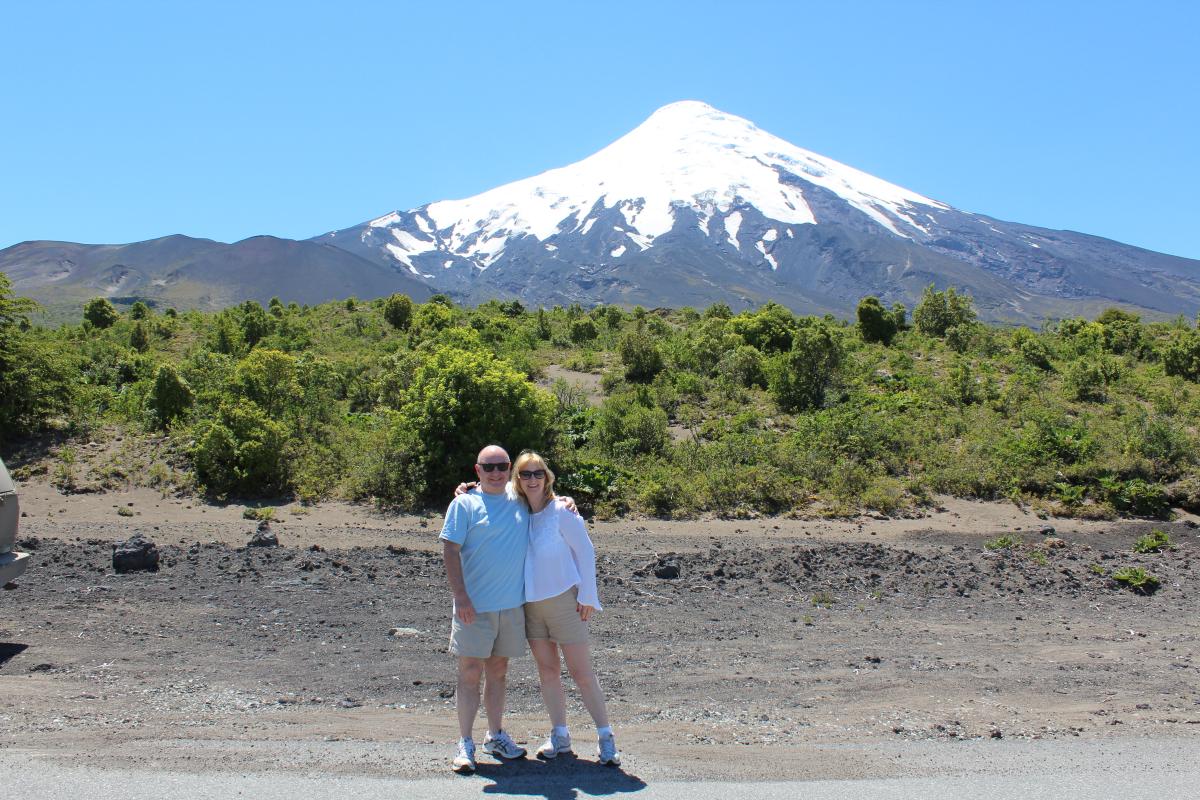 Back to my recent adventures in Chile and I really wanted to tell you about a trip to a magnificent volcano in the Los Lagos region where we were staying.

Osorno Volcano is a 2,652-metre (8,701 ft) tall classic conical volcano lying between Osorno province and Llanquihue Province, in Los Lagos Region of Chile. It stands on the southeastern shore of Llanquihue Lake and Osorno is known worldwide as a symbol of the local landscape, and is noted for its similar appearance to Mount Fuji, in Japan.

After a long drive up the surprisingly good roads on the lower slopes, we discovered that there is a chair lift on Osorno which can you take you a long way up the volcano – in fact right to the snow line (or more like “ice line” as it turned out!!). This is a skiing destination in the southern hemisphere winter, but being their summer time in January when we were there, the vast slopes consisted of the deep grey colored volcanic lava stones and dust. Very like I imagine the surface of the moon must look! 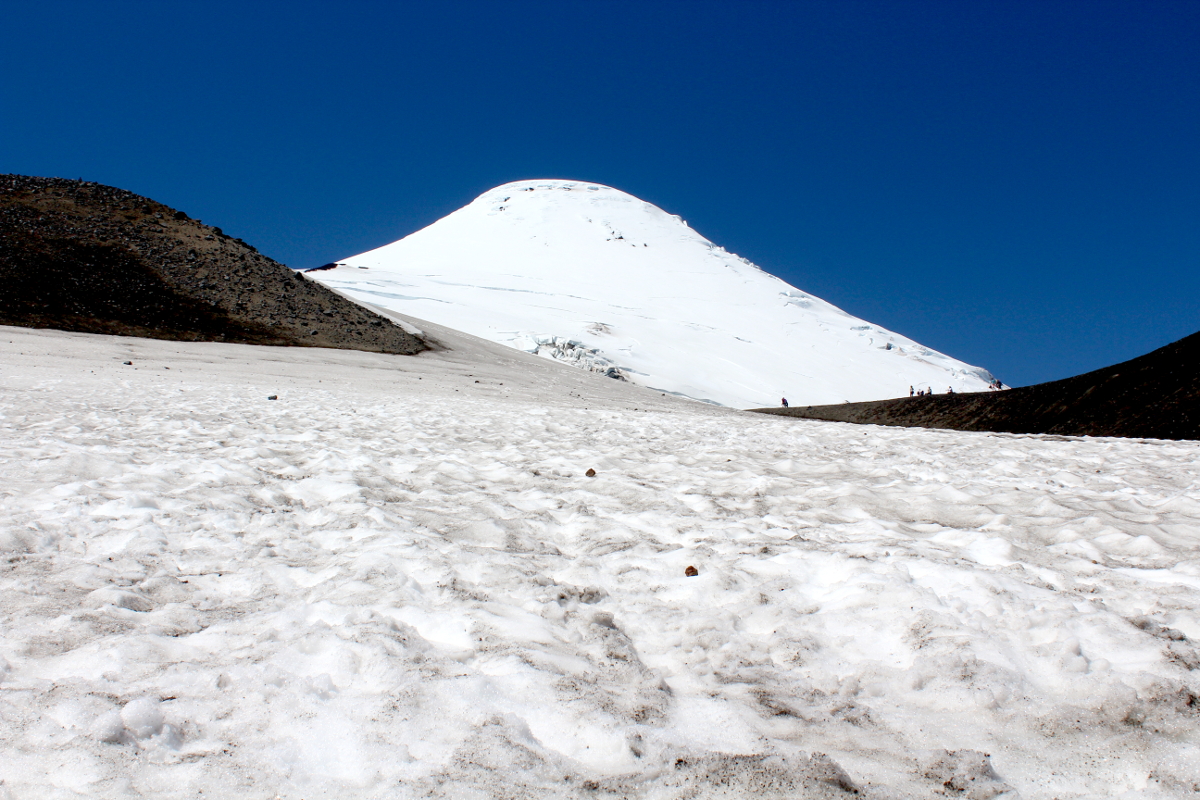 Once at the top station of the chair lift, a walk of a couple of hundred yards took us right onto the ice itself and looking around us we took in one of the most amazing views we have ever seen our lives! The southern Chilean Andes stretched out as far as the eye could see and we quickly realised we were at a higher altitude and therefore looking slightly down on many of the other peaks! I hope the photos I’ve included do some justice to these views!

More to come in future blogs, but for now enjoy planning your travels as much as you enjoy the actual travelling…!!