Going off the beaten path on Oahu

For repeat travelers to Oahu, the list of things to do becomes more refined each time. It’s no longer necessary to go to Pearl Harbor, Diamond Head or any of the other top tourism highlights. This is when it’s time to dive deeper and look at the places that are just as interesting but a bit quieter.

Iolani Palace is well known in Hawaiian history, but there are two other homes owned by royalty that visitors can tour. Near Iolani Place is Washington Place. It’s used today as the governor’s mansion; however, it was the private residence of Queen Liliuokalani after her forced abdication. She lived there from 1862 until her death in 1917. Tours are given regularly.

In Nuuanu Valley, about 10 minutes from downtown Honolulu, Queen Emma Summer Palace can be found. From 1857 to 1885, it was the home of King Kamehameha IV (also known as Alexander Liholiho); his wife, Queen Emma; and their son Prince Albert. Now it’s a museum managed by the Daughters of Hawaii society.

For a closer look at Hawaii’s cultural and natural heritage, the Manoa Heritage Center offers small tours through a garden of native Hawaiian and Polynesian plants and to see the only intact and restored heiau (traditional Hawaiian temple) in the area. Visitors can also learn more about Manoa Valley, Hawaiian sustainability and the Cooke family, who founded the center in 1996.

Koko Crater is known for its steep railway trail to the top, but on the other side is the Koko Crater Botanical Garden, which most people miss. It features 60 acres of pathways that take visitors through a 2-mile loop of plumeria trees, a cactus garden, a kiawe grove, native Hawaiian plants and more. The walk takes about 1.5 hours, so bring plenty of water and a hat.

One of the most beautiful hidden gems on the island, Shangri La, is also one of the best representations of Islamic art and design in the U.S. It is the former home of Doris Duke, the daughter and heir of wealthy industrialist James Buchanan Duke, who acquired an impressive collection of art, ceramics and textiles during her travels and brought them to her home. It’s now a museum, and docents give public tours with reservations. There are so many details in each room’s design that once you leave, you’ll want to go back.

The Lijestrand House, designed by renowned architect Vladimir Ossipoff, provides an outstanding example of mid-20th century architecture. Visitors can book tickets for a 90-minutes tour that takes them through the house and talks about Ossipoff and his work. Private sunset tours are also available and give up to eight guests two hours to spend on the lanai overlooking Leahi (aka Diamond Head) with wine and light appetizers.

On the North Shore, Kahuku Farms offers a grand tour of its family farm that “has been feeding Hawaii for over 100 years with the freshest local produce.” The one-hour tour is popular with couples and families with kids and takes them through the fields in a tractor-pulled wagon. Afterward, stop by the farm cafe where the food was made with ingredients from the farm. 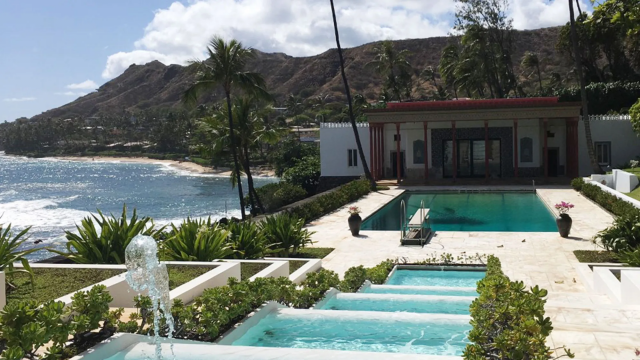