Hindered during the pandemic, city tourism has come roaring back

RIYADH, Saudi Arabia — Urban destinations are not only back, but they will drive the next decade of travel recovery, according to new data from the World Travel & Tourism Council.

WTTC’s Cities Economic Impact Report, released Wednesday at its Global Summit, analyzed 82 city destinations and found that prior to the pandemic, major cities accounted for almost half of all international visits. After a major decline in urban tourism during the early part of the pandemic, its contribution to GDP is expected to grow faster than other sectors by 2032, the report found.

The study, sponsored by Visa, shows that city tourism’s direct contribution to GDP will grow to 1.1 trillion in 2023 in 82 cities combined, up from $582 billion this year.

Both leisure and business travelers are flocking back to cities, WTTC found, with ten of the 82 cities projected to exceed pre-pandemic levels in terms of direct travel and tourism GDP contribution this year alone. Of those cities, Qatar’s capital of Doha will see the largest increase, 21%, from 2019 to 2022 due to the World Cup soccer tournament.

In Europe, Warsaw is expected to see a 14% jump in 2022 versus 2019. In the U.S., Orlando leads the way with a projected 10% increase. Direct travel employment is expected to return to 2019 levels in 11 cities, including Rio de Janeiro, Johannesburg and Chicago.

Between 2022 and 2032, the strongest growth in direct travel GDP is expected to be concentrated in the Asia-Pacific region with Hong Kong (15%), Bangkok (13.1%) and Jakarta (12.8%) being the top performers. Saudi Arabian cities Riyadh and Jeddah are also expected to see strong growth.

WTTC CEO Julia Simpson said it’s a major turnaround from the pandemic’s start when everyone “yearned for the great outdoors” and leisure travelers sought out less-populated destinations such as coastal and rural areas, battering urban economies and forcing thousands of hotels, restaurants, and attractions in cities around the world to close.

“Cities have been slower to come back,” she said. “But now they go for the culture and architecture and entertainment and shopping. They go for all the reasons that have always attracted people.”

Jeni Mundy, Visa’s global head of merchant sales and acquiring, said that factors such as the strong dollar are pushing travel to cities outside the U.S.: “It’s a great time to be an American in Europe,” she said.

She also pointed to a surge in cities that served as filming sets to popular shows and movies such as the city of Bath, England, which outperformed most of the country after getting a bump from the hit Netflix show “Bridgerton,” which was shot there and where fans can take Bridgerton tours.

“Streaming presents a new route to boosting travel demand,” Mundy said. “People binged during the pandemic and started thinking of where to go.”

Hindered during the pandemic, city tourism has come roaring back
ForwardKeys similarly revealed in new data that sun-and-beach destinations have proven to be the most resilient throughout the pandemic, reaching 70% of 2019 levels in 2022, urban trips are catching up. By December, the two sectors will be nearly level as demand for sun-and-beach holidays slows during the Northern Hemisphere’s winter months. Cities driving the trend include Istanbul (96% of 2019 levels), Madrid (78%), Oslo (75%) and Dublin (71%). 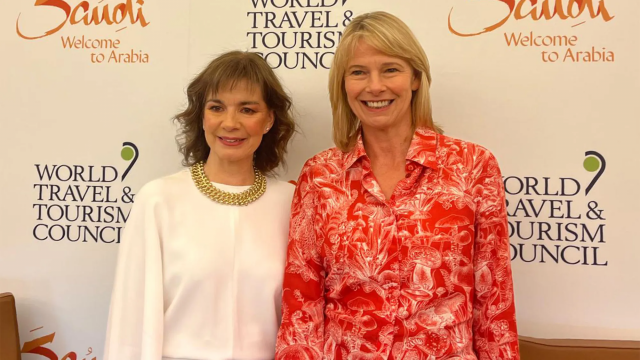