How to be effectively desperate

Our situation may be worrisome, but we have to be measured and creative with how and when we show that. Consider how five desperate travel industry components — hospitality, European destinations, cruise lines, airlines and U.S. destinations — behaved this month.

Half the members of the American Hotel and Lodging Association (AHLA) are in danger of foreclosure, and, absent government relief, 68% would last only six months. Without additional assistance, 75% will lay off additional employees.

The AHLA issued a press release this week detailing all this, adding a dig at a Congress it says “has done nothing.”

Its efforts to get legislators’ attention, they say, resulted in more than 200,000 letters, calls and tweets aimed at that do-nothing Congress. By conventional measures, a well-run campaign, though so far without the desired end result.

Concurrently, an alliance of 25 Europe-based travel associations urged the president of the EU to support the development of uniform testing protocols for travel. They noted 27 million jobs were at stake and that travel and tourism represents 10% of the EU’s economy.

But their desperation showed in ways that undermined their position. In the same week that countries across Europe were seeing spikes in Covid-19, they tied their argument to a rant against “extreme travel restrictions — in particular, quarantines,” asserting that they “are not an effective way to fight the pandemic” and instead amounted to a “demonization of our industries.”

“We desperately need to see some light at the end of the tunnel,” they concluded.

I imagine this letter arrived at the office of the president of the EU with a thud. It was dead not on arrival but dead before it was even signed by its petitioners. Their desperation clouded their argument. While most reasonable people would support continentwide testing protocols, are there any EU countries that will give up their right to quarantine? Or to close borders? Certainly not Portugal, which has contained the pandemic better than most by doing exactly what the signatories are railing against.

The U.S. cruise industry, in contrast, has proven itself to be a model of restraint. However desperate hotels may be, most have the option to open. European countries have a mishmash of border regulations but can at least feed off domestic tourism. For the moment, however, the largest cruise market in the world — the United States of America — is shut down and at the mercy of the CDC, which has mandated a “no sail” order.

Whatever opinions about the CDC may be expressed behind closed doors in CLIA meetings, the lines have, for the most part, bent over backward to demonstrate their willingness to cooperate, self-regulate and even hire high-profile experts to create a blueprint that will, at no small expense, minimize passenger risk. In contrast to the EU countries and despite a complete lack of revenue, as the industry released its recommendations this week it projected patience, calm and confidence. What desperation it feels, it masks.

The previous week, the CEOs of our nation’s airlines met with President Trump’s chief of staff, Mark Meadows, to ask for support for subsidies beyond the $25 billion they received in the first round of government aid. Republican senators have since introduced a bill to give airlines another $25.5 billion.

What the CEOs said to Meadows and Meadows said to lawmakers is unknown, but this direct lobbying may have reaped dividends and saved jobs.

On the premiere of “Monday Night Football” earlier this month, the U.S. Travel Association launched the $10 million “Let’s Go There” campaign. The concept — that travel planning brings happiness and that people should begin charting their next adventure — is spot on but strikes me as woefully underfunded.

To put that $10 million into a broader context, earlier this month the Waikiki Embassy Suites spent $8 million to refit 369 units. Yet tonight, across America, most of the approximately 5 million hotel rooms will remain unoccupied.

Perhaps we should look abroad — East, not West — for a fresh approach to desperation. Singapore, population 5.6 million, is spending $33 million to get Singaporeans to explore their home country and issued $257 million in credits to stimulate domestic tourism spending.

Which makes me wonder: Would the billions being asked of the government to support travel be better spent stimulating travel rather than on subsidies?

To match Singapore’s travel credits proportionate to our population, the government could provide approximately $15 billion in credits to stimulate domestic travel, a $972 billion economic engine that supports 9 million jobs. Not a bad return on investment, and significantly less than airlines alone have asked for.

And for the moribund cruise industry, credits could be applied to future cruises.

Americans need a vacation. The industry needs help. A government-subsidized vacation may sound radical, but desperate times call for creative, not desperate, measures. To me, travel credits make more practical and economic sense than the current popular alternative: industrial begging, cap in hand. 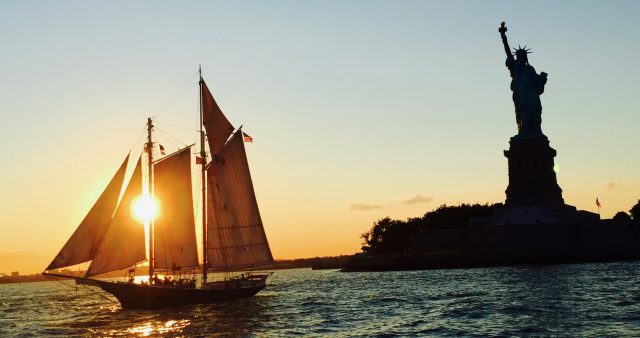