You will know from the home page of The World’s Greatest Vacations that you can “Discover a world of opportunities with Cunard’s Sailing Soon Savings”!

Well that phrase immediately takes me right back to when I was a young 28 year old Second Officer just about to join my first ever passenger ship in 1989, Princess Cruises’ Sea Princess – what a “world of opportunities” lay before me at that time and I certainly knew that I would be “sailing soon”….!

Until then I had learned my trade on various types of freighters and even on huge oil tankers bringing crude oil into Texas from Africa. Although I would never want to change that experience, as it was the ideal way to really learn the business through sheer hard work, a different life lay ahead of me on the cruise ships. Still hard work of course, but so much more varied and interesting, meeting all the guests and taking them to interesting destinations. As someone said to me as I joined that first passenger ship: you’ll find that on these ships the cargo talks back to you…!!!!!

The Sea Princess in 1989 had a crew of around 400 and I was used to being on freighters with a crew of about 25 persons at the most! What a difference! Compare that however, to my last ship Queen Mary 2 where the crew numbers an amazing 1250 persons from over 60 different countries!

In 1989 the TV comedy series The Love Boat was still incredibly popular and that was mostly filmed on another Princess ship – the Pacific Princess, which simply became known as “the Love Boat”! I’m convinced that cruising boomed from those days onward, due to the success of The Love Boat and Captain Stubing, played in the series by the actor Gavin Macleod!

I had moved into cruises at exactly the right time – the boom in the industry is still going strong even in 2018! I would later move to work on board Pacific Princess and eventually served on her in every rank except Captain. She was without doubt one of my very favorite ships!

Talking of “love” leads me onto another topic for this week – Weddings at Sea. Never once in my wildest dreams did I ever think when I went to sea as a young Cadet to learn to navigate ships that I would one day be officially marrying guests on board them!! 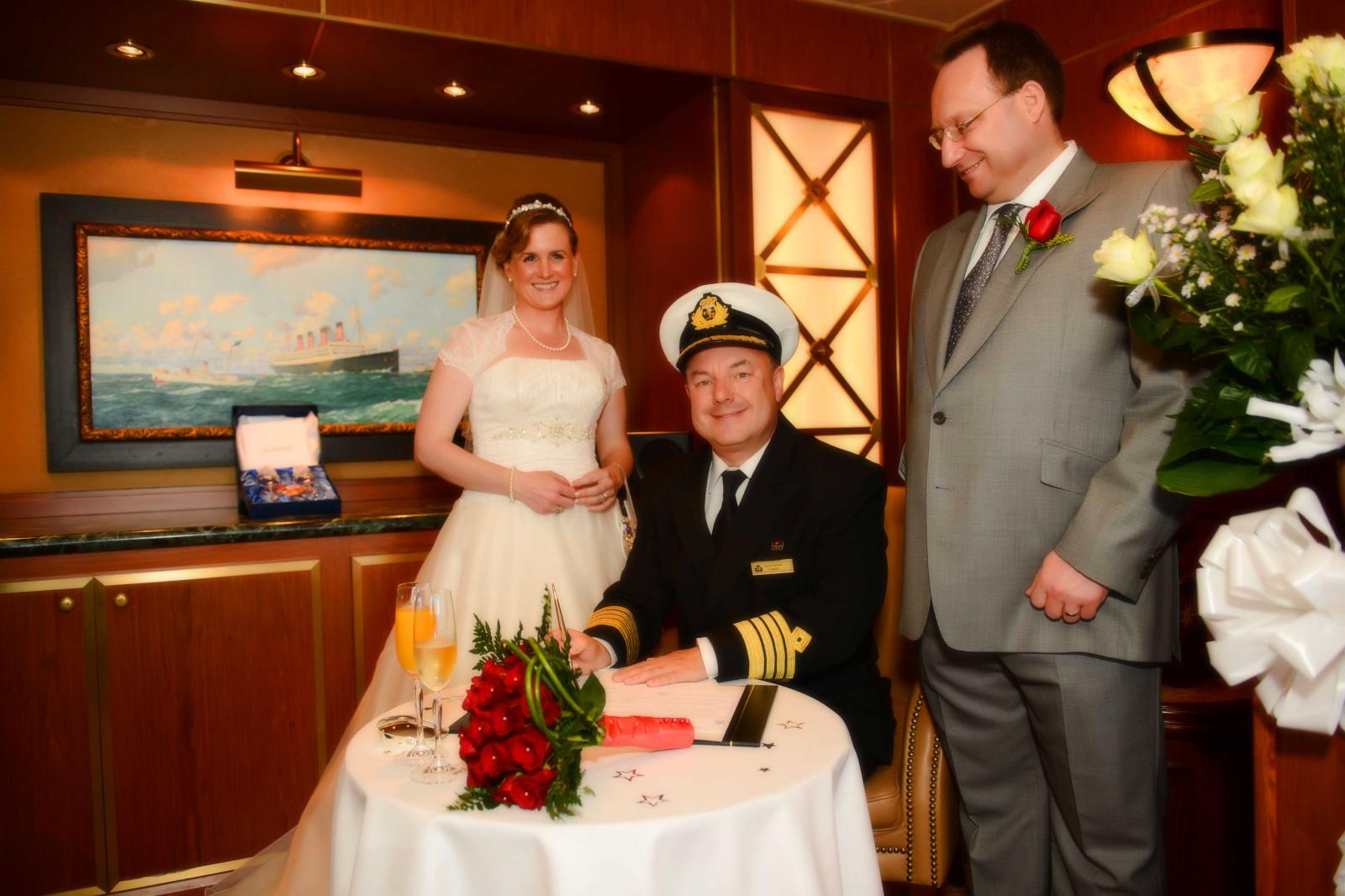 It just shows that you never know where life will lead you and yes, I am an official marriage officer licensed to perform weddings on board Bermuda registered ships such as Cunard’s! As such, weddings carried out on Cunard’s ships are fully legal and do not need any other official verification – they are internationally recognised.

A Cunard vessel is the perfect place for a wedding – you have a built-in honeymoon for a start, along with the Captain to marry you, the ship’s photographers to record it, the chefs to make your cake and your wedding dinner and up to 2500 guests to share it with you..!!!

One of my favorite funny stories has to do with an actual wedding on board ship at which I officiated, but that will have to wait until next week.

Until then, safe travels!