Travel leaves one with so many great memories to recall and relive after the event, in a quiet moment or two and I still frequently find myself recalling recent memories from my amazing trip to the beautiful country of Chile.

My wife and I stayed with good friends in the Chilean region of Los Lagos; the Lake District in English.

What a beautiful region and the Lake nearest to us was Lake Rupanco – in fact our friends’ home was almost on the shores of the lake. The lake water is breathtakingly clear and indeed my friend told me that it is in fact completely refreshed by the rivers and waterfalls entering the lake in less than every ten years. This is despite the lake being a huge 29 miles in length and 7 miles in maximum width! 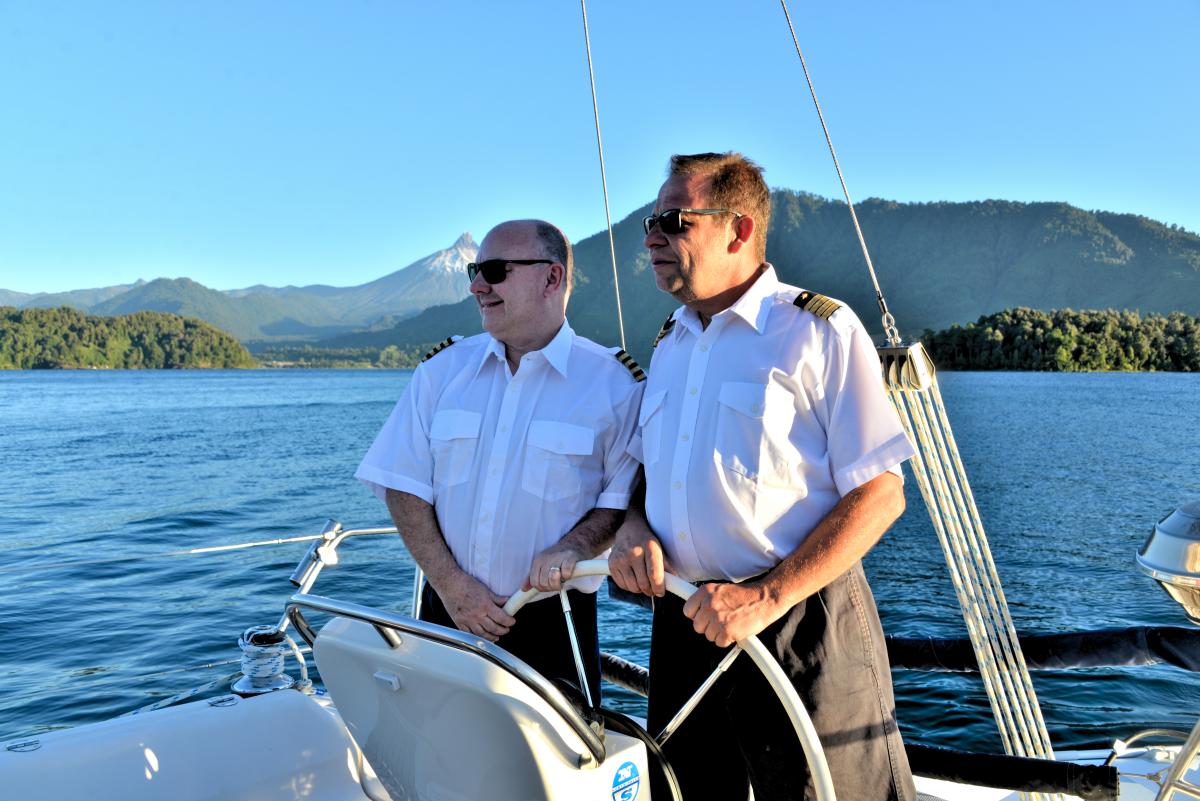 Even more impressively, Rupanco has depths in the centre of up to 350 metres which is 1150 feet!

But by far the nicest thing to do is go by boat on the lake and explore the virtually untouched shores and enjoy the views of the surrounding volcanoes, of which there are many in the region. The lake is virtually empty of other people and indeed boats, with just a small newly built marina at one end of the lake, which is home to a few sail boats and motor boats. It means that you feel like the whole lake is just there for you and the boat you are on and with clear blue skies and just a nice breeze to fill the sails, it was heaven on earth…!! 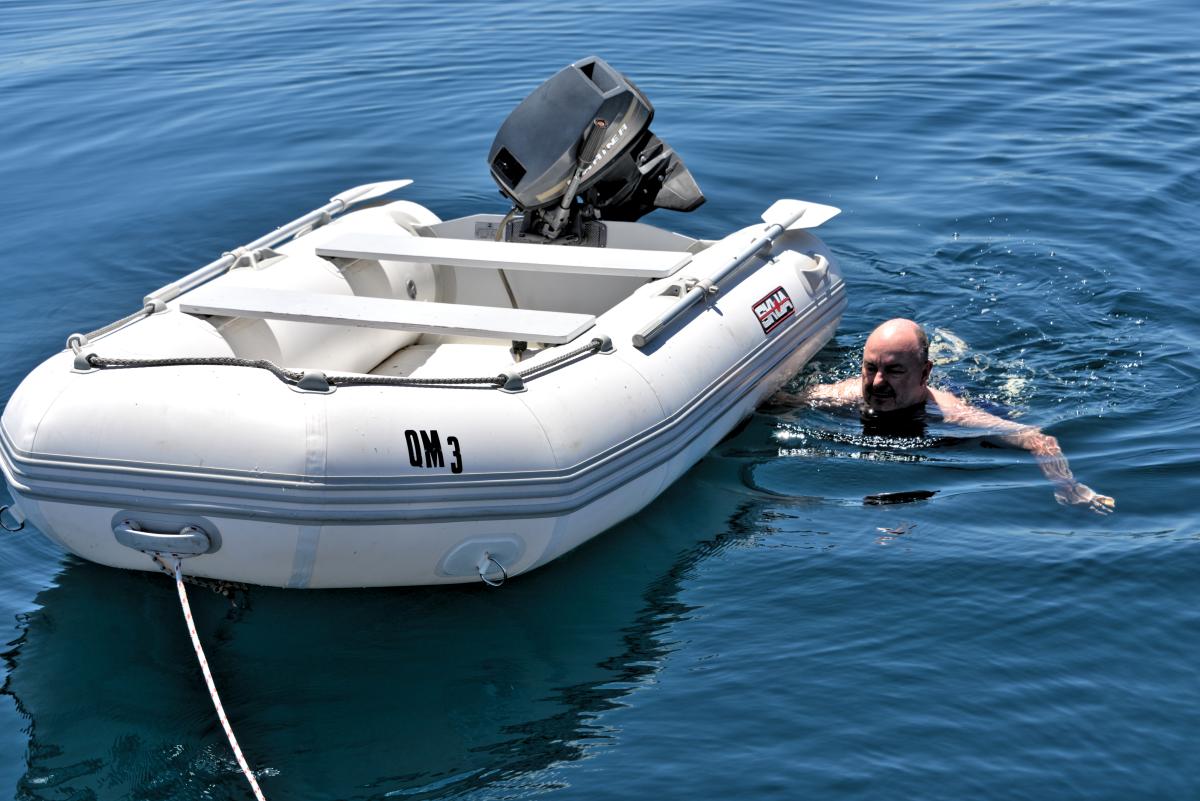 Our friends and hosts and the owners of the sailboat, Cristian and Catalina, both fly the world with the respective airlines they work for and in their time away from their jobs head straight back to their lakeside home on the shores of Rupanco Lake. Charmingly they named their 34 feet long sailboat “After Landing”, because that is exactly where they head after landing – to their boat on the lake! What better way to relax?

They are also hooked on cruising with Cunard – indeed we first met some years ago on Queen Victoria and they were with me on my final retirement voyage on Queen Mary 2, familiarly referred to as “QM2”, last September. They enjoy Cunard so much that they were delighted to show me that they have named their small inflatable tender to After Landings “QM3” – quite a considerable difference in size there, I must say! 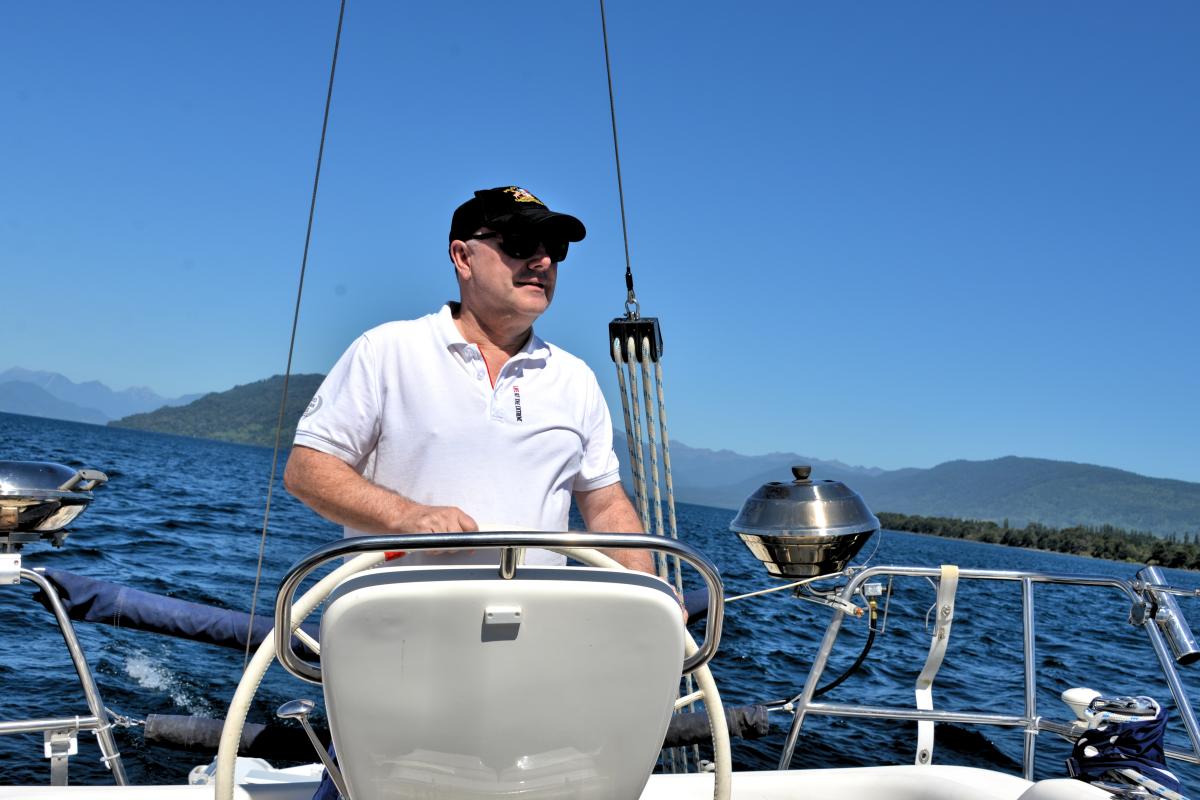 I’ll attach some more photos of our time sailing on the lake in Chile and once again I’ll observe that, if you are considering a destination with a difference, then Chile and the Los Lagos region should be right up there at the top of your list.

Time for me now to read up more on Paul Gauguin Cruises and their amazing voyages around Tahiti and the French Polynesian islands on The World’s Greatest Vacations website, as there may just be a chance for me to follow in The World’s Greatest Vacations’ CEO Richard Shane’s footsteps and take a cruise on the Paul Gauguin later this year! Very exciting!! 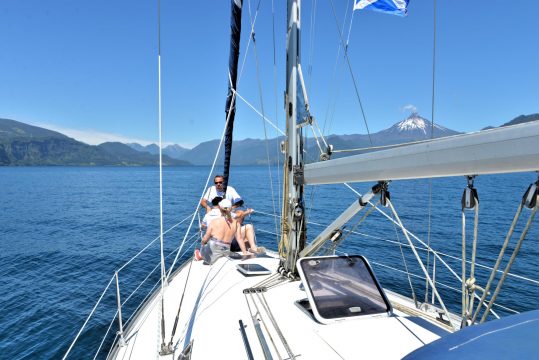