Queen Mary 2; Queen of the Oceans

This week, a little interesting information on my last ship and the only true Ocean Liner still operating in the World today; the unique “Queen Mary 2”, affectionately known as “QM2”.

If you are a traveller and you are making a “bucket list” of trips to take in your lifetime, then a voyage or more specifically perhaps a Transatlantic Crossing on Queen Mary 2 should without question be on that list..!

But what exactly is a liner and why is Queen Mary 2 so special and not just another cruise ship? 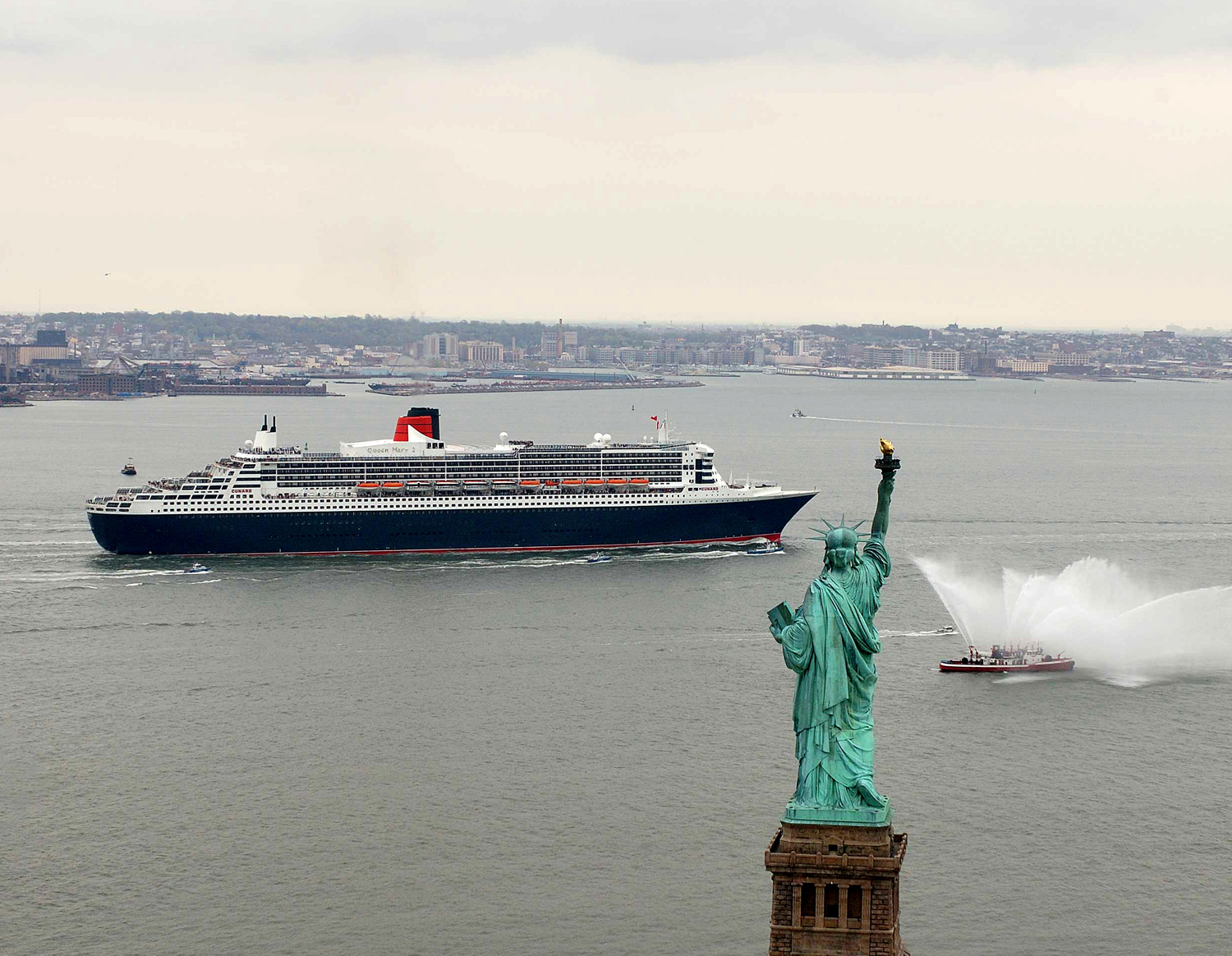 Well for a start a liner has certain attributes which a cruise ship does not: a deeper draught (the amount of the ship which is under the water) for good comfortable sea-keeping characteristics; a finer hull form to enable the ship to slice through high waves in bad weather rather than to ride (or bounce!) uncomfortably over them; higher levels of propulsion power to keep on schedule in any weather and also increased structural strength to enable that very same extra power to be utilised safely. So yes, you will find it a smoother ride on Queen Mary 2 should you happen on any bad weather…!!

The figures in the technical specification of Queen Mary 2 are astounding in their scale: 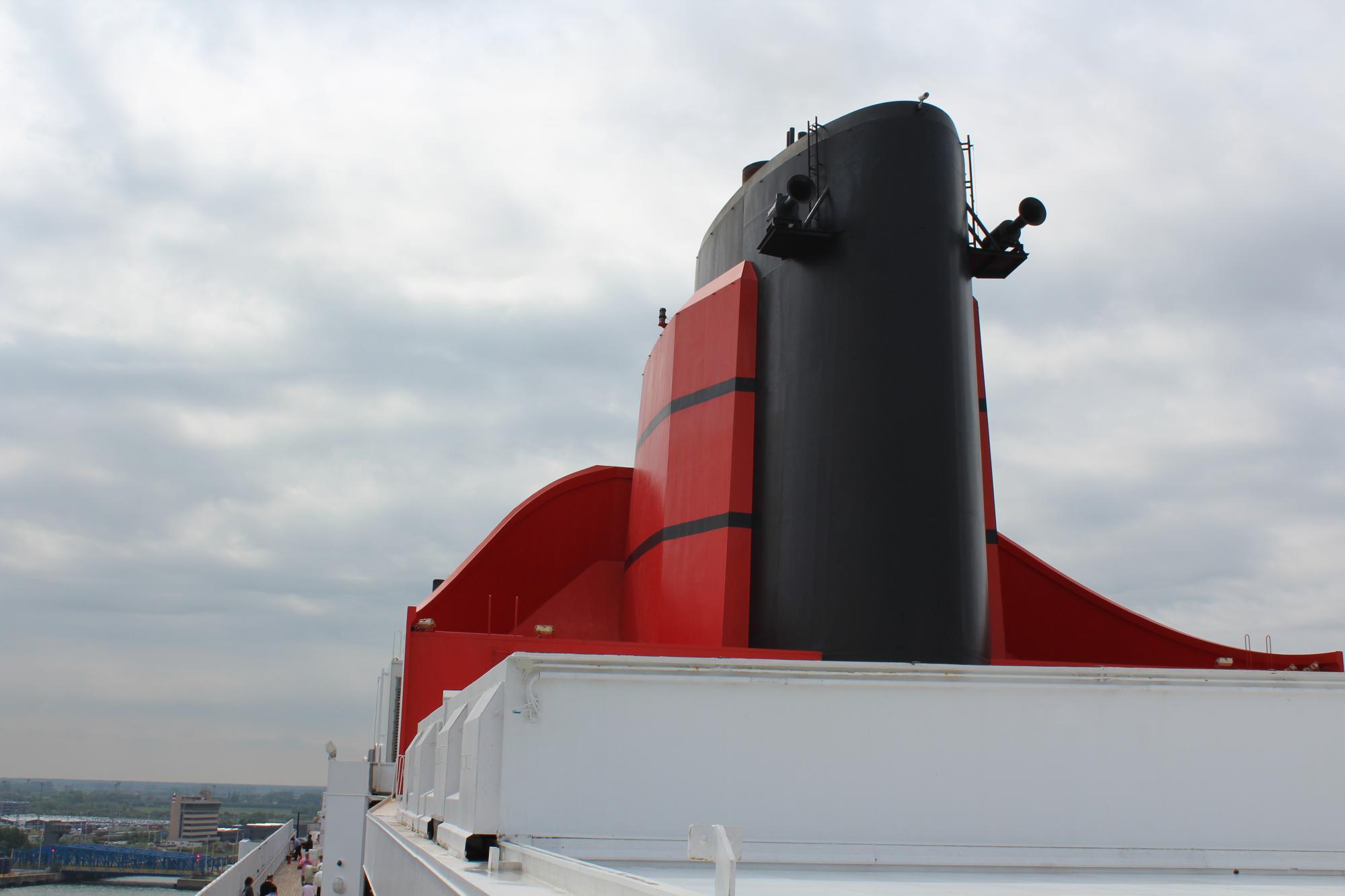 The list goes on, but it is clear to see that she is a massive and unique vessel.

To tend her 2600-2800 guests, there are around 1250 crewmembers in total. That is an exceptional crew-to-guest ratio and the high standards of service that Cunard Line is famous for, relies on having this high number of well trained and loyal crew on board. 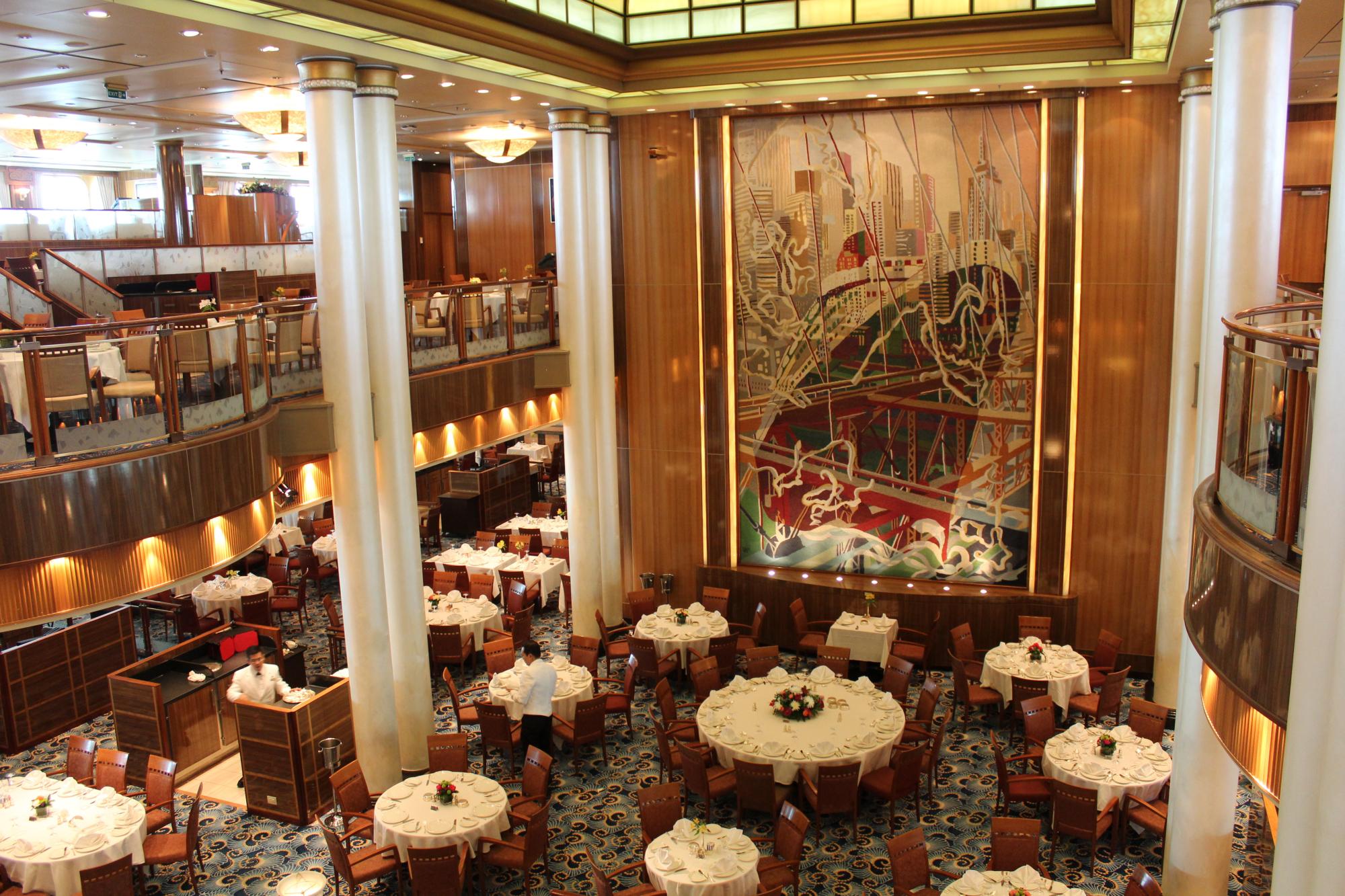 On a typical 7 day Atlantic Crossing 58 tons of fruit and vegetables are consumed along with 14 tons of red meat, 9 tons of poultry, 15 tons of fish and seafood, 6340 gallons of fresh milk, 38,000 eggs and 5 tons of flour. Incredible! I wonder if perhaps some of those figures are slightly lower now that I have retired….!!!

One of my favourite stories to do with the exterior design of Queen Mary 2 is that originally the funnel (or stack) was designed to be much taller than it actually ended up being. The reason – well, it was realised that the tall version of the funnel would have restricted Queen Mary 2 in passing under the Verrazano Narrows Bridge at the entrance to New York Harbour at high tide. So a more squat design of funnel was fitted and as it is now, she has just 3 metres (10 feet) clearance under the Bridge at high tide…!!

In summary she is a very special ship and I am of course very proud to have served on her as Master. She is a true liner and not just some cruise ship marketed as one.

She is specifically designed to serve on the transatlantic run between Southampton and New York, but she also has the ability to operate luxury holiday cruises (indeed as I write this she is over half way around her 2019 World Voyage, a voyage she undertakes every year between January and April) and this truly makes her the very last ship of her type still in operation.

Look to book your voyage on “QM2” through The World’s Greatest Vacations website and you’ll be embarking on a true voyage of a lifetime!