Repairing a world broken in two by pandemic

The writer Willa Cather points to 1922 as the period when “the world broke in two.”
What happened in 1922? It was well after both World War I and the 1918-1919 pandemic and well before the stock market crash.

For Cather, it was personal. She was referring to literature and the year when the type of writing for which she was widely admired suddenly went out of fashion. Readers were drawn instead to groundbreaking works by T.S. Elliot and other modernists.

It seems likely that 2020 will, in a much, much broader context, be seen as a year when the world broke in two. “Before” and “after” will, for perhaps the rest of our lives, be significant differentiators.

Every generation goes through challenges that define us collectively but whose impact diminishes over time. My mother turned 90 this year, and I asked her whether she can recall any lasting impact from the 1918-1919 pandemic, which ended 11 years before she was born. Her memory is still sharp, but she couldn’t recall that it had.

Of course, the 11 years between “the Spanish flu” and her birth were eventful, and perhaps that’s the point. The Roaring ’20s, the stock market crash and the Depression each broke the world in two again (and again and again) before she was born.

It seems the world has a penchant for breaking in two — in her lifetime, she has also lived through World War II, the dawn of the nuclear age (and the Cold War), the assassinations of the Kennedys and Martin Luther King Jr., the space race, the age of computers, access to the Internet, 9/11 and the Great Recession.

And so it goes. The fact that the world breaks in two frequently and yet life goes on and arguably progresses in halting steps may be comforting or distressing. People may be deeply affected by a crisis, but it likely won’t be the last major historic event of their lives, for better or worse.

To circle back to Willa Cather: Her sense of a world split in two was partly the result of a literary evolution that actually can be traced back to a previous crisis: World War I.

The year 1922 had not started well for rival writer T.S. Elliot. He was recovering from a nervous breakdown caused, in part, by a sense of personal failure: He couldn’t finish a poem he had spent years trying to write. That poem, “The Waste Land,” was completed and published later that year to wide acclaim and is interpreted to be about the irrevocable losses of World War I. Not only the loss of lives, but the loss of time.

Today’s situation contains echoes of the poem, among them references to debates about the return of normalcy. Hard though it may be to believe, there was controversy about restoration of prewar liberties, notably the resumption of the previous late closing time for pubs in the U.K. This is evoked in the poem by the repeated line, “HURRY UP PLEASE, IT’S TIME.”

For now, there’s no debate about the desire to return to normalcy, and — literary rivalries notwithstanding — no one wants to see a competitor fail. We’re all in it together. Even fierce competitors Royal Caribbean Group and Norwegian Cruise Line Holdings are working as one to develop health protocols, which they’ll share with other cruise lines and even companies in other industries.

Every cruise line executive is downhearted that, last week, four attempts to sail Covid-free — Hurtigruten, Paul Gauguin, UnCruise and SeaDream — have failed. But certainly, this concentration of small-scale failures should yield ample intelligence that will lead to successful launches in the future. Progress takes halting steps.

A return to normalcy — i.e., the period between breaks — will also see a return to the norms of competition. When we are past this crisis and competition heats up, the world may again break for some; for others, it will be time to break out.

Prior to the pandemic, “normal” was boring, but today we long for it. Every discussion I’m in or have listened to about the quest for normalcy ends the same: “We need a vaccine.” This typically leads to a discussion — among laymen — about what we’ve recently read about the likelihood of late fall distribution of a vaccine versus sometime next year.

But with a longer view, the seeds for recovery have been planted and are germinating.

Our world has broken in two, will repair, and break again. 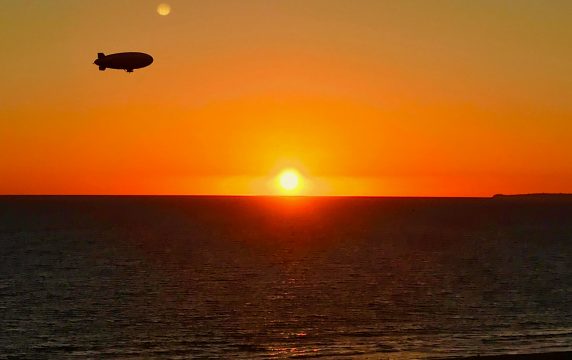