When I ran my own business, the recession of the early 1990s was a great instructor. It forced me to make changes that not only helped the business survive but, once instituted, yielded long-term benefits.

I suspect this will also be true for some of the companies that make it to the other end of the Covid crisis. But this time around, there may also be perceived lessons whose impact is not beneficial.

On one hand, many smaller companies that operated and grew on cash flow alone are becoming more economically sophisticated as they delve into the up- and downsides of credit and borrowing. In particular, many have learned the importance of establishing a solid relationship with a banker.

But in parallel are takeaways that could repress macroeconomic growth in general, and travel industry growth in particular, for a period. Taken together, these reflect a stunning reversal not only of fortune but of attitude.

Over the preceding 10 years — the longest period of economic expansion since records have been kept — some business leaders in travel had even postulated that an ever-increasing rate of technological innovation bestowed unbreakable economic momentum, the fiscal equivalent of a perpetual motion machine.

Under such an optimistic climate of opinion, money flowed into research and development, mergers and acquisitions were pursued aggressively and investments were made that, in less heady times, would seem too risky.

The platform-enabled sharing economy created a class of small-scale entrepreneurs who tapped the latent value in their homes and, in many cases, also tapped their personal savings or leveraged their homes to upgrade and expand their budding businesses.

But in a blink, the joys of risk-taking have been replaced by shattered and shuttered businesses. For owners accustomed to seeing only rewards after a decade of risk-taking, the sudden clarity that loss, like profit, is proportionate to risk has had a devastating impact, with psychological as well as financial consequences.

This strange phase we’re in not only could result in entrepreneurial inhibition but the temporary repeal of previous innovation. The aspects of cruising and resorts that brought unparalleled levels of success are the same that now induce nervousness in vacationers. The only path to reopen these businesses will be a restructured and restrained version of fun.

And those who fashioned new travel experiences for consumers desiring immersion in foreign cultures may discover that those cultures are now accessible only at arm’s length.

The danger for the global travel economy is that risk distancing will rise in parallel with social distancing. I’m seeing timidity in businesses large and small. I say this not to be critical; capital must be conserved, and many businesses face heightened legal exposure as they reopen. Operating “business as usual”– never mind experiments into the unknown — could easily result in lawsuits.

After the crash of 1929, one of my grandfathers, who lost everything in the stock market, never bought another equity share in his life. Another was hit three ways: He was simultaneously overleveraged in the market, his speak-easy was shut down and he had borrowed heavily from friends. His entrepreneurial drive and acceptance of risk was such that opening a store during the Depression seemed a logical means to generate the money he needed to pay off debt. (For him, bankruptcy was not a moral option.) He did not get rich, but he died debt-free.

The wide range of human temperament means that entrepreneurship, innovation and risk-taking will not become another casualty of Covid-19. But the herd of risk-takers will be thinned, and innovation, for now, has been redirected toward health and sanitation protocols.

I believe that’s only a transitional phase, to be followed by innovations to coax wary travelers.

While the next steps will likely be toward the resumption of full-on travel, it’s unlikely we’ll see a straight-line continuation of pre-Covid trends. The desire for fun and enrichment will not go away, but consumers’ interpretation of them will surely be modified.

We’ll finally know exactly how when an entrepreneur, bringing to market what he or she personally desires but can’t find anywhere, plugs into and illuminates the new zeitgeist, awakening in others the desire to take risks for profit.

Just as the impact of 9/11 coincided with the rise in intergenerational travel, the psychological changes that will determine the industry’s post-Covid future won’t be known until we get to the other side. They’re still forming. 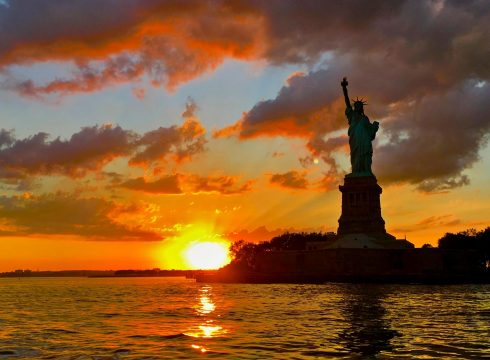