Social Distancing Outside: 8 Safe Places to Go and Things to Do

Here are some creative ways to enjoy the outdoors during the coronavirus outbreak.

IF YOU’RE PRACTICING social distancing (as both the Centers for Disease Control and Prevention and World Health Organization are advising), chances are you’re limiting trips outside your home to protect your health and the health of your loved ones. But fresh air is good for your health, too, and social distancing doesn’t have to be a strictly in-home activity. As temperatures warm around the country, it’s a great time to get outside. Plus, with fewer people out and about, you’ll be treated to sounds like birds and trees blowing in the wind, says Ashley Jorgensen, who writes the See Ash blog.

Although most experts agree there’s no problem with going outside, there are some precautions you need to take. For example, the CDC recommends keeping a distance of at least 6 feet from others. Additionally, the CDC advises washing your hands for at least 20 seconds and using hand sanitizer often to prevent the spread of the virus.

Here are just a few ways to shake off some of that cabin fever and get moving.

Get Creative in the Backyard
In the backyard, you don’t run a risk of being around others besides your family. While you see and spend time in your yard often, it’s time to give it a second look.

“Pitch a tent in the backyard and have a staycation,” says Dawkins. She suggests telling stories, eating s’mores and lying on a blanket to watch the stars as possible activities.

Others are taking this time to plant a vegetable garden or flowers. Kirsten Maxwell, of Dallas, Texas, and the Kids Are a Trip blog, says her family is redesigning the backyard. They’re drawing sketches and letting everyone have a say in what they want to include.

Exercise Outside as Usual
As long as you stay a safe distance from others (remember: 6 feet), heading to local trails or around your own neighborhood for a run, walk, hike or bike ride are still great ways to get moving. Getting outside also makes for a nice break from bingeing your favorite shows and sitting on the couch for too long.

But walking outside doesn’t absolve you of the CDC’s recommendations against gathering in groups. California’s governor, who has banned its residents from leaving their homes for nonessential reasons, still encourages residents to get active outside, but requires that they not go out in large groups and maintain proper distance.

[Read: Why Social Distancing is Important to Combat COVID-19.]

Harvard Health Publishing, part of the Harvard Medical School, also recommends hikes, bike rides, walks and runs as long as you do your best to maintain at least 6 feet between non-family members.

Look Up
The stars certainly aren’t going anywhere, so it’s a great time to get an astronomy lesson. Take a family field trip at night to gaze at the sky and see what you can spot. To help you out, download the SkyView Lite app (available for Android and iOS devices). When you point your device’s camera at the sky, SkyView will tell you which constellations, stars and other celestial bodies you are seeing. Now is also a great time to pull out that old telescope collecting dust in the closet. Absent a telescope, you can use binoculars to see the moon and stars.

According to Astronomy magazine, the best time to see a celestial body is when it’s highest in the sky. Time of day is also important: Light pollution tends to decrease after midnight, so you’ll get the best stargazing experience in the wee morning hours.

Visit a Park
While some areas have closed public parks, much of the National Park Service’s network remains open for Americans to enjoy. In addition, NPS has temporarily suspended park admission fees.

Yet, while some parks remain open, know that others might be closed temporarily (such as Gateway Arch National Park in St. Louis). In addition, parks are modifying their operations, programs, tour schedules and more to keep its staff and patrons safe. For example, Grand Canyon National Park’s shuttle is not running, and Zion National Park in Utah has halted its shuttle service, as well as its ranger programs.

Many state and local parks remain open as well, including those in Indiana, California (though campgrounds are closed), Virginia and Colorado, among others. For more information and to find a green space near you, visit the America’s State Parks website.

If you do head to any sort of park, Harvard advises avoiding playgrounds, noting they are not cleaned regularly and could spread the virus. Some cities, like Carmel, Indiana, outside of Indianapolis, have closed all public playgrounds due to the risk of contracting the virus. 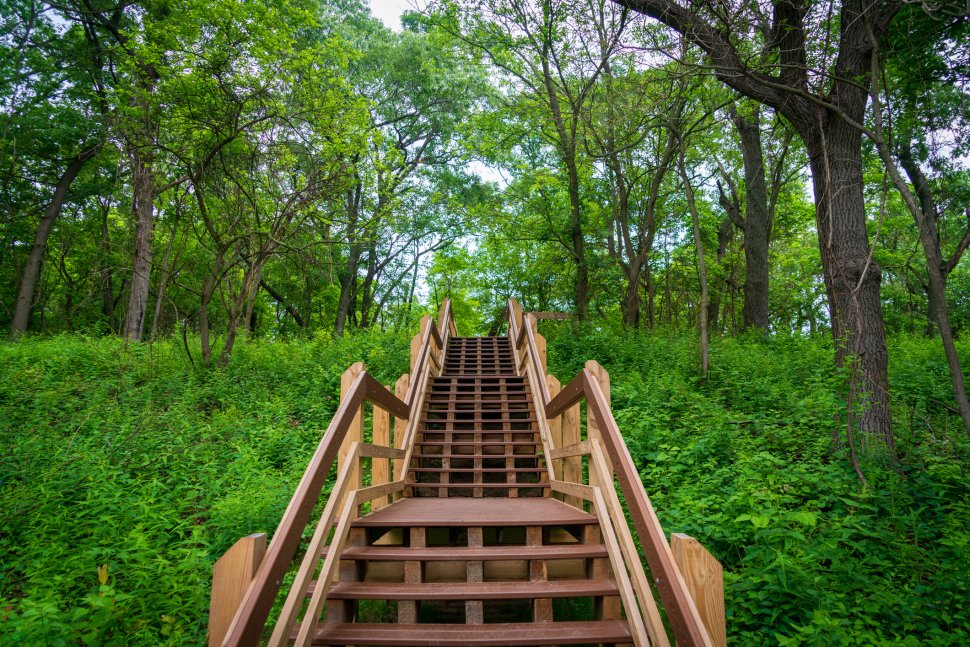 Enjoy a Swim
If you have access to a swimming pool, taking a dip should be fine. The virus can’t survive in properly treated pool water, according to Harvard, though you should still avoid close contact with others. What’s more, the CDC says there’s no evidence the virus can survive in hot tubs.

Play a Game in the Driveway
To make sure everyone is getting some exercise, head out into the driveway for some fun. Kids can use chalk to create hopscotch grids, play games or just draw. Practice your shooting skills if you have a basketball hoop, or engage the whole family in team sport like soccer.

Engage in Some Overdue Housekeeping
While there’s plenty to be done indoors, there are also some housekeeping tasks outdoors you can take care of as well. How about pulling weeds or cleaning out the shed? Or cleaning the deck and trimming overgrown trees and branches? Now might also be a good time to learn about composting and start a composting pile or bin.

Learn a New Skill
Jessica Murray Averett, a Utah mother of five who runs the Bring the Kids blog, says she’s using this time to teach her children some outdoor skills that they can use during the summer.

“We’re teaching them to start fires [and] lash things together with knots (perfect for fort building), and having races to set up and take down the tent,” Averett says. “Also, as soon as the weather warms up, we will be sleeping on the trampoline and stargazing and identifying constellations.”

There’s no shortage of activities you can enjoy in Mother Nature. Other options could include a stroll on your local beach away from others, watching the sunset from your roof and more. Take a deep breath of fresh air, get creative and make the best you can of this time.