Summer travel 2022: Europe awaits, but how will airports handle the rush?

Scenes of long lines at British airports over the Easter holiday period probably looked familiar to the many Americans who have been caught in the periodic bursts of chaos that have accompanied the U.S. travel rebound since last summer.

But should Americans, who are expected to resume European vacations en masse this summer, be prepared for flight disruptions and patience-trying airport experiences upon arrival across the Atlantic?

“I think they should go with the expectation of things not being as smooth as they’d like them to be,” said John Strickland, director of London-based JLS Consulting. “They can take stress off themselves and the airlines and the airports by getting there early and making sure they have everything prepared, such as their documents and having liquids in plastic bags and so on.”

John Devlin, a senior research consultant for U.K.-based Valour Consultancy, said there could be periodic, localized flare-ups, but mitigations by airlines and summer-seasonal hiring by airports should alleviate the challenges.

“There may be some issues again here and there, but even over Easter in the U.K. there were people with good experiences flying in and out of the country, so I do not expect massive queues at every airport across Europe,” Devlin said. “Good airport/border control management and adoption of more mobile and automated solutions should help manage the situation suitably.”

Related: Travel groups push to end Covid test for U.S. entry
As of April 26, airlines were scheduled to fly nearly two-and-a-half times as many seats from the U.S. to Europe this July than they did last July, Cirium flight schedule data shows. Compared with 2019, the scheduled seat count was down 11.5%.

Meanwhile, bookings from the U.S. to many European countries are skyrocketing. According to ARC data, U.S. point-of-sale bookings to the U.K. were down 13% for the week ending April 17 after being down close to 50% as recently as January. Other markets are showing similar trends, with sales for flights to France improving, from being down 32% compared with 2019 to flat during the same period, and sales to Italy climbing, from down 41% to up 6%.

The Easter travel rush was an especially rough one for some U.K. airports. Notably, at Manchester Airport the delays and snafus were so bad that CEO Karen Smart resigned in April amid a swirl of bad publicity about unmanageable lines.

On April 8, Charlie Cornish, who heads the Manchester Airport Group, issued a public apology, explaining that staffing shortages, lack of clarity from the British government related to when travel restrictions would be removed and the sudden surge of travel demand following the U.K.’s relaxing of those restrictions in March were the cause.

At London Heathrow the problems were less acute. The airport said 95% of passengers made it through security in less than five minutes.

Addressing the problem of long airport lines
Still, operational issues at some airlines, including British Airways, caused Heathrow to advise travelers to check with their airline to learn how early they needed to arrive. Heathrow is working to recruit more than 1,000 security officers by July 4, and the airport says it is also assisting airlines, ground handlers and retailers in their efforts to fill more than 12,000 vacancies.

Efforts like those might be sped up by a recent U.K. decision to ease security vetting processes it put in place at the beginning of the year for airport and airline employees, Strickland said. Under the recent revision, workers are allowed to begin training for jobs as the background checks continue.

Though the operations of airlines and airports in other parts of Europe didn’t draw the same attention over the Easter period as those in the U.K., Strickland said problems were prevalent elsewhere.

“Across Europe, indeed across many parts of the world, I’ve seen images of long queues,” he said, giving examples of Scandinavia and Ireland as well as Australia.

Devlin said European airlines are adapting schedules ahead of the summer to better be able to cope with demand. He also said summer could prove easier to manage than Easter because the travel surge will be more spread out. 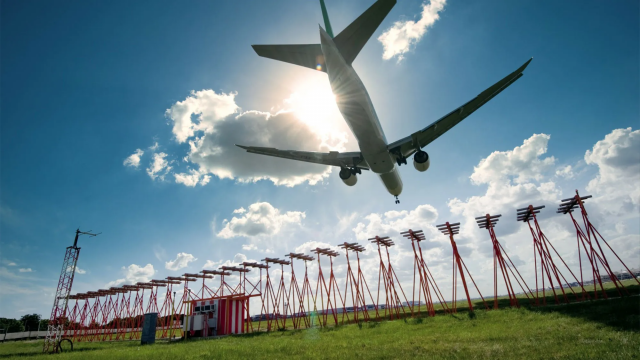