One of the most dramatic pandemic-related changes in behavior I’ve come across is that the majority of Americans are considering leaving their jobs. The job board website Monster.com placed the number of potential job-jumpers at 95% of the workforce, though a human relations director I know said that studies she has seen indicate the number is in the 50%-to-80% range.

Either way, that is dramatic, and the underlying reasons likely reflect attitudinal shifts that have broader societal implications, including some for the travel industry.

The desire to continue to work remotely after being told to report to the office is often cited as a reason to look elsewhere for a job; it has emerged as the most visible aspect of what is possibly a radical realignment in how people view their work-life balance.

At the root of the realignment, I believe, was a pandemic-induced epiphany about how broad the spectrum of life’s possibilities is, coupled with the understanding that everyone has the ability to adapt to change, even enormous change.

Since March 2020, decades of ingrained routines have been upended. People relocated from cities to the country — temporarily at first, but many stayed. Others swapped going out to restaurants for baking bread and compensated for the lack of live theater with Netflix.

Some of these changes may not last; I don’t think anyone wants to give up cocktail parties for Zoom happy hours, and most parents will trade remote learning for school reopenings ASAP. But each of us found ourselves appreciating aspects of life that we were too rushed, too distracted and too preoccupied to even consider pre-Covid.

The job market is certainly facilitating job-hopping as companies that had cut back on staffing are now hiring again. But as the travel industry is discovering, former workers in relatively low-paying service jobs are not excited by the prospect of returning to those positions. Last week, I waited more than an hour for a ride from LaGuardia because a driver shortage was impacting taxis, Uber and Lyft.

At hotels, the reluctance of hotels service workers to return to their jobs is impacting reopenings and service levels and led Hilton to make housekeeping on-request-only for four out of every five days.

Hilton gamely rationalized the policy by saying “Our guests have told us they have varying levels of comfort with someone entering their rooms.” Guests at luxury hotels, however, apparently have no such qualms: Waldorf Astoria, Conrad and LXR are exempt from the new policy.

But I think, ultimately, it will impact high-end travel, perhaps disproportionately, and not only because of a shortage of service workers. Two weeks ago, while in the Azores, I thought it would be nice to rent a bicycle to ride around Pico Island on a Sunday morning. A receptive operator who was making arrangements for the group I was with said she had previously rented bikes from some local shops and that she’d have one at my hotel the next morning at 9:30.

When we met up, however, she had bad news: No bike shop wanted to bother opening on a Sunday morning to rent a bike. It wasn’t about money; they just wanted their Sunday mornings for themselves and their families.

I could appreciate that, but it clearly worried the woman trying to help me. She typically worked with high-end clientele and said she saw a growing trend that runs contrary to the expectation of luxury travelers that everything is available … for a price.

The lifestyle-first, profit-after attitude on the part of service providers has always been more pronounced in Europe than the U.S. In fact, it’s part of the reason we go to Europe: to have a relaxing, two hour-plus lunch (with wine); to enjoy the true art of beach-lounging; to simply live life at a slower pace, as the locals do.

The steady rise in interest in “authentic” travel has typically, for Americans, been on their terms and their schedule. And we have been willing to pay for it accordingly. The question remains whether we will settle for true authenticity, which in many parts of the world unfolds at a slower, uncompromising pace and where personal time cannot be bought at any price.

Perhaps, as a result of the pandemic, luxury travelers will empathize with this attitude and accept that they can’t always get what they want.

That is, of course, unlikely.

During much of the pandemic, there has been the oft-spoken desire for things to “get back to normal.” But change always occurs, incrementally, every year. At the end of 2019, we could not — and would not want to — go back to 2018.

The changes over the past 16 months have been more than incremental. But things will balance; the labor market will stabilize.

The great unknown is whether Americans will become restless or settle into a slower pace.

My hope is for a slower pace; my money is on restlessness. 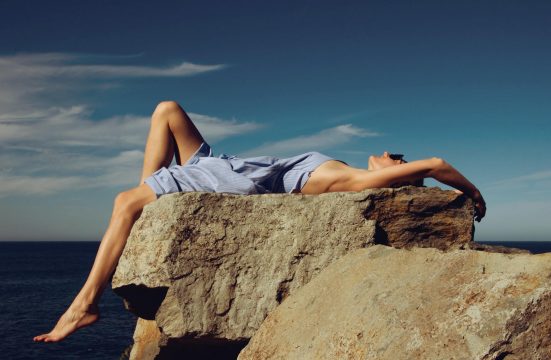