The opportunity in misunderstood markets

She was a travel wholesaler, assembling packages for travel advisors. He was a radio ad salesman, attracted to “NTR” — nontraditional revenue — opportunities. They married.

Her job came with perks in the form of ticket vouchers, and the couple started taking weekend trips — first class all the way — that became the envy of their friends.

Ja’Vonne and Gene Harley realized that their friends, as well as a broader circle of others like them, could “come along” with them if they pooled their business experiences. Gene saw an opportunity in the power of radio to promote groups; Ja’Vonne could assemble compelling trips.

The demographic they knew best was desirable: upscale, interested in culture, drawn to group travel.

Advantage International was born, and the first destination Ja’Vonne approached was South Africa. But she was surprised by the lack of enthusiasm that greeted her proposal. When the woman she was speaking with learned that the groups would be largely African American, she responded, “You do know this isn’t the Caribbean. South Africa is a long-haul destination. It’s a different price point.”

“I’m not kidding,” Ja’Vonne told me as she related the story. “And this was a specialist handling minority business!

“She told me that our market and demographic didn’t fit the destination. I said, ‘Let me better understand who you’re looking for. Who’s the ideal traveler for South Africa?’ She told me, down to the expected household income. And I said, ‘Well, you just described my clientele.'”

The South Africa trip sold out quickly, validating the premise. Today, the couple does about $5 million annually.

Some of their trips focus on Black history or incorporate elements relating to the accomplishments of Black people in the destination. “We have a program next year for France: Paris, Champagne, Bordeaux and Cognac, and from Bordeaux, we’ll visit Josephine Baker’s home.”

Another program will include an African American professor who will “tell us about Black history in Spain from Grenada to Cadiz.” But other trips do not have a specific focus on Black culture or history.

Similarly to how Black travelers are misunderstood by destinations and suppliers, radio is also misunderstood, Ja’Vonne said. And, it holds a special appeal to African-American boomers. “If you go back to the civil rights movement, there was a strong connection to radio in the Black community. It was very tangible, very hands-on. Oftentimes, Black radio would have a storefront where you could walk by and see the DJ, and they were talking to you, and they were very connected to the community, to the events that were happening, and were politically connected. It’s connected to a sense of belonging.”

The couple has built a business that directly confronts misunderstandings about Black buying power and the medium they have chosen as their primary promotional vehicle. “It was a hard road at the beginning because people really weren’t tuned into the African American market, and we kept running up against companies that felt that, if it wasn’t the Caribbean or if it were over a certain dollar amount, it wouldn’t appeal to the Black community. There was such a lack of understanding about the buying habits of African Americans. It was all put in one lane. And we still deal with that sometimes today.”

As regards the economic strength of Black travelers, she said, “It’s kind of like a neglected child. If you give them attention, they will respond. They pay attention to someone who values their time and hard-earned dollars.”

The Harleys and their clients were not immune to the pandemic downturn, but business has bounced back. “The first quarter of 2022 surpassed the first quarter of 2019,” Ja’Vonne said. The possibility of recession doesn’t overly concern her. “We have a large number of people who are retiring or have already retired. They have the time and they have the means. And that’s kind of another overlooked demographic: baby boomers.”

As travel ramps back up, the story of Advantage International should be a wake-up call to suppliers. As U.S. Travel recently pointed out, the pent-up demand fueling travel today is likely to slow. To succeed going forward, it may well be as profitable to pay attention to neglected markets as it can be to seek out new ones. 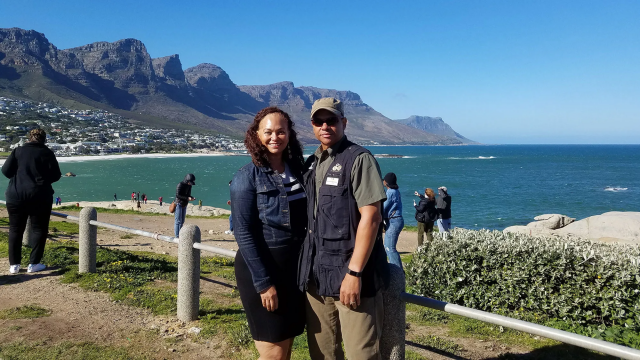