The pandemic’s Book of Genesis

Toward the end of June, I received an email inquiring whether I wanted a review copy of a book titled “Covid-19 & Travel: Impacts, Responses and Outcomes,” by Simon Hudson (2020, Goodfellow Publishers).

This was just three-and-a-half months after Covid-19 was declared a pandemic, and while I was curious to see it, it seemed inconceivable that a book of substance could be written in such a short period of time about a virus that, even today, we still understand so little about. That it could maintain relevance even a month after publication seemed, at best, a long shot.

I received my copy in late August. I am, frankly, amazed. It’s an ambitious, well-researched volume, global in scope. It not only documents events into mid-June, but its speculations on “the future of travel” have not, for the most part, been disproven.

Missing, of course, are any developments from mid-June onward, an eventful 13 weeks. So let’s call this the pandemic’s Book of Genesis, providing a look at how, in early stages, it impacted the travel industry.

Though the book is scarcely older than a current events quarterly, it offers deep perspective. In our present lives, where the repetitiveness of days move in parallel to dramatic developments, time both elongates and contracts. The weeks fly by, but when reading about the time when there were as many cases of the virus on one cruise ship as there were in any country except China — well, it feels like a return to an era when we were still quite innocent.

It may as well have started, “In the Beginning, there was the Diamond Princess.” As awful as the unfolding of that event was, we had no clue yet what world was being created for the travel industry. In February, before the last quarantined passengers had been released in Tokyo, I blithely boarded another ship, in the Caribbean. In mid-March, I thought nothing of attending a conference with 2,000 others to hear Elon Musk talk about possibilities.

Hudson’s accomplishment is to have quickly discerned which statistics, case studies and examples to showcase while discarding the static and the irrelevant. With 20/20 hindsight, that might have been easier; he appears to have done it in real time. He recounts this brief period of travel history with sympathy and respect, yet spares no harsh realities.

For those of us in North America, some of the more interesting perspectives come from less familiar events in destinations abroad. Between January and March, for instance, 3,000 hotel rooms were canceled by Chinese tourists in Northern Ireland, throwing its tourism economy into turmoil. Destinations including Japan and Australia, still unable to see where things were heading, retooled their tourism promotion campaigns to suggest March was the perfect time to plan a visit, given how few other tourists were around.

Hudson portrays the situation of travel agents and tour operators with compassion and understanding. He gives kudos to hoteliers and others who “pivoted to lend a helping hand.” Micato Safaris is portrayed as a model marketer and communicator through the crisis.

But the one aspect where perhaps developments ultimately have run counter to predictions is when it comes to developing post-crisis recovery strategies. What time has shown works best to restore a battered reputation is to simply demonstrate that you have flattened the curve. No matter how many times one hears about the “Chinese virus,” if one’s own government has failed to contain Covid-19, it’s hard not to envy Chinese citizens, who now move freely around their country.

And although a reversal of fortune is always possible, Hudson highlights the destinations that did things right (and quickly): Taiwan, Germany, New Zealand and Finland — all led by women, he notes. He also details why Vietnam became a model of virus containment.

Hudson devotes a chapter to leadership in crisis, both exemplary and disappointing, and those lessons, too, have more than a passing relevance.

A part-time professor at the University of South Carolina and industry consultant, Hudson acknowledges the help of two students, Caitlin Ansel and Niki Berlinsky; together they have reviewed, distilled and footnoted hundreds of global sources. Happily, the result is free of academic jargon.

I would not have thought such a book would be useful at this point in the crisis, but “Covid-19 & Travel” helps put our current situation in perspective by examining its origins. Its appearance is not premature, and I’d encourage Hudson to continue to chronicle the crisis, even if in five-month chunks.

For now, we may feel stuck in the Book of Job. But Hudson is an optimist, citing historian Yuval Noah Harari’s characterization of the crisis as, ultimately, a bump in the road rather than a roadblock.

Now, if only someone could write the travel industry equivalent of the Book of Revelation to give us some indication of where we’re headed (with emphasis on the prophetic, not apocalyptic, parts, please).

I’d be most happy to receive a review copy. 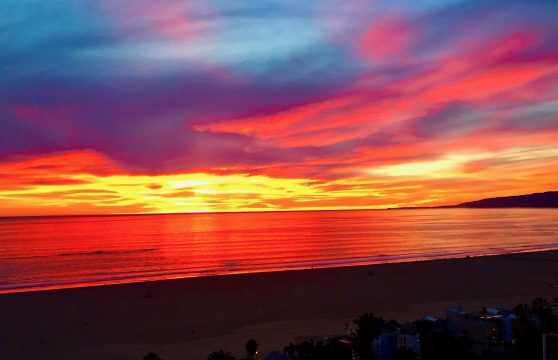