In 1492, Christopher Columbus arrived in Cuba to find the native Taino Indians lighting rolled leaves called “cohiba,” which they smoked after a ritual. Cohiba became adopted as the name for tobacco. Flashforward over five hundred years and tobacco trade and farming has spread globally. In 1966, the Cohiba cigar began as a private brand supplied to Fidel Castro and high-ranking government officials. Fidel favored Cohibas, which developed a cult following after their commercial release in 1982.

Castro’s government nationalized the Cuban tobacco industry forming Cubatabaco (“Empresa Cubana del Tabaco”) in 1962, which oversaw the production and distribution of all Cuban tobacco products. In 1994, the global exportation of cigars and cigarettes became the responsibility of Habanos S.A., a newly created division of Cubatabaco. Habanos literally means from Havana and has become synonymous with Havana cigars.

Habanos S.A. owns the trademarks of all Cuban cigar and cigarette brands in their countries of exportation as well as franchises the La Casa del Habano cigar store chain. Habanos S.A. controls distribution and counterfeiting by only exporting to one distributer in each country. The United States placed a trade embargo on Cuba in 1962, making it the only country Habanos S.A. does not sell cigars to. Did you know before President John F. Kennedy signed the trade embargo, he asked his Press Secretary to purchase him 1,000 petit Upmanns before they became contraband.

Cuba’s capital city of Havana cultivates no tobacco; however, its name became synonymous with Cuban cigars since Habanos originally shipped from its harbor. Additionally, the city houses the most famous Habano factories. Thus, due to its history of exportation and production the city has become a Denomination of Origin. 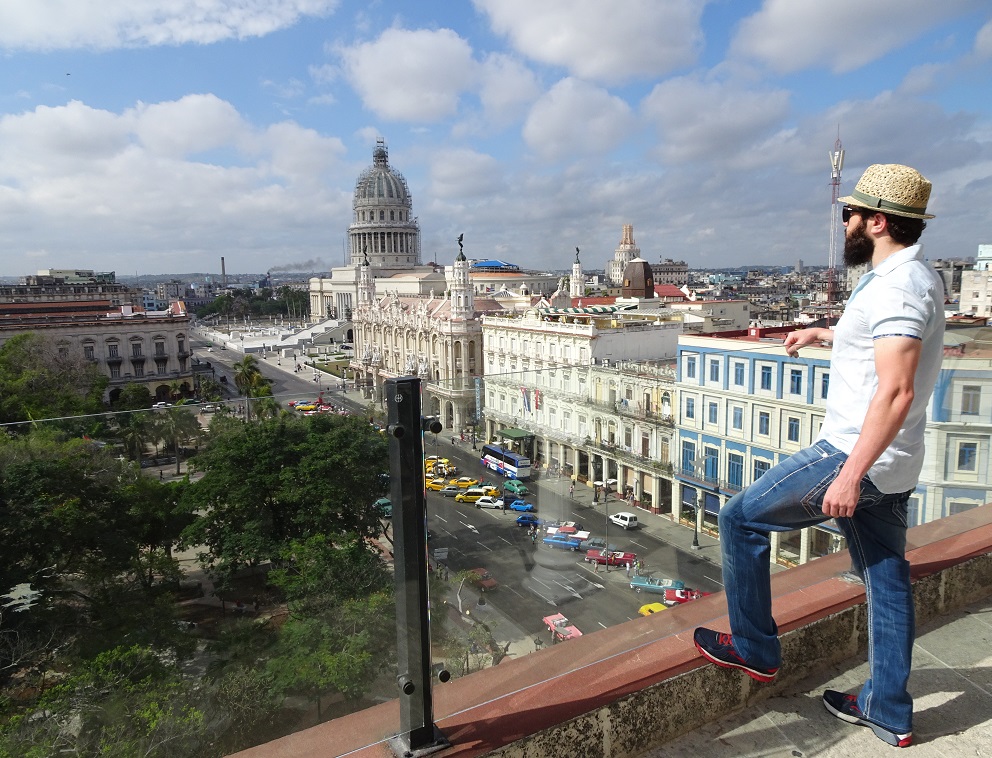 The creation of a Habano utilizes up to six varieties of tobacco leaves. A combination of two to four leaves form the filler, or tripa, creating the unique flavours and aromas of a Habano. Leaves blended include the volado, seco, ligero, and medio tiempo; all varying in flavour and combustibility. The capote, or binder, surrounds the filler leaves creating the shape and quality of smoke. A thin leaf called the capa (wrapper) is rolled around the cigar; although contributing little flavour it demonstrates the flawless craftsmanship of a Habano.

Torcedores and Torcedoras roll Habanos completely by hand using only a wooden board (tabla), two cutters (flat-bladed chaveta and little disc-cutting casquillo), a guillotine, a pot of colorless and flavourless natural vegetable gum (goma), a template to check length and girth (cepo), and the skill of their fingers. Today most Torcedores are women.

The Torcedora lays aside two or three half leaves for the binder and then gathers the filler leaves, folding and aligning them ensuring straight passage of smoke. With the slower burning leaf in the center, she rolls the filler into the binder forming the bunch, which she presses in a wooden mold to set the shape. She then lays the bunch on the wrapper and rolls the leaf with careful tension. She places the cap on the head and guillotines the foot to proper length, completing the cigar.

Strict quality control tests exist at all stages of handmaking. Only cigars made “Totalmente a Mano” (totally by hand) receive the Habanos title.

In the 1860’s, Don Gustavo Bock arrived in Havana from Europe and became a well-known cigar manufacturer who introduced cigar bands. Today you’ll find Habanos with one band, a double band, no band, cedar-wrap, aluminum tubes, tissue-wrap, and silver or gold paper wrapping.

The best-known form of Habano packaging, the labelled cigar box, made its appearance in Cuba during the mid-19th century. I’ve listed the terms regarding the box’s construction below.

Each brand has its own unique flavour, furthermore, the different sizes of cigars affect the taste. Bigger Habanos have a richer taste and cooler smoke. Fat Habanos burn slowly and produce volumes of smoke bursting with flavour. Double Figurados have a unique flavour when ignited from the wrapper and binder, but the true blend reaches your palate from the widest part of the cigar. Thinner Habanos smoke quickly with a sharper taste.

A traditional method of pairing a cigar involves selecting products with comparable strengths so that one flavor does not overpower the other. For example, you may choose a full flavoured Habano with a powerful rum. However, considering opposites attract, you may also enjoy a full flavoured cigar with a light tasting Armagnac. Regardless, the goal remains finding combinations of great products that satiate your palate. A Habanosommelier will be happy to help you decide how to pair one of the over 250 different cigars from 27 brands of Habanos.

Similar to fine wines, Habanos improve with age and may be stored for 15 years, sometimes longer. Cigars should be stored between 16° C (~60° F) and 18° C (~65° F) with a relative humidity of 65 to 70 percent. If a Habano becomes too wet it will not smoke and if it becomes to dry it will taste harsh. In order to accomplish this, store your cigars in a humidor. These may be boxes, cupboards, or even full-sized rooms specially designed for cigars, typically containing moisture sources.

Troubleshooting – Tobacco beetles do exist, however they can be exterminated by placing your infected cigars in the freezer.

The Habano you choose, how you cut it, light it, smoke it, and the flavours you enjoy are your choice. However, you should keep in mind the following.

Choosing – The color should be even, with a sheen on the leaf. When you press the cigar gently between your thumb and index finger, it should feel firm and springy to the touch. Enjoy the aromas wafting up from the box, taste can only be judged by smoking.

Cutting – The cut should be made just above the line where the cap meets the wrapper. This creates an aperture broad enough to ensure an unobstructed draw whilst retaining enough of the cap to stop the wrapper from unravelling.

Lighting – Light your cigar with an odorless flame, such as a butane gas lighter, wooden match, or spill. Hold the foot of the cigar at a 90-degree angle to the flame and rotate it until the surface is evenly charred. Place the Habano between your lips, holding the flame a centimeter away, and draw until the flame hits the foot. Continue to rotate the cigar. Blow gently on the foot to check that it is evenly lit.

Smoking – A cigar should be smoked slowly or it may overheat and harm the flavor. It’s not a cigarette, meaning don’t inhale. Gently draw the smoke into your mouth allowing it to dance on your taste buds. Enjoy the flavours and aromas. A cigar may be smoked for at least three quarters of its length and you should let the ash fall on its own, preferably in the ashtray. It’s fine to relight your cigar if it goes out, but first clean off any loose ash.

Saying goodbye – When the sad moment arrives to part with your cigar, don’t crush it to a pulp. Lay it to rest in the ashtray and it will go out by itself. Allow it to die with dignity.

After reading this guide you’re probably asking, “Where can I buy Habanos?” Below you’ll find the licensed Habano retailers.

Cuba has many La Casa del Habanos yet the one on 5th Avenue and 16th street in the Miramar section of Havana has a reputation for being the best.

In cities such as Beijing, Buenos Aires, Cancun, Hong Kong, Prague, and Tokyo, you’ll find Cohiba Atmosphere. These destinations offer a selection of drinks, several even offer cuisine, to accompany a wide assortment of Habanos.

From when the seed touches the soil to when the cigar lays in its box, over 500 agricultural and manufacturing tasks are completed. With methods developed two centuries ago in Havana, Torcedores craft all Habanos totally by hand. The Regulatory Council for the Protected Denomination of Origin (D.O.P.) Habanos established strict quality control measures for every cigar in order to receive the Habano distinction. Remember, all Habanos are Cuban, however, not all Cuban cigars are Habanos. 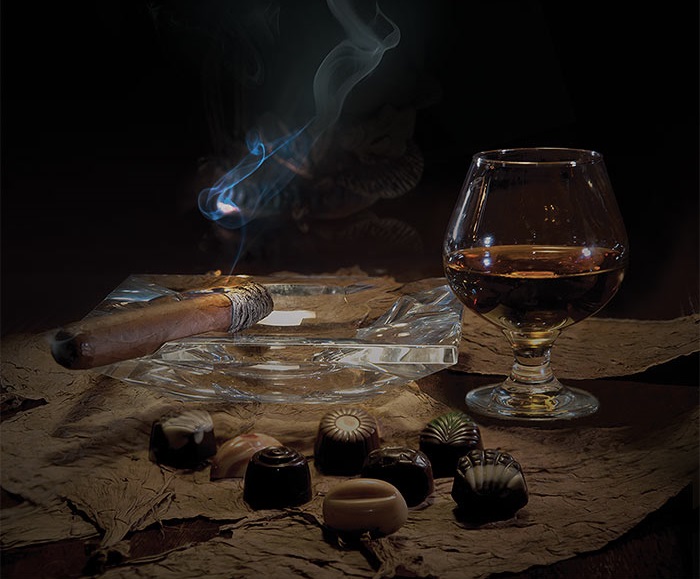