Vaccine hesitancy is slowing the reopening of the U.S.

Remember a couple months ago when the U.S. was one of the world’s leaders in the percentage of the population that had been vaccinated?

Well, while we are still well ahead of most of the world, our standing in that statistic is slipping, to the detriment of the U.S. travel industry and all of us who would like to see the Biden administration reopen borders soon.

As of July 4, 47% of U.S. residents were fully vaccinated, placing us 14th in the world, according to the New York Times. That’s pretty good. But the arc of U.S. vaccinations provides plenty of cause for concern.

Go back to April 21, and 40.2% of the U.S. population had received one vaccine dose, compared with 26.1% of Canada’s population and 20.1% of the population of the EU, to cite two prominent examples. As of July 4, however, the U.S. had only increased that figure to 54.5%, while Canada’s single-vaccination rate had soared to 68.6% and the EU was fast catching up to us at 52.1%, according to an analysis by Our World in Data. Barring an unforeseen turn, of course, Canada, EU countries and other wealthy nations will eclipse our fully vaccinated rate in due time.

Without a doubt, the primary cause of the U.S.’s current sluggish vaccination clip is vaccine hesitancy. Health departments across the country have the vaccines, but many Americans prefer not to get the shots.

In the meantime, the Covid-19 pandemic isn’t over, even though it happily feels that way in the U.S., where virus transmission was at just 4% of its winter peak during the last week of June.

During that same week, according to Reuters, 17 nations were still at 90% or more of their Covid-19 transmission peaks. Meanwhile, the new, more contagious Delta variant of the virus is the latest cause of alarm. The variant led to a jump in cases in the U.K., causing Prime Minister Boris Johnson to delay the final lifting of restrictions on social contact from June 21 to July 19. Some EU nations, including Portugal and Germany, even reimposed quarantines on people entering from the U.K. for a while. And Germany, for a spell, resumed mandatory 14-day quarantines on tourists reentering from Portugal, where the Delta variant has also taken hold, despite the July 1 onset of the EU Digital Covid Certificate, which is supposed to allow for quarantine-free travel within the block.

Here in the U.S., the continued travel ban on visitors from 35 countries, including the EU nations, the U.K., China, Brazil and India, has become a major cause of derision in the airline and broader travel industry.

In the days leading up Biden’s one-on-one meeting with Johnson in England last month, airline executives implored the duo to agree to a quick U.S.-U.K. reopening. Instead, the two leaders agreed only to establish a joint working group geared toward reopening international travel.

Willie Walsh, director general of IATA, lashed out at that decision, calling it “transparently political.”

I agree. By now, the U.S. and U.K. governments have had plenty of time to develop a reopening blueprint. But with the Delta variant on the rise, for the U.S. that blueprint almost certainly entails getting more people vaccinated.

Vaccine hesitancy by regular Americans is one cause of border reopening hesitancy by the Biden administration. I’m not sure how we extricate ourselves from this cycle quickly. But for airlines, it’s important to message in tandem. Americans should get their Covid shots. The U.S. should reopen to the world. The issues are linked. 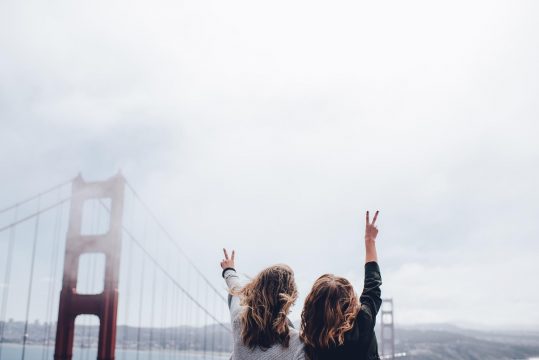