What comes after the pandemic

The metaphor of fire has been used frequently to describe the pandemic. Debates about whether or not an area could be described as “glowing embers” or a full-out conflagration have even entered our polarized national political discourse.

But when it comes to the economy, it doesn’t really matter where you live. Whether located in a current hot spot or a region that appears to have flattened the curve, few businesses have escaped the effects of this global firestorm. Unless you’re a bankruptcy lawyer, loan officer, pharmaceutical executive or Jeff Bezos, your enterprise has been singed or damaged, possibly irretrievably so.

With job losses still mounting and new flare-ups emerging even where the scourge had once seemed under control, it’s hard, and perhaps premature, to think about the post-inferno landscape. But with encouraging news about vaccines being on the horizon and more politicians advocating steps that are proven to slow the pandemic’s spread, perhaps we’re approaching the borderland between wreckage and recovery.

When we finally cross that line, we may see a slow restart for existing businesses in parallel with the birth of an era of exploration, innovation and excitement.

Much of the non-Western world honors and respects both the forces of destruction and rebirth, believing each to be coequal in the rhythms of life. Poets view the four seasons, with winter’s killing conditions and spring’s regenerative power, as an allegory for humankind’s cyclical path. Even Disney put a spotlight on “the circle of life.”

Of course, a spiritual or poetic perspective may be of limited or no comfort when your personal financial situation has been turned upside down or you fear your business is dying. But history, and in particular, natural history, provides a perspective that gives broad encouragement about what the future may hold.

In an old-growth forest, the larger, older trees have a huge competitive advantage. Their canopies absorb most of the sunlight, leaving very little opportunity for younger trees to attain equal stature.

Prior to the virus, our situation was not unlike that of a well-established forestland. We entered the pandemic with the momentum of the longest period of economic expansion since we’ve been keeping records. But ultimately, opportunities were not shared equally; there was a well-documented trend toward the concentration of wealth in the hands of a relatively small percentage of the population. And the largest companies often cast impenetrable shade on entrepreneurs and startups.

During a wildfire, large, older trees maintain an advantage over younger, smaller trees. But after the blaze has run its course, the overall competitive landscape has changed significantly to provide more space and sunlight for new life to emerge. In business as in nature, this new environment offers opportunities that didn’t exist in prior conditions. Many great companies began during or just after an economic downturn, including Procter & Gamble, IBM, General Electric and General Motors, to name a few. In travel, Hyatt and Disney got their start during inauspicious times.

We can’t know the details of how people will be able to take advantage of conditions that will emerge post-Covid. There are too many complex and moving parts: the state of global macroeconomics; the near- and long-term toll on the human psyche; the stresses on and advances in healthcare; and the direction of new technologies.

But history tells us that when humans confront crises or get behind large-scale societal goals, progress and innovation accelerates in unexpected directions. Among the benefits that accrued from the concerted national effort to put a person on the moon are technologies that led to dozens of advancements that seem unrelated to space exploration: scratch-resistant lenses, insulin pumps, Lasik surgery, solar cells, freeze-dried food, CAT scans and the computer mouse among them. Even the DustBuster and memory foam were originally designed for use in space.

The warp speed race for a vaccine has already produced breakthroughs that will advance medical research for decades to come and may well find serendipitous commercial uses.

I’ve written before about the positive developments for travel that emerged as a direct result of 9/11 and the Great Recession and how during our present crisis, the cruise industry in particular may contribute to a better understanding of health protocols.

When the history of the pandemic is written, among the footnotes in business history will be growth in what are now niche travel sectors, such as the previously nonglamourous leasing of recreational vehicles.

Similarly, the fever chart that tracks the path of travel advisors will likely spike upward as consumers, insecure about safety and perhaps feeling burned by complicated rebooking, refunding and cancellation policies, turn to them for expert advice.

For the time being, we struggle. We are experiencing something that has never previously occurred in the whole of history: Every human being on the planet has had his or her plans for the coming year upset. 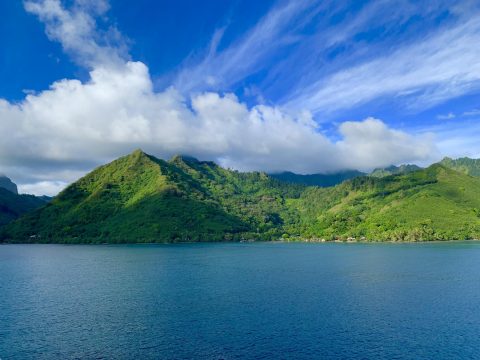