What sustains a traveler in 2020

When mapping the human genome, researchers investigated the properties of a gene labeled DRD4, which influences the way rewards are perceived and processed in the brain. It is, in plain language, the novelty-seeking gene. Those who possess it are happiest when stimulated by something new and different.

It’s associated with attention deficit hyperactivity disorder, but it’s also present in those who simply feel most alive in the presence of the unfamiliar. They are unfazed by strange situations, they seek out the unknown, they’re excited by the unexpected.

We’re all captives of our DNA, and I’m quite certain DRD4 is prominent in my genetic profile as well as in the majority of those who work in the travel industry. In my case, it has driven me to etch a tiny line through 120 countries and across the calendars of 45 years.

I wish I could say that a high purpose drives my travels. I would like to declare that I travel the world in search of ways to wipe out poverty, hunger and disease. That my desire for world peace drives me, relentlessly, to build bridges and create bonds among peoples. That I am on a quest for the keys that will unlock a sustainable future.

Well, I do what I can. It is the destiny of some people to shape the world and for others to be shaped by it. I am more the latter. But as physicists have shown, it’s impossible to observe an event without influencing it. As a journalist, I have borne witness to, and written about, poverty, hunger, disease and unrest. On a few occasions, I have amplified the voices of the oppressed.

But I think that my most lasting impact on the world has taken the form of thousands of small human interactions driven by curiosity. Sometimes that curiosity arose in me, sometimes in people I have met in a host country.

My first visit to China was in 1984, a time of great change. English was being taught both in classes and over the radio, and people were eager to try it out.

Sometimes that led to exchanges that expanded my understanding of that great country. But sometimes, it led to this sort of exchange, which I had on a train platform in Xi’an:

Man on the platform: “I would like to have a dialogue with you.”

Man on the platform: “Your hair is brown. Your eyes are green. You are tall.”

And then he walked away.

Not a lot of information was exchanged, but I nonetheless remember that conversation 36 years later. It was revealing about the burgeoning openness in a country that remained a mystery to much of the West. It demonstrated a desire to connect in a friendly manner, however briefly, with a visitor. There were certainly deeper exchanges with others, but that short conversation stuck with me.

Indeed, my impact on the world and its impact on me has been primarily through one-to-one contact. I like to hear people’s stories. And I like to share my experiences and, perhaps, show them that their preconceptions about America may not always be 100% true.

It’s interesting how people in other countries view the U.S. I was born in Chicago but also lived in Texas. When young people ask me where I’m from, I sometimes say “Chicago,” sometimes, “Texas.”

When I say, “Chicago,” they invariably pantomime shooting with a Tommy gun and shout “Al Capone!” When I say, “Texas,” they pretend to pull out pistols and say, “Cowboys!”

It seems that the association of America with gun violence (and Hollywood) is going to follow us around. All travelers carry the weight of their national stereotype.

I know how many countries I’ve been to, but that’s not what I consider the best way to judge a life in travel. In every one of the countries I’ve visited are people, many of them now great friends, who, more than landscapes or museums or restaurants or grand hotels, have shaped my life.

And now that my travels are limited by the pandemic, I’m sustained by memories of people: the man who wanted a dialogue on the train platform in Xi’an; a woman in Cuba who, after I complimented the beauty of her country, shared, in five words, her unhappiness (“Fine. You stay, I’ll go.”); my guide in the West Bank city of Nablus who calmed a vendor hostile to Americans by saying, “There are countries, and there are individuals. Don’t confuse the two.”

When we are once again let out into the wild, I’ll no doubt seek novel experiences and meet new people. Still, until then, my life will continue to be shaped by travel and by people who may live thousands of miles away. Some I stay in touch with. Others I met only once, but their voices continue to speak to me, words echoing across time and space. 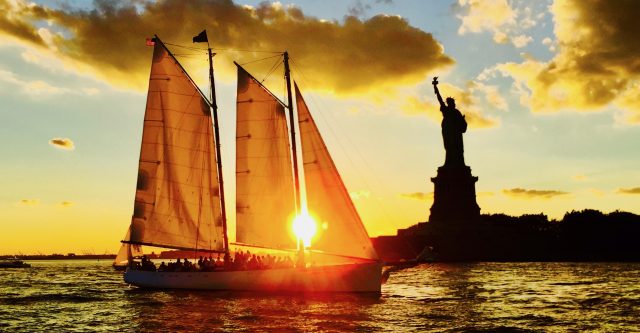