Well it seems like only yesterday that I was writing in this blog on how it was World Voyage time of year again, as the Cunard vessels and many other cruise vessels got ready to head off for anything from 3 to 4 months for their annual circumnavigation of the World – in fact that was early January when I wrote that!

Today I see that my old ship, Queen Mary 2, has already sailed in to Hong Kong, one of the signature destinations on any World Voyage and that also means that the World Voyage is just about at the halfway point already, as QM2 starts and finishes from Southampton, England.

Time flies on board ship, but it always seems amazing to me even after all those years working ships that in that relatively short time they have sailed to the other side of the planet..!

Hong Kong is another destination I strongly recommend that you visit at some time. To sail in on an ocean liner is the most amazing way to arrive into that famous port city. The ship is surrounded by small craft on the water as she sails in – from yachts to thousands of small fishing boats, to the famous Chinese junks which still ply the harbour waters there carrying their various cargoes. It as almost as if they have come out especially to escort the ship in to the harbour and I will always recall that we frequently had to sound the ship’s (very loud!) whistle to even get them to move aside, away from our intended courseline!!

Then of course there are the mountains to either side of the harbour in Hong Kong which make it so spectacular, but I suppose the most incredible feature these days is the ever-expanding city skyline with the a mind-boggling number of skyscraper buildings, with each year we visited seeming to bring a newer and taller one – some literally disappearing into the low clouds which sometimes hang around the harbour! 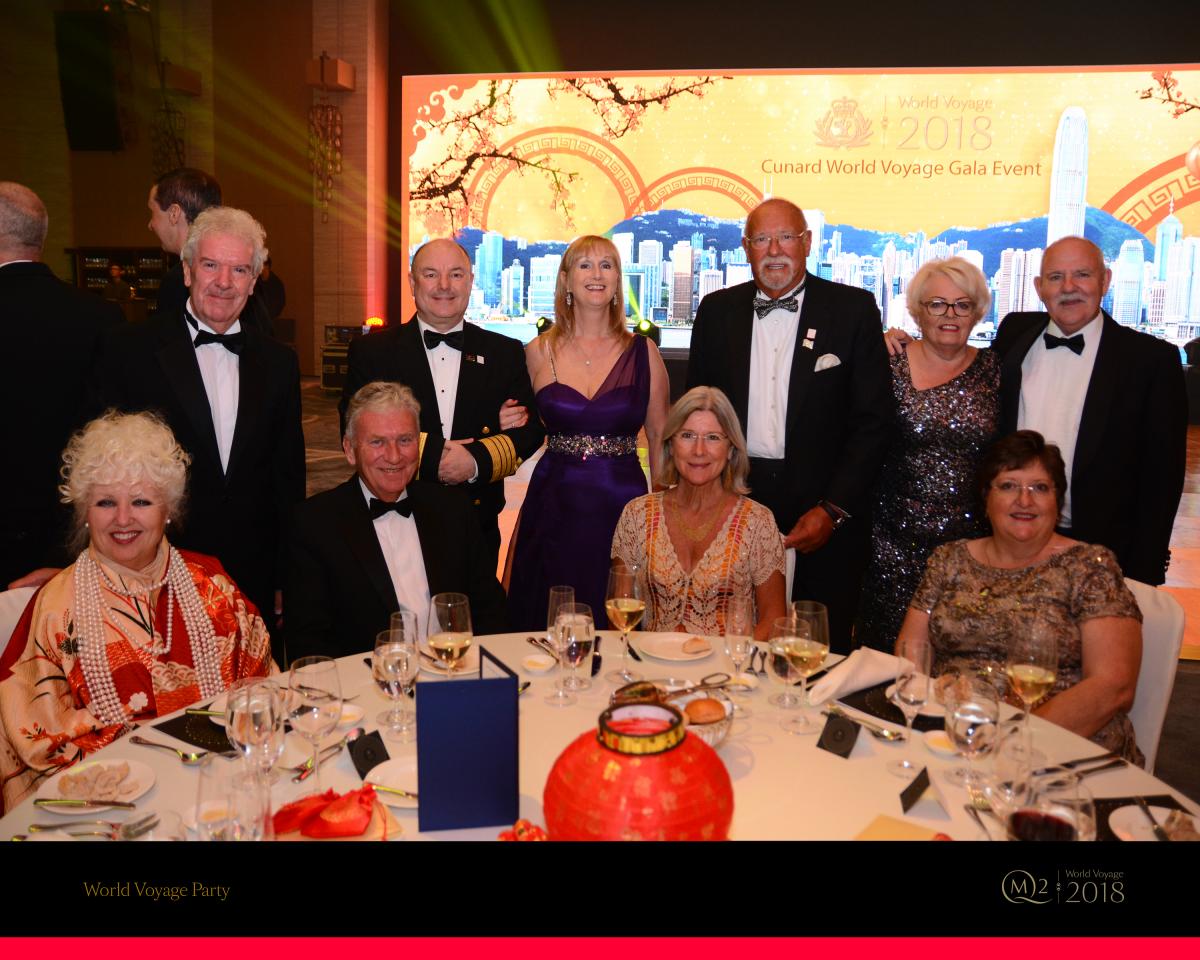 I liked to visit the older parts of Hong Kong when I had some time ashore, but it is a vibrant and exciting city with so much to see and do.

Last year we had our “World Voyage Dinner” in Hong Kong for all guests on board Queen Mary 2 who had taken the entire World Voyage and hence were with us for over three months! Yes, surprisingly each year there are 200 to 300 guest who have booked the whole voyage – last year those guests were with us for around 100 consecutive nights and circumnavigated the globe with us! No wonder so many of them became personal friends who we stay in regular touch with and probably will for the rest of our lives! 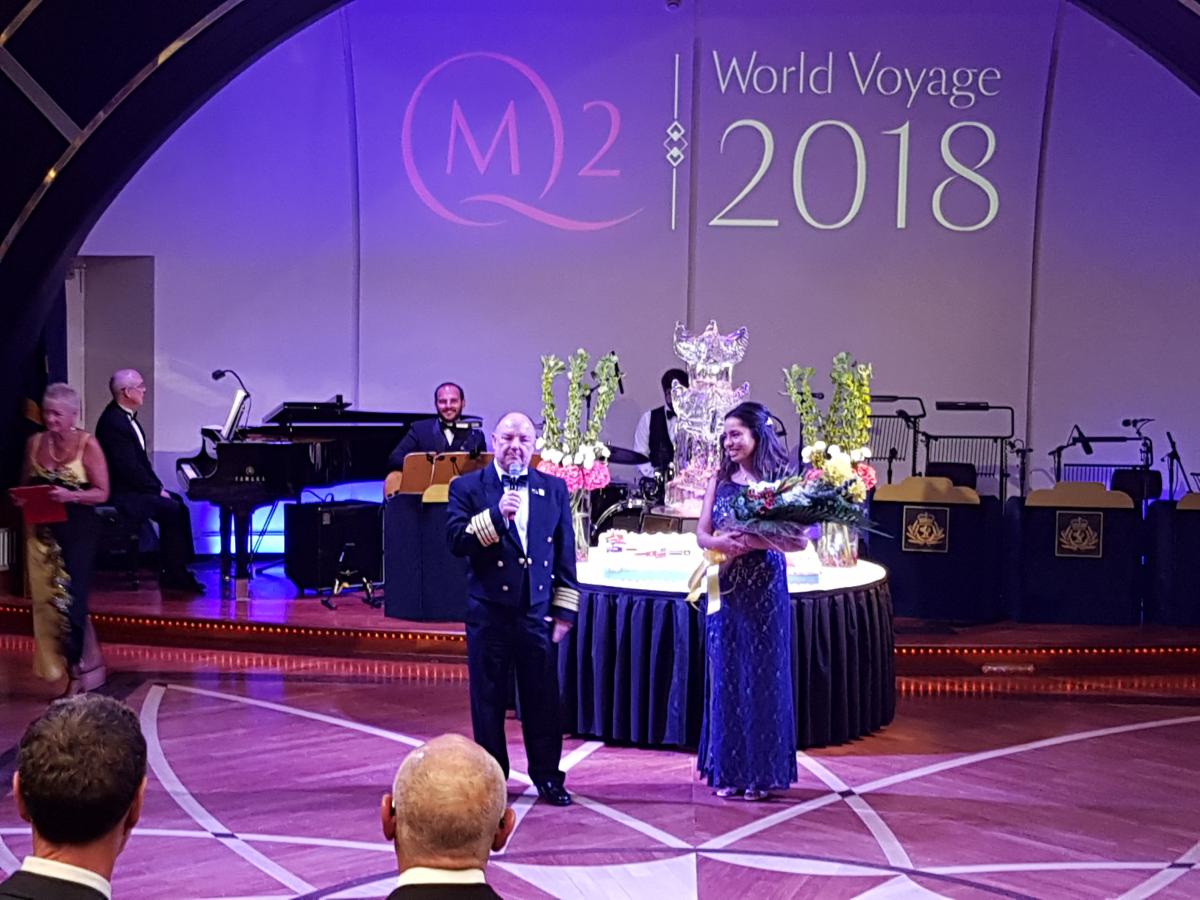 Cunard recognises these very special guests with a World Voyagers Dinner ashore in a fine hotel at one of the signature ports – a very nice touch, I always think. I’ve known them to be held in such ports as Singapore, Sydney, Auckland or San Francisco in previous years. Myself and my Senior Officers naturally help to host these events and one of the Senior Directors of Cunard flies out to co-host and make a speech thanking the World Voyager guests for their loyalty to the Company. 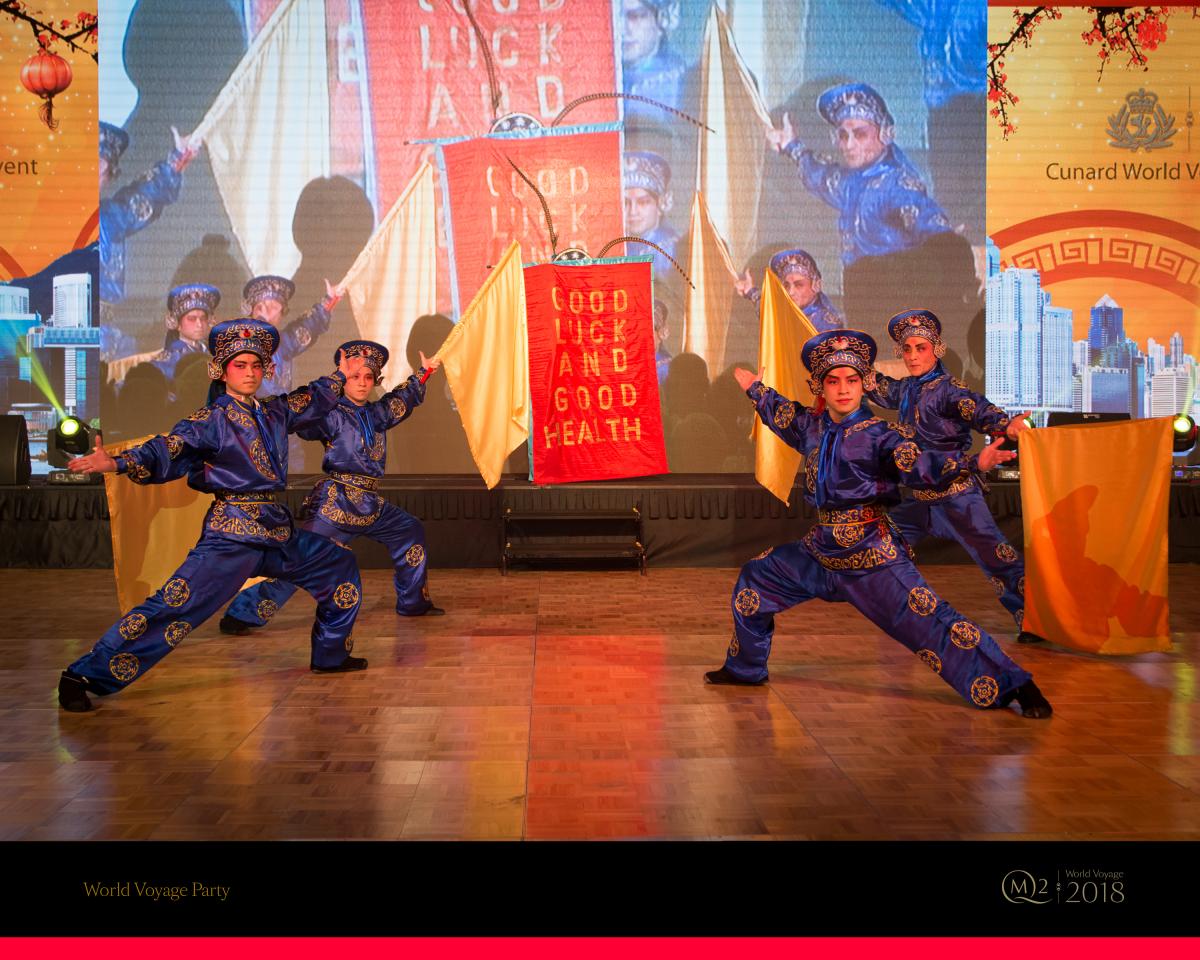 Last year’s event in Hong Kong was a magnificent evening with local Chinese dancers and entertainers providing the finale after a lovely meal at one of the new posh Hong Kong hotels which faced across the waters of the famous harbour. Every guest table at the dinner was hosted by one of the ship’s Officers and it is also a great experience for them too. I always remember these events as one of the only times I ever wore my full Formal Captain’s evening uniform whilst not on board the ship! It did feel a little strange to be wearing my ship uniform ashore in a fine hotel, but as the evening went on that was soon forgotten!

Perhaps some of you are considering a full World Voyage one year – go for it if you can, as it’s something you’ll remember for the rest of your life! You can find out more online by heading to Cunard or any of the other cruise lines through The World’s Greatest Vacations website – happy browsing…!! 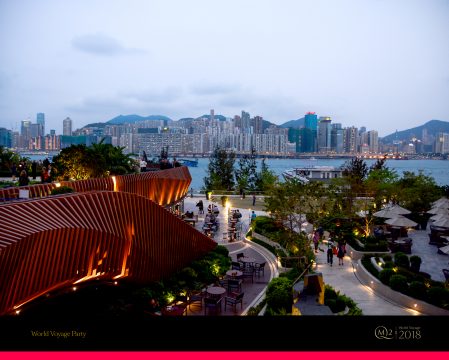