Go Here, Not There: 7 Places to Avoid High Crowds and Costs This Labor Day

Escape tourists and peak-season prices in these alluring locales.

If you’ve been contemplating a Labor Day getaway, now is the time to set your plans into motion. After all, the three-day weekend is just a few weeks away, and whether you want to jet off to a new destination, hit the road for an awe-inspiring adventure in the great outdoors or plan a coastal escape farther afield, there are plenty of exciting end-of-summer trips to take. Best of all, you can still score a bargain when visiting off-the-beaten-path places, away from fellow vacationers and all the annual bumper-to-bumper holiday traffic. Keep reading to discover affordable alternative destinations that are perfect for a last-minute jaunt over the holiday weekend.

If You Want Sun: Try the Jersey Shore, Not Ocean City, Maryland

While summer is an ideal time to slip away to Ocean City – with its free events, classic boardwalk, kid-friendly attractions and comfortable temperatures for beach lounging – prices are typically over $300 per night for two- and three-star hotels on weekends, says Clem Bason, CEO of hotel deal site goSeek.com. For an easily accessible coastal escape that won’t break the bank, consider the Jersey Shore. You can optimize savings by flying into Newark Liberty International Airport and driving to one of the many affordable stretches of sand along the shore, explains Jeff Klee, CEO of CheapAir.com. Plus, there are excellent music enclaves, family-friendly sands and “even Atlantic City for the high rollers,” Klee adds. What’s more, goSeek.com shows nightly rates under $150 at three-star hotels from Sept. 1-4.

Charleston, with its moss-laden trees, historic homes and antebellum appeal, has long been a can’t-miss destination for every world traveler. But during the long weekend, four-star hotels range from $250 to $500 a night, Bason says. To stretch your dollars further, consider Memphis. An outside-the-box Southern getaway, Memphis offers a laid-back setting, eclectic bars and a rich musical heritage (don’t miss the Memphis Rock ‘n’ Soul Museum and the Memphis Music & Heritage Festival downtown), he adds. Google Flights shows round-trip flights from Chicago airports starting at $175 and routes from Los Angeles for less than $200 from Sept. 1-4. Plus, goSeek.com lists rates at four-star properties in Memphis for under $100 per night over Labor Day.

If Food and Festivals Are Your Jam: Try Austin, Texas, Not Seattle 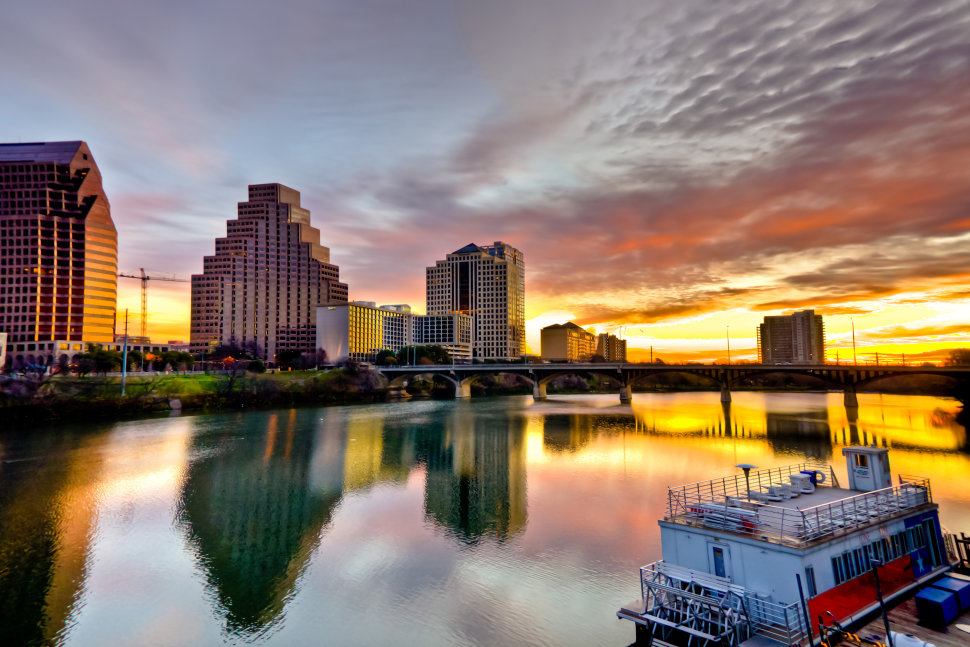 Seattle, with its cutting-edge restaurants, Pacific Northwest charm and sleek art, offers an irresistible urban appeal. But with prices for four-star hotels starting at around $300 for the long weekend, culture vultures on a budget should look elsewhere, Bason explains. Christie Hudson, Expedia’s U.S. communications manager, highlights Austin as an alternate forward-thinking and offbeat destination that’s brimming with “great places to eat, hear live music and enjoy the great outdoors in an urban environment.” Plus, goSeek.com shows room rates at three-star hotels starting at under $100 from Sept. 1-4, and Google Flights shows nonstop round-trip routes from Los Angeles starting at under $250 for the same period.

If You Love Biking: Try Amsterdam, Not San Francisco

For a memorable bike trip on a shoestring budget, skip expensive cycling cities like San Francisco and pack your bags for Amsterdam. You can easily check out eclectic neighborhoods and attractions from behind two handlebars and pedal your way through lovely bike trails in Vondelpark, a sprawling green space filled with statues, sculptures, fields, ponds and picturesque paths. “The ways to explore this city are limitless, as you can take advantage of museums, sample the local eats and drinks or experience the history and intrigue of the newly cleaned-up Red Light District by night,” Hudson says. GoSeek.com shows rates at three-star hotels for under $100 per night, and Google Flights lists round-trip nonstop routes from major airports in the District of Columbia starting at $810 from Sept. 1-4.

If You Live for Festivals: Try Chicago, Not Philadelphia

The City of Brotherly Love is typically an affordable travel spot for East Coast city dwellers, but upcoming Labor Day events, including the Made in America Festival, which will be headlined by Jay Z, have positioned Philly as a pricey place for a weekend jaunt, Bason says. “Prices for downtown four-star hotels are above $200 in most cases, averaging $250,” he says. For an urban escape with an attractive price tag, consider the Windy City. “Labor Day weekend festivals include Chicago Jazz Fest and the Great American Lobster Fest at Navy Pier,” Klee says. Plus, you can take advantage of pleasant temperatures at this time of year. Even better, Google Flights shows round-trip flights for less than $250 from D.C. and Boston hubs.

If You Love Wine: Try Charlottesville, Virginia, Not Napa Valley

Napa Valley, with its colorful vineyards, charming caverns and top-tier wine entices grape-seekers year-round. But if you’re chasing a deal for the holiday weekend, Charlottesville offers attractive hotels rates, along with world-class vineyards along the Monticello Wine Trail (think: Barboursville Vineyards, Blenheim Vineyards and Jefferson Vineyards). When you’re not leisurely sipping wine and soaking in the scenery, check out Monticello or embark on a scenic road trip along Shenandoah National Park’s Skyline Drive. GoSeek.com currently lists three-star hotels starting at under $120 per night from Sept. 1-4. And during the holiday weekend round-trip flights from Boston’s Logan International Airport and Miami International Airport start at under $300.

Every year, swarms of visitors flock to major U.S. metropolises such as New York City and San Francisco, so if you’re hoping to avoid crowds and land a deal, consider London instead, Hudson says. Across the pond, you’ll still find the hustle of a big city with excellent cuisine, art and architecture, minus the heavy tourist crowds of popular U.S. cities, she adds. Even better for bargain hunters: “Britain has been an especially great value for U.S. visitors this year, with the lowest exchange rate on the [British] pound in more than 30 years,” she explains. Google Flights currently lists round-trip routes to London from Los Angeles starting at $650 over Labor Day weekend.