Name recognition is the only thing you’ll sacrifice if you swap out the usual tourist attractions for these lesser-known spots. The rest is gravy: think lower prices, fewer crowds, and more time spent actually enjoying the place you’re visiting.

Egypt. The Saqqara Pyramids site is far less crowded than Giza Plateau, despite the fact that you can clamber into a small pyramid and wander inside tombs more beautiful than many of the more famous ones in Luxor. For an excellent introduction to ancient Egyptian architecture, start with the Imhotep Museum; it’s devoted to the vizier of the same name who built the world’s first stone monuments and invented the pyramid tomb. Next, head for the tomb of the vizier Mereruka, whose scenes of daily life—fishing, bread making, pet hyenas—are carved in still-sharp stone relief on the inside walls. The shared tomb of Niankhkhnum and Khnumhotep, manicurists to the pharaoh Unas, is one of the most exquisite and mysterious monuments in all Egypt—the exact relationship between the two embracing men remains lost to time. 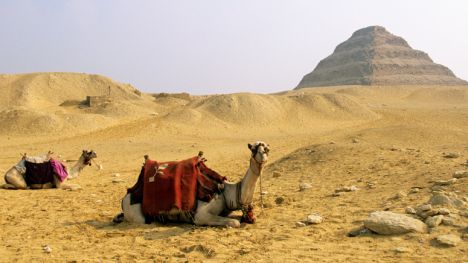