During a summer when temperatures flirt with never-before-seen highs, millions of Americans are streaming to water parks. Not just in sunny Florida — but stretching from Long Island, New York, to Wisconsin, to Colorado, to Texas and California — sprawling facilities offer a wonderful oasis from this year’s blistering heat. As they’ve grown in numbers and size over the decades, water parks have become more than just tourist attractions. Some areas, like Federal Hills, Colorado, own them and embrace them as social anchors of the community. In traditional vacation spots like Orlando, Florida, water amusement facilities have become adventure destinations that families find themselves returning to again and again.  Water parks have become “kind of the modern day equivalent of the pleasure beaches that were popular back at the turn of the 20th century,” said Martin Palicki, editor-in-chief of the trade publication inPark Magazine. In this case, a shoreline isn’t required — just free-flowing H2O and plenty of thrills. 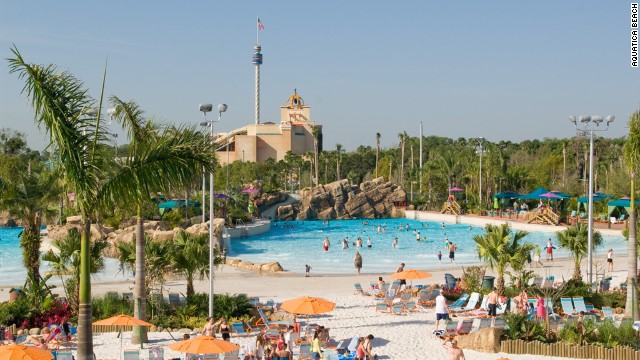