Celebrity Cruises has announced an increased Southern California presence for 2014 with the greatest number of departures from the Port of Los Angeles (San Pedro) in its history.  Beginning in March, the line will launch a total of eight roundtrip sailings from Los Angeles to Pacific Coast ports, including specialty cruises for beer and wine enthusiasts.

Celebrity Century will sail 7- to 13-night Pacific Coastal and Gold Rush cruises departing in March, April and May. The cruises call in Santa Barbara, San Francisco (overnight), Monterey, Catalina Island and Seattle, as well as Ensenada, Mexico or Victoria and Vancouver, British Columbia. Pricing for a seven-night cruise starts at $599. 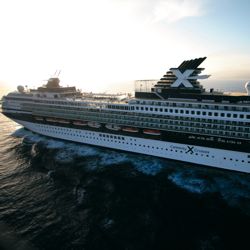