There’s romance in our National Parks, and not just the human kind. A self-described hopeless romantic, park ranger Margaret Adams likes to lead the full moon night hikes at Cuyahoga Valley National Park in Ohio. You’ll have to leave your flashlight behind as you head out at dusk, and Adams likes to change her route, so all you’ll know is that the full moon will light the way and it will last about two hours. You might encounter animals stirring in the night. During February’s full moon hike, Adams and her hikers spotted a couple of deer ahead and later, a pair of coyotes. 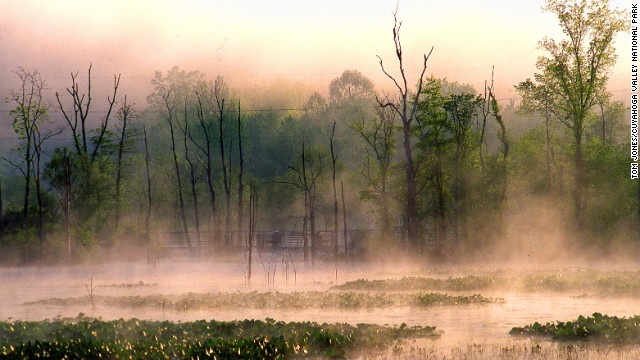