La Perla del Sur or Pearl of the South, Cienfuegos literally translates to one hundred fires, however, the city receives its name from José Cienfuegos, Captain General of Cuba (1816–19). Truly immerse yourself in the city by visiting these 5 destinations.

The 18th-century Jagua Fortress lies south of Cienfuegos near the entrance of the Cienfuegos bay for the purpose of protecting the bay from pirates. You’ll definitely enjoy the view. 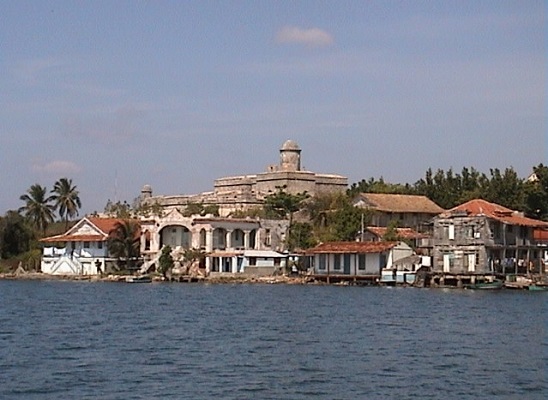 Walking along the palm tree lined malecon (sea wall) will lead you to the Punta Gorda peninsula within Cienfuegos where you’ll pass historic homes from the 1950s, a sculpture park, and arrive at the Palacio de Valle. Your eyes will be delighted to see the Moorish-inspired architecture and panoramic views from the rooftop bar and terrace. 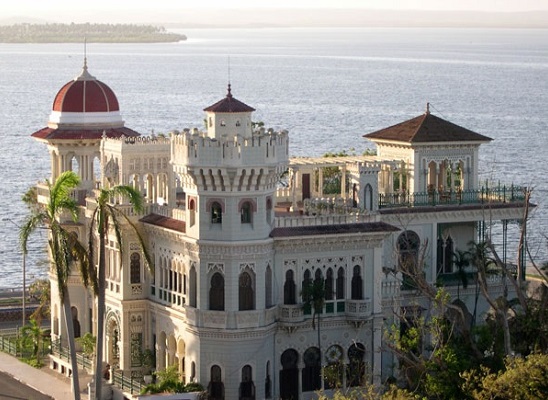 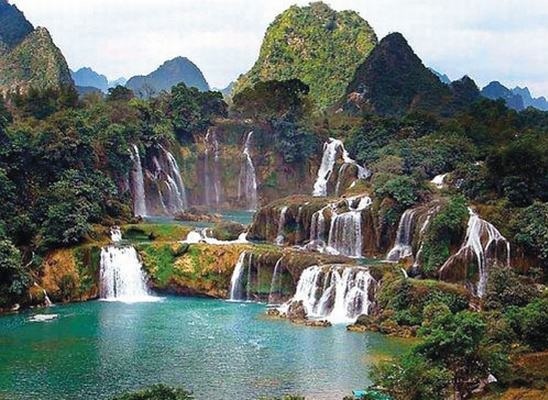 Named after the multi-talented Cuban national hero José Martí, the Parque José Martí (or Plaza de Armas) sits at the center of Cienfuegos where all local streets converge. A statue of José Martí stands in the center of the park flanked by two marble lions on one side and Cuba’s only triumphal arch, commemorating the creation of the Republic of Cuba, on the other side. Many ornate neoclassical historical buildings surround the park including the Teatro Tomás Terry, Antiguo Ayuntamiento, Catedral de la Purisima Concepción, Collegio de San Lorenzo, and the Palacio Ferrer. Definitely explore inside the buildings and make your way to the rooftop of the Palacio Ferrer.

The only cemetery of its kind in Cuba, the Tomás Acea Cemetery resembles the Parthenon at Athens and harmoniously blends remarkable tombstones and mausoleums into its garden. 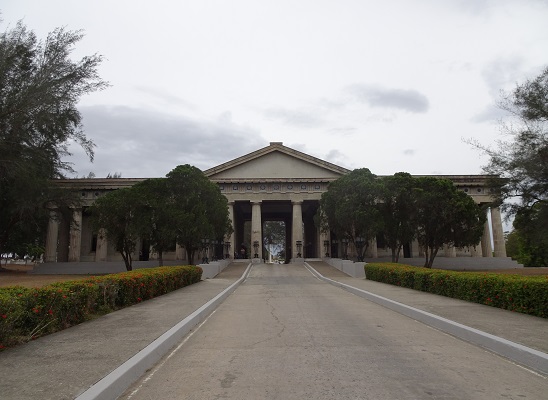 The only city in Cuba founded by the French, Cienfuegos features unique architecture and design. Be sure to relax on the rooftop of the Hotel La Union and, if you have time, drive to Santa Clara to visit the museum and resting place of Che Guevara. 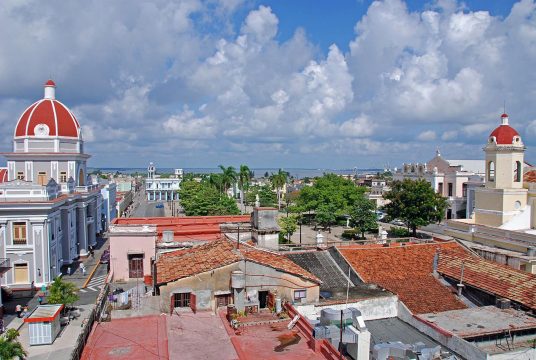