Naples is a historical and artistic hotspot and home to archeological treasures that top the chart for the most impressive and well-preserved in the world. Not to mention, the infamous Mount Vesuvius has blessed Naples with nutrient-rich volcanic soil, making the region one of Italy’s culinary powerhouses, known for its pizza, pasta, seafood and coffee.

There’s so much to do and see in Naples, so we’ve narrowed it down. Here are four things we think our guests shouldn’t leave Naples without experiencing:

To learn more about the excursions Costa offers in Naples, Italy please visit http://www.costacruise.com/usa/excursions/western_mediterranean-italy_itw-naples_italy.html. For reservations and more information on Costa Cruises, please call your travel professional or 1-800-GO-COSTA, or visit www.costacruise.com. 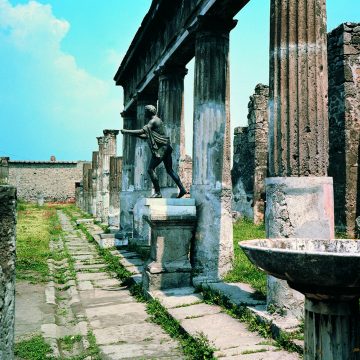