How Do Cruise Ships Get Their Names?

Norwegian Cruise Line this week launched a contest asking Facebook fans to choose a name for its next two ships. Among the choices for the Breakaway-Plus vessels are Norwegian Bliss, Discovery, Dreamaway, Escape, Journey, Muse, Passion, Sailaway, Treasure and Triton. The choice of ship’s name is a big deal. In 2011, USA TODAY readers helped name the Norwegian Breakaway and Norwegian Getaway (Breakaway debuted earlier this year and Getaway arrives early next year). The winning names best depicted the idea of a chance to escape from your daily routine on a cruise vacation, Norwegian officials said.

According to cruise historian Peter Knego, it wasn’t all that long ago that ships were named less creatively. “Ocean liners were often given names that either represented their nationality or the destinations they called at,” Knego tells Experience Cruise. As a result, there were ships such as the United States, America, France, and Antilles. Before Cunard began naming ships for British Queens, the line went with a theme of Roman provinces — hence the Mauretania, Caronia and Lusitania, et al.

Competing White Star named its ships with “ic” endings, such as Titanic, Olympic and Georgic. In the 1960s, cruise lines wanted to set themselves apart from steamship companies, so they sought names that were more upbeat and tropical,” Knego says. Later, the lines added their company name to the mix, so ships such as the Festivale and Tropicale gave way to the Carnival Fantasy and Carnival Ecstasy. The Starward and Sunward were followed by ships like the Norwegian Wind and Norwegian Star. 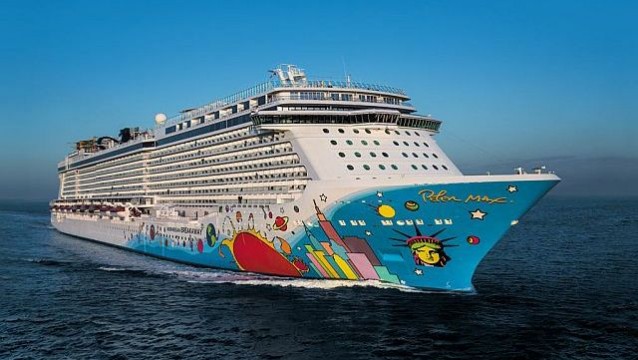