Imagine this: in your hot little hands you hold a blueprint for a luxury hotel in one of the most idyllic – and tiny – locations in the world.  There’s just one problem — there’s no space to build the thing. The answer? Create a five-star yacht hotel. That’s exactly the thinking behind Gibraltar’s new $200 million Sunborn Yacht Hotel; a permanently moored vessel which could spell the future of architecture in land scarce cities around the world. 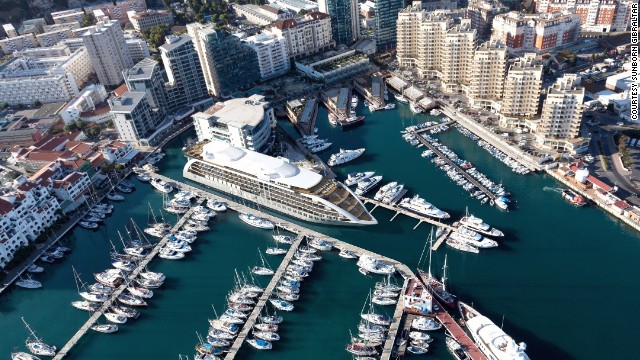