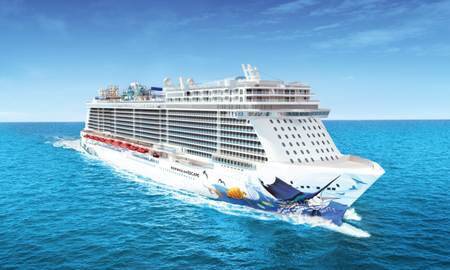 Norwegian Cruise Line announced its 2016/2017 deployment. Highlights include the addition of San Juan, Puerto Rico as a seasonal homeport for Norwegian Gem, along with new eight-night Eastern Caribbean and six-night Western Caribbean Norwegian Escape sailings from Miami. In addition, all guests sailing a Western Caribbean itinerary in 2016/2017 will have the opportunity to enjoy a visit to Harvest Caye, Norwegian’s new island destination in Belize.

Seasonally, Norwegian also continues to offer three ships in Alaska, four in Europe, two in Bermuda, as well as a variety of exciting South America Bahamas & Florida and repositioning cruises. Norwegian will also continue to offer its unique inter-island Hawaii cruises year-round on Pride of America from Honolulu and short Bahamas itineraries from Miami year-round on Norwegian Sky. The new itineraries open on January 8, 2015 for all bookings.

“Once again, Norwegian Cruise Line continues to offer a wide variety of exciting cruises for our guests to choose from in 2016 and early 2017,” said Drew Madsen, Norwegian’s President and Chief Operating Officer. “Guests can cruise to the Caribbean year-round while experiencing the incredible innovations on Norwegian’s newest ships, Norwegian Escape and Norwegian Getaway. In addition, we continue to offer the best of Europe on four beautiful ships including Norwegian Epic year-round, and the opportunity to experience the scenic beauty of Alaska on some of the youngest ships in the industry.”

Find out more at ncl.