Pandemic practices we want to keep

Call them silver linings in a very dark cloud: Adjustments made as a result of the pandemic have also produced benefits for society.
It has been noted that the pandemic accelerated existing trends that had previously advanced at a leisurely pace. Although there’s much about the pandemic we want to leave behind, it’s hard to ignore the innovations and incremental improvements to daily life that are byproducts of the Covid era.

I began asking friends and family what pandemic-related changes they hope outlive the lockdowns, quarantines, mandates and restrictions. QR codes for menus and hand-sanitizing stations at restaurants and shops were the most popular responses.

But some were fairly location-specific, such as the hope that Mexican restaurants continue to provide individual, rather than communal, bowls of salsa on the table to ensure not only equal distribution of salsa but eliminate concerns about fellow diners double-dipping.

People seem to like new ways to open doors. Someone observed that lever handles have increasingly replaced knobs, allowing people to push down with the back of their hand or elbow rather than grip and turn. Another person mentioned foot pulls at the bottom of bathroom doors; I noticed the Delta Sky Club in Salt Lake City took it one step further, adding “wave to open” sensors on their restroom doors.

To my surprise, the retention of mask-wearing came up a few times. Going forward, “it won’t seem weird to wear one during allergy season,” one friend offered. Another said, “I’ll keep wearing them on planes because it seems the only time I get sick is after a long flight.

“Besides,” she added, “I bought too many masks.”

Consumers have also noticed more-or-less subtle changes in the travel ecosystem. The addition of routes to recreational areas was mentioned, with Bozeman, Mont., specifically coming up twice.

I reached out to industry friends and colleagues to get their observations.

Brianna Glenn, owner of Milk + Honey Travels in Los Angeles, linked some positive developments to living in Southern California. “Less traffic, more outdoor dining, changes to the way I work out (I began running and hiking).” Also, “knowing how to properly wash our hands. And no airline change fees! I was also hoping that keeping middle seats open could be a thing but, alas …”

Airline change fees were mentioned by guidebook publisher and author Pauline Frommer, as well, who added that “it will also make it possible for folks who get to the airport too early — I’m guilty of that! — to switch to an earlier flight without a lot of financial pain.”

Frommer, too, is a fan of outdoor dining and likes timed entries to museums, noting that, two years ago, she couldn’t get close to the art in the Louvre but was recently at the Metropolitan Museum of Art in New York and “was often in the room alone with some of my favorite works of art.”

Loraine Gardner of Beyond the Horizon Travel in New York commented not only on change fees but the relaxation of other fees, including to redeposit loyalty points. “I hope airlines will do as they promised and have the elimination of change fees be permanent, as well as extending the policy to routes where fees haven’t been eliminated.”

Travel Leaders Group president John Lovell credits the widespread distribution of hand sanitizer and wearing of face masks for the reduction of seasonal flu and other transmittable illnesses. “People now understand that simple precautions can have a dramatic effect on their overall well-being and for the people they come in close contact with,” he added.

Darley Newman, the host and producer of the PBS series “Equitrekking” has become a fan of livestreaming with friends and colleagues, which helps her to “see the world in a more casual, personal way,” and which she intends to incorporate into her upcoming travels. She’s also happy that cities have increased their inventory in bike-share programs, allowing residents and visitors alike the freedom to see new locations in an active, ecofriendly way.

Google Travel’s managing director, Rob Torres, is another fan of QR codes and eliminating airline fees. And with the advent of hybrid in-person/streamed conferences, he sees a future where he’ll “never miss another meeting due to travel conflicts.”

“Don’t it always seem to go that you don’t know what you’ve got till it’s gone?” sang Joni Mitchell in 1970, and Uniworld CEO Ellen Bettridge sees a silver lining in the heightened appreciation for travel that restrictions have brought. Consumers “no longer take travel for granted. Travel will be a priority.”

Similarly, she credits the pandemic with giving her team time to strengthen relationships with travel advisors, improve communications through videoconferencing and being able to discover ways to enhance and differentiate her brand with new itineraries, products and partnerships. “We’re not done yet,” she said.

Speaking for many, she added: “We’re psyched about the future and ready to go!” 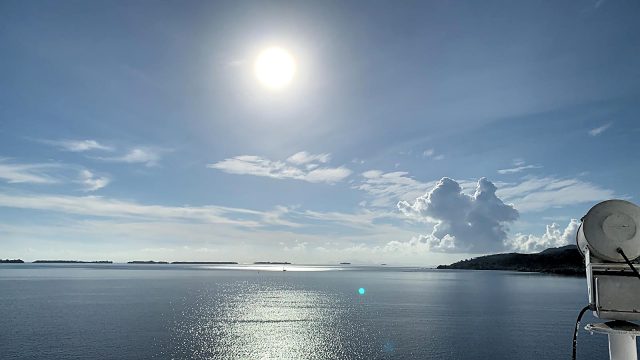