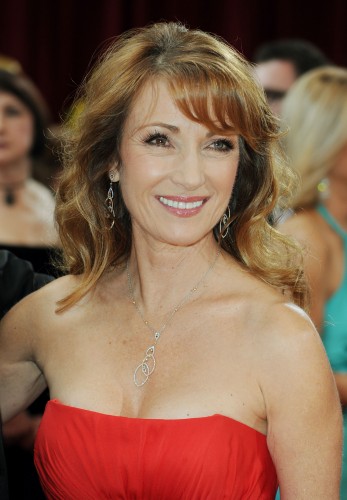 Cunard is thrilled to welcome multi-talented artist and Emmy® and Golden Globe® winning actress Jane Seymour aboard Queen Mary 2 for a special Transatlantic Crossing from New York to Southampton on 3 June 2015.

During the Crossing, Seymour will share her insights with guests during two Q&A sessions with Queen Mary 2’s Entertainment Director, as well as participate in a screening of one of her many films. In addition to her starring roles on screen, Seymour has fashioned a formidable career as an artist, known for her delicate watercolors and vibrant oil paintings. As a very special part of the voyage, she will conduct painting classes for passengers, which will be available on a first-come, first-served basis for a minimal fee.  Guests will also have the opportunity to attend a book-signing session with Seymour during the voyage.

“I am honored to be invited into Cunard’s Insights program and to join the many special guests and luminaries who have sailed with Cunard over the years”, said Jane Seymour. “I fondly recall sailing on the QE2 and am looking forward to being onboard once again in this special 175th Anniversary year.”

Although she is most famous for her roles in Dr. Quinn Medicine Woman, James Bond’s Live and Let Die, cult classic Somewhere in Time, and the comedy smash Wedding Crashers, Seymour unleashes her creativity through many other artistic channels as well – as a designer, writer, painter and art gallery owner.

When Seymour began to explore and focus on her love of art, she created the Open Hearts symbol: two hearts connected and open on either end, which symbolize how love flows without boundaries.  This symbol, now synonymous with the actress, became a jewelry line for KAY Jewelers and it also led her to start the Open Hearts Foundation, a nonprofit charity established to raise funds to enrich the lives of children in the areas of health, arts, sports and education.

Seymour’s career as a writer is also driven by her Open Heart philosophy and is equally impressive. She has written over ten books including Open Hearts Family, Among Angels, Open Hearts, and Remarkable Changes, and she co-authored a series of children’s books.  She is the recipient of the Officer of the British Empire, an honor bestowed upon her by Queen Elizabeth II at Buckingham Palace in 2000, and has also earned a Star on the acclaimed Hollywood Walk of Fame.

“We look forward to welcoming the versatile Jane Seymour to the Cunard Insights programme. We know our guests will enjoy hearing about her significant contributions in entertainment, the lifestyle arts, and philanthropy,” said Richard Meadows, president of Cunard, North America. “Her sailing will be a highlight of our 2015 Crossing season.”

For more information about Queen Mary 2 and to book a voyage, contact your Travel Consultant, call Cunard toll-free at 1-800-728-6273, or go to www.cunard.com