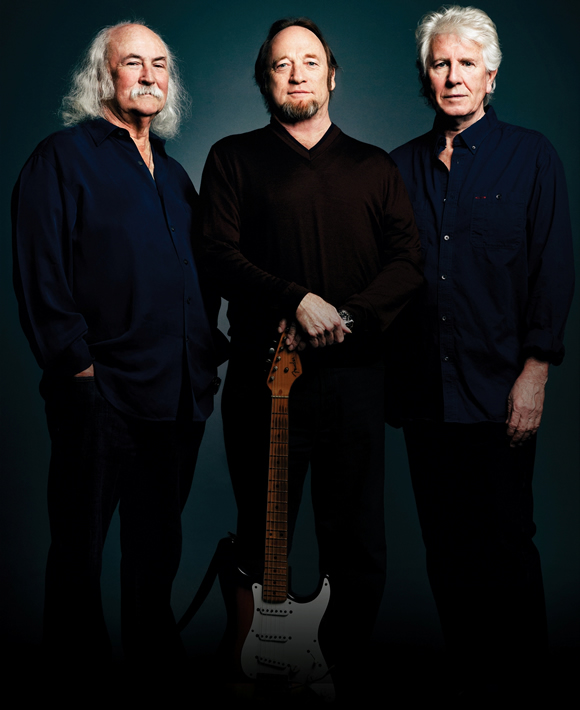 Cunard is proud to announce that Crosby, Stills & Nash will perform a series of exclusive concerts on board the company’s Flagship, Queen Mary 2, during her 4-11 September Transatlantic Crossing.

The Grammy® Award winning trio, who first performed together at the now legendary Woodstock Festival over four decades ago, will perform three exclusive concerts for passengers on board Queen Mary 2 during the seven-night Transatlantic Crossing from New York to Southampton.

“This will be a unique experience for us,” said Graham Nash. “We’re really looking forward to making music, bringing back memories and creating new ones – and this journey from New York to Southampton, on this beautiful vessel, will do just that.”

Crosby, Stills & Nash (CS&N) burst onto the music scene in 1969 with their self titled debut LP, now one of Rolling Stone’s ‘500 Greatest Albums of All Time’. The band members are among the few to have been inducted twice into the Rock and Roll Hall of Fame, once with CS&N and a second time with The Byrds, Buffalo Springfield and the Hollies. They have also been inducted into the Songwriter’s Hall of fame, with the honour recognising both CS&N as a group and each member as individual solo artists.

During the Queen Mary 2 crossing from New York (M519A), the trio will perform some of their greatest hits including ‘Teach Your Children’, ‘Southern Cross’ and ‘Wooden Ships’ in the Royal Court Theatre. They will also participate in a Q&A session and a special autograph opportunity for passengers on board.

“We are thrilled to welcome Crosby, Stills & Nash on board our Flagship in our 175th anniversary year. It’s not very often you get to see Rock and Roll legends perform in such an intimate setting, and our passengers are in for a real treat. After four decades in the music industry, the trio are still selling out concerts and Queen Mary 2 will make a magnificent backdrop against which to see them perform. The band’s presence on board amply demonstrates the calibre of internationally acclaimed artists and talent Cunard continues to attract.”

Balcony Accommodation on the 4 September 2015 crossing with Queen Mary 2 start from £1,599 per person at Cunard Fares and include the outward flight to New York, transfers and $305 per person on board spending money when booked before February 28, 2015.