If Jay “The Great” Gatsby had built a ship, it would be The Queen Mary 2. Think old school classic charm meets contemporary elegance; that’s the world you’re entering on The QM2. Once onboard The Queen Mary 2, The Great Gatsby would never want to disembark back into the real world. 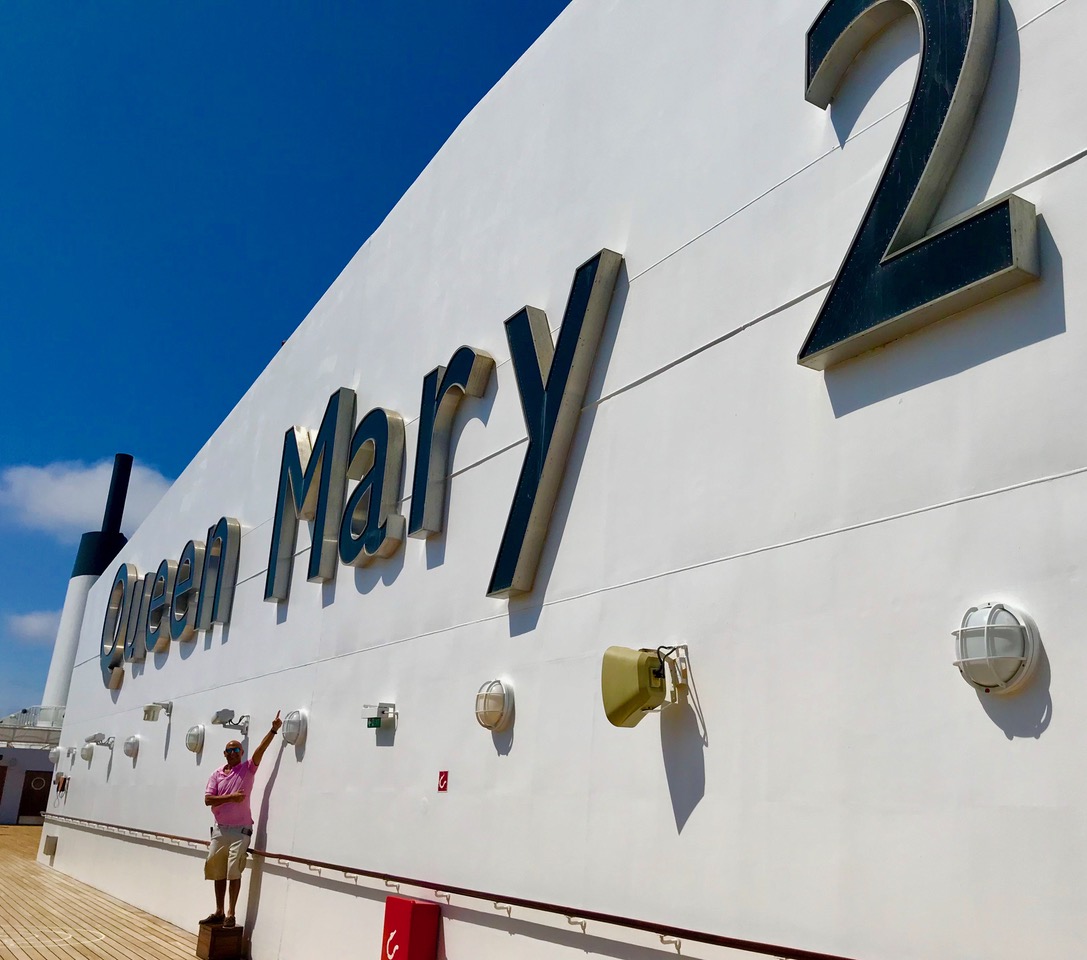 Opulent, glamorous, and always elegant, the grand ocean liner radiates traditional, gilded-age personality. The Queen Mary 2 is the gold standard for cruising panache, which others aspire to be. If you go on only one cruise in your lifetime, make it The Queen. If a cruising veteran believing you’ve seen it all, this glamour lady will excite you. She’s an “old soul”, which embraces you with warmth.

The RMS (Royal Mail Ship) Queen Mary 2 ocean liner is the flagship of Cunard Line launched in 2004…which is newer than most ships, yet remastered in 2016. (Royal Mail Ship, Cunard ships used to carry UK mail).

The QM2 hosts 2,695 guests in spacious cabins, many feature terraces, and frequently more comfortable than luxury hotel suites. These lucky voyagers are professionally attended to by more than 1,250 officers and crew.

Despite having been to dozens of countries and a lifetime boater/captain, a commercial cruise never appealed to me. I was a cruise virgin victim of the false narrative; cruises are crowded, shuffle boarding, kid screaming an assembly line type of impersonal “fake” experience. I could not have been more wrong; how I wish I lost my “virginity” so much sooner.

The lure to lose my fear was an opportunity to cruise transatlantic with World War 2 heroes. Seven days with men who were at Pearl Harbor, landed D-Day, Liberated concentration camps…genuine American heroes.

Some of these men shipped off to Europe aboard the original Queen Mary and Queen Elizabeth! These nonagenarians recounted stories when, as teenagers, they were sleeping in the swimming pool with nervous excitement for liberating Europe. The grand lady carried more than 16,000 troops and crew each crossing, and even Prime Minister Winston Churchill sailed across the Atlantic for meetings on several occasions. He was listed on the passenger manifest as “Colonel Warden.”

I couldn’t pass this up and brought my dear friend Lester Bornstein and his wife of 70 years, Marilyn. Major Bornstein volunteered to go ahead of allied lines during The Battle of the Bulge; shot a bazooka knocking out the lead Nazi tank saving thousands of allied lives.

Approaching the ship, I challenge anyone not to say out loud “wow” as they first see the QM2. Her massive presence is eye-popping, with powerful red and black exterior; with several stories high smokestack above the “Queen Mary 2” lettering seen miles away, reinforce the decision was right to experience this voyage. 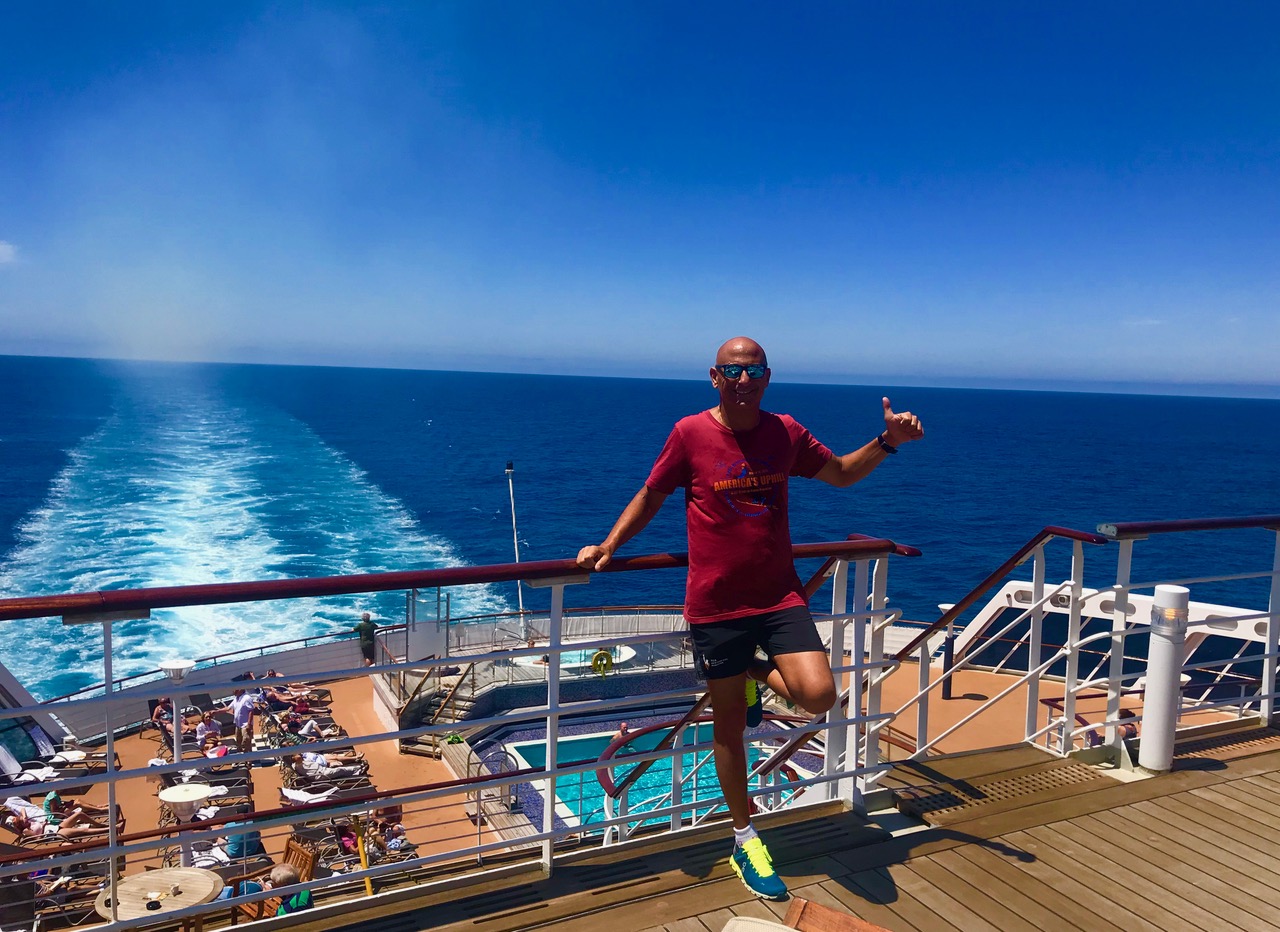 The Queen Mary 2 was the largest cruise ship when launched in 2004, that size doesn’t come at the expense of quality or crowds. Instead, it affords the opportunity to distance from others and a great variety of venues from which to choose. She features a classic ballroom, large theater, gym, spa, several lounges, restaurants, planetarium, and even a 1/3 of a mile running track around the ship’s circumference. Of course, swimming pools, golf simulator, and kennel for the family pooch.

From captain’s cocktails to multiple dining venues, ballroom dancing to (optional) “Formal Nights,” Broadway-caliber shows to gambling; there’s always a sense of anticipation for evening. My favorite moment, I am lounging under the stars with a scotch or wine, feeling the breeze and fresh air. Oh, how I wish I were there now.

For those who think of themselves as old souls, the Queen Mary 2 will hug you with its genuine warmth. Whether cruising solo—the QM2 has individual cabins—romantic getaway or multi-generational family bonding, The Queen Mary 2 is a memory maker.

Please have a look at Captain Philpott’s Column for wonderful stories from a long-time Captain of the Majestic Queen Mary 2 – Captain’s (B)log. 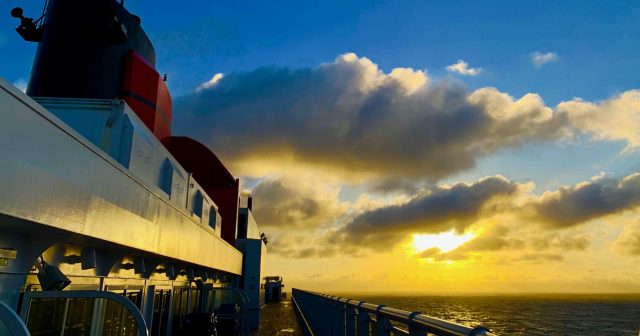