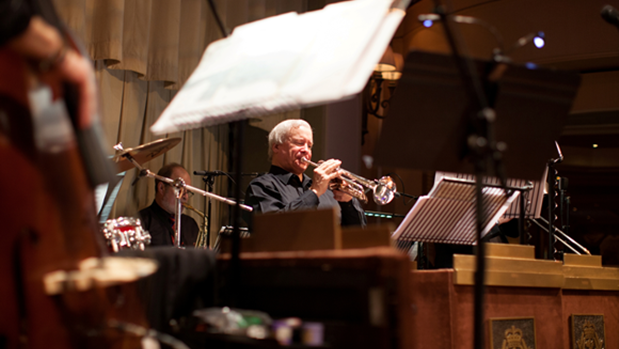 Cunard is proud to announce a special sailing to mark Queen Elizabeth’s fifth birthday where guests will be invited take to the dance floor for a Big Band Ball, to celebrate this special birthday from 2-7 October 2015.

On October 4, 2010 Cunard officially took ownership of our youngest ship in the fleet, Queen Elizabeth, and for her fifth birthday we’ve organised a party that aims to get everyone In The Mood…

Originating from America in the 1920s, the Big Band phenomena took the world by storm, as large band ensembles delighted audiences with electrifying, high energy performances. During Queen Elizabeth’s 5 night cruise to Amsterdam and Bruges (from Zeebrugge) guests will be invited to relive the heyday of Swing and Jazz at the ship’s own Big Band Ball.

“Fantastic music, a magnificent setting and a special birthday to celebrate should make for a real party feel as we mark the fifth year since our youngest ship, Queen Elizabeth, joined the Cunard fleet. On this special occasion we’re aiming to recreate the heyday of the 1940s Big Band sound, inviting passengers to join us for an evening of glamour in the Queen’s Ballroom enjoying some of the headiest dance music ever written. The ship will be pulling all the stops out to make sure everything really goes with a Swing.”

On 3 October, the eve of Queen Elizabeth’s 5th birthday, guests on board can look forward to a classic black tie gala dinner with a specially crafted commemorative menu to mark the occasion. Then they will be welcomed to the Queen’s Ballroom by the ship’s 14 piece band, as it strikes up hits from some of the most successful artists of the era including Glenn Miller, Ted Heath, Count Basie and Duke Ellington. Vocalists will add material drawn from the back catalogues of Ella Fitzgerald, Frank Sinatra, Sarah Vaughan and The Rat Pack as well as more recent performers such as Michael Buble, Jamie Cullum and Harry Connick Jr to create the social ball of the year. Under glittering chandeliers, the band will aim to keep the dance floor filled before guests gather for a midnight countdown to Queen Elizabeth’s official birthday.

During the five night cruise, guests can also enjoy sounds from other eras, including one of the UK’s best tribute 60s acts, The Overtures, noted for performing at Elton John and David Furnish’s civil partnership, who will appear twice. Historian Eric Flounders will bring the history of Cunard to life as part of the Insight Speakers programme, while acclaimed comedian Mike Miller will add touches of humour.

A Balcony stateroom for the 5 night sailing 2-7 October 2015 on Queen Elizabeth (Q518) starts from £759 per person with Cunard Fares, sailing from Southampton to Amsterdam for an overnight stay and Zeebrugge (for Bruges), then back to Southampton – and with no flight restrictions, passengers can take as much luggage as they like! Book before 28 February and there’s $100 per person to spend on board, with our compliments.