The most famous Cunard “Queens”

Welcome to this month’s Captain’s Blog by yours truly, Captain Peter Philpott, recently retired Captain of Queen Mary 2 of Cunard Line, the latest in a succession of famous Cunard “Queens”.

The current Queen Mary 2 was designed by a team of British naval architects led by Stephen Payne and at the time of her construction was the largest passenger ship ever built. She was named by Her Majesty Queen Elizabeth ll in 2004 after the original Queen Mary of 1936 and as of 2020 Queen Mary 2 is the only purpose built passenger ship designed as an ocean liner, rather than a cruise ship.

As I write this, she is currently on her annual World Voyage (right now she is in Australia) which starts in January and ends in April. Many loyal guests choose to take the entire World Voyage, which gives them the pleasure of over 100 nights of Cunard on board hospitality and during which you will circumnavigate the world! Indeed some of them choose to take the World Voyage every year…!!

Other than her annual World Voyage, Queen Mary 2 is the only transatlantic ocean liner in regular service between Southampton, England and New York City. This unique one week transatlantic crossing is certainly something that all of you should experience at least once in your lifetimes!

I previously mentioned the original Queen Mary ocean liner of 1936. One of my favorite stories is how she originally came to be given that name, after that particular Queen!

Cunard ships of the time had traditionally been given names with an “ia” suffix, such as Mauretania, Aquitania and Berengeria (beautiful names aren’t they?!). Legend has it that the Cunard Board of Directors planned to give this newest built ship the name Queen Victoria which would have been in keeping with the tradition of the “ia” suffix.

The Directors approached the then King George V for his blessing to use the name Queen Victoria, saying “we have decided to name our new ship after England’s greatest Queen” meaning Queen Victoria, the King’s Grandmother.

Whether innocently or with some very quick thinking the King replied “that is marvelous – my wife (Queen Mary) will be delighted you are naming the ship after her”….!!

I imagine after that there was little option for the Directors other than to name the ship “Queen Mary”…!!

She quickly became an institution and captured the hearts and minds of the travelling public, also establishing herself as the only truly civilised way to travel for the rich and famous. She departed on her maiden voyage on May 27, 1936 and finally retired from service as an active liner in 1967.She had carried some 2.2 million passengers in peacetime as well as 810,000 military personnel during the Second World War.

Since her retirement, Queen Mary has of course been a hugely popular Southern California attraction, hotel and venue for special events. It is estimated that around 50 million people have visited her in Long Beach and she remains a true icon.

Now of course we have Queen Mary 2 which although now approaching 16 years old, is still as good as new and which will be around for many more years, maintaining the Cunard traditions and unique standards of travel luxury. On a personal note, I can only say that I am immensely proud to have been able to call myself her Captain – she is after all the most famous ship in the world..!!

Safe travels and don’t forget to research and book your Cunard voyage through the pages of The World’s Greatest Vacations! 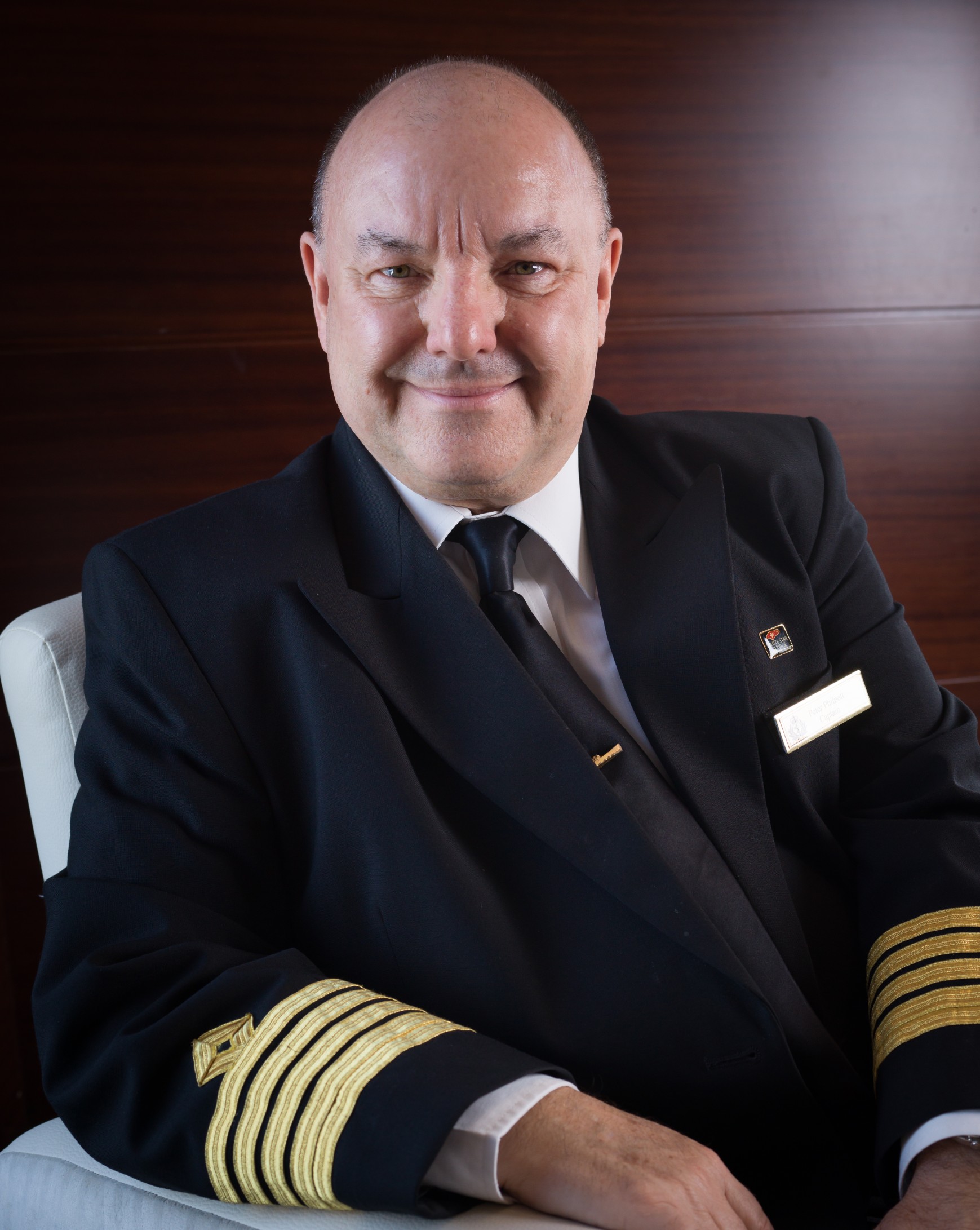