Princess Cruises has announced that Dawn Princess will cruise out of dry dock in May offering Australia’s first beer and wine festivals at sea and a neat new whisky menu. 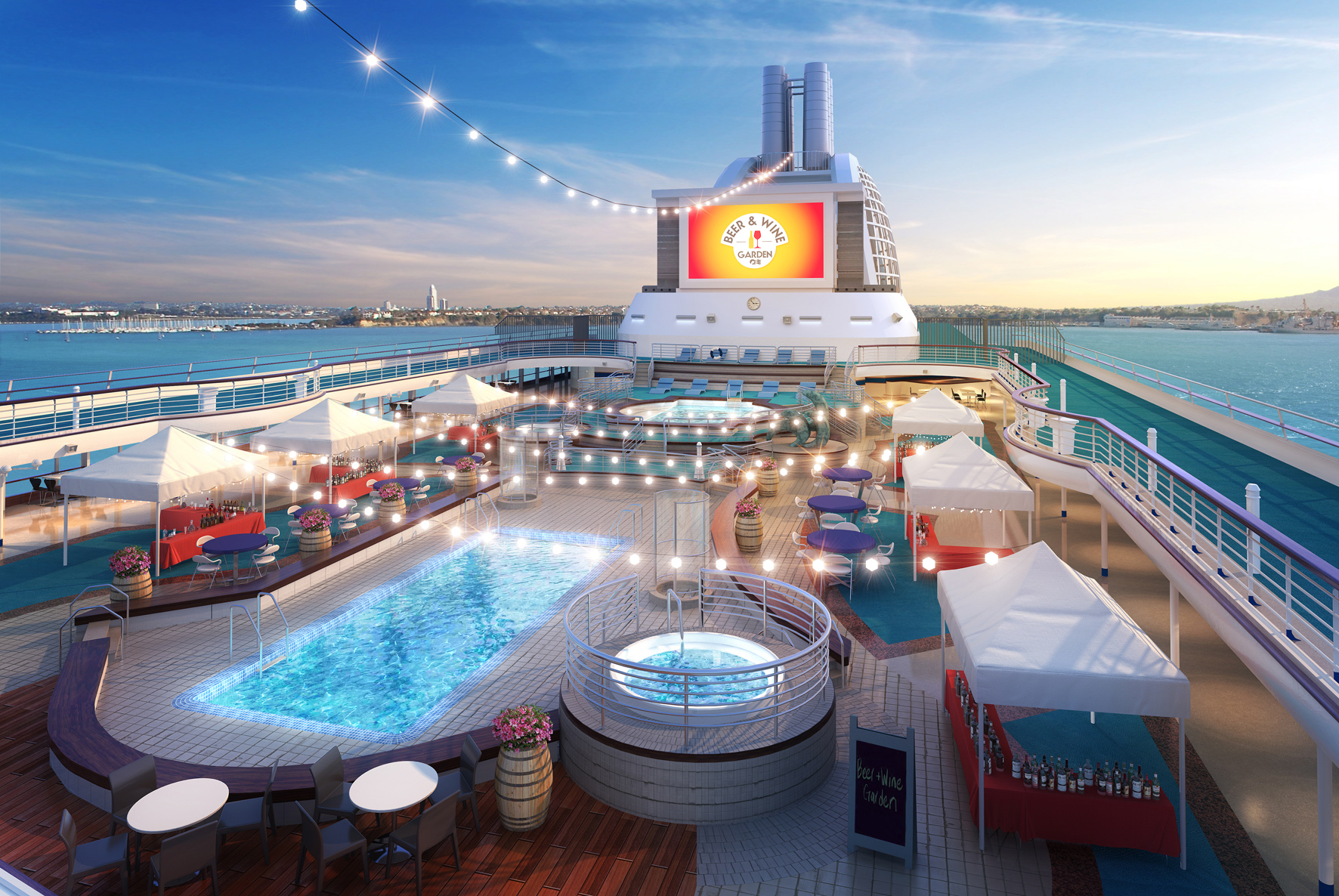 As part of the multi-million refurbishment in Singapore from May 11 to 24, the Australian-based superliner will become the first ship in Princess Cruises’ worldwide fleet to offer a Beer and Wine Garden Festival experience at sea.

To be held twice during every cruise of more than seven days, the new offering will see the top deck transformed into a lively mini festival with marquees showcasing regional beers and wines plus live music.

Princess Cruises Vice President Australia and New Zealand Stuart Allison said the festival was a homegrown idea which had been developed with two of Australians’ favourite things in mind – a beer garden and wine festival.

“We’re thrilled to be debuting this exciting Australian-first cruise product on Dawn Princess and think the combination of wine tasting on the top decks and the buzz of an evening festival will really appeal to local cruisers,” Mr Allison said.

In line with the growing trend towards whisky appreciation across all generations, Dawn Princess will also emerge from dry dock with a renovated Wheelhouse Bar offering a comprehensive menu of 56 whiskies including five local tipples: Larks Single Malt and Hellyers Road from Tasmania, Western Australia’s Limeburners Single Malt and Bakery Hill’s Double Wood and Classic whisky from Melbourne.

Mr Allison said the old world charm of Wheelhouse Bar with its dark, moody ambience and the addition of two grand pianos, made it the perfect place to enjoy a whisky whether it was made from Tasmania barley or matured in the Scottish highlands.

In a nod to Australians love of good coffee, a new Italian café called Amuleto will be added to the Horizon Court Buffet, which will become known as the World Fresh Marketplace, offering a new range of cuisines from destinations the cruise line visits, such as Mexican, Brazilian and Asian street food.

Meanwhile the ship’s Lotus Spa will receive a makeover with new treatment rooms, a refreshed reception area and an upgraded sauna. As part of its revitalisation, the spa menu will feature three New Zealand-inspired treatments developed especially for this market including a Healing Kawakawa Massage, a Rotorua Mud Ritual and Manuka Honey Hand and Foot Ritual.

Mr Allison said local cruisers could also look forward to seeing some of the cruise line’s new initiatives with Animal Planet and Discovery at Sea introduced down under, including guided star gazing from the top deck.

The first chance to experience Dawn Princess’ exciting new onboard offerings will be on a 12-night cruise from Singapore to Fremantle departing May 25, 2015, with calls in Thailand, Malaysia and Indonesia. Fares start from $949* per person twin share.