The construction of a new Royal Caribbean ship scheduled to debut in 2014 reached a major milestone on Friday as the first of dozens of pre-built sections was laid into place in a dry dock. Royal Caribbean executive vice president Harri Kulovaara joined executives at the Meyer Werft shipyard in Papenburg, Germany in a traditional “keel laying” ceremony to mark the beginning of the 167,800-ton Quantum of the Seas’ assembly. The 4,180-passenger ship is scheduled to go into service in November 2014. It’s the first in new series of vessels at the line that will feature a gee-whiz ride that takes passengers high above the vessel and several other innovative features. 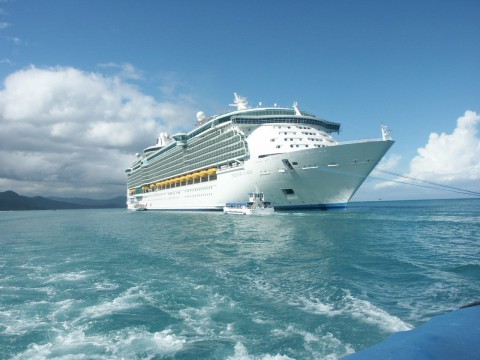