Only one day left for Savings of Up to $555 per Person, Complimentary Balcony Upgrades, Up to $500 in On Board Credit, Reduced Deposit and a Complimentary Bottle of Wine per Couple on select voyages aboard Queen Victoria and Queen Elizabeth!

In celebration of the fifth anniversary of Cunard’s Queen Victoria next week, the Line is launching the five-day Queen Victoria 5th Anniversary Sale starting this Thursday, 6 December 2012.

The Queen Victoria 5th Anniversary Sale will offer a Reduced Deposit, Savings of Up to $555 per Person, a Complimentary Bottle of Wine per Couple, On Board Credit of up to $500 per stateroom, and Complimentary Balcony Upgrades on 45 select voyages, including:

All fares and promotions are per person, based on double occupancy.
Cunard’s Queen Victoria 5th Anniversary Sale runs through 10 December 2012.

In grand Cunard tradition, Queen Victoria is designed in the spirit of the floating palaces of the past.  Having debuted in December 2007, she captured the world stage in a way few ships ever do – becoming one of the most fêted ships to be introduced in recent years and quickly establishing herself in the Cunard fleet.  Every inch of the 2,000-passenger liner is infused with a sense of luxury and tradition – from the Royal Court Theatre, which includes the first private viewing boxes at sea, to the signature two-storey library with a spiral staircase and nearly 6,000 volumes.  Queen Victoria features double- and triple-height public rooms that evoke the rich and well-recorded history of ocean liner and Victorian era design.

For more information or to book a voyage, consult your Travel Agent, call Cunard toll-free 1-800-728-6273 or go to www.cunard.com.

About Cunard Line
Cunard Line, operator of the luxury ocean liners Queen Mary 2, Queen Victoria and Queen Elizabeth, has long been synonymous with the quest for new discoveries and the epitome of British refinement since the company’s first paddle-wheeled steamer, Britannia, crossed the Atlantic in 1840.

Cunard voyages bring together like-minded travellers who seek a civilised adventure and relish the Cunard hallmarks of impeccable White Star Service, gourmet dining and world-class entertainment. Today, Cunard offers the only regularly scheduled trans-Atlantic liner service and continues the legacy of world cruising which it began in 1922. 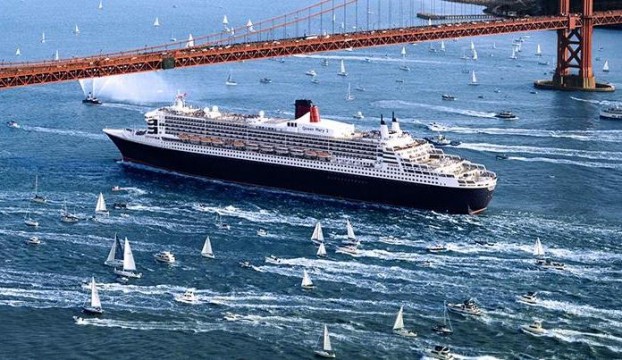