Paula Deen may be in trouble over her use of the n-word, but that doesn’t seem to have caused fans to abandon ship. Just days after the calorie-rich country cooking star lost her contract with the Food Network, she added a second “Paula Deen Cruise” in 2014. Fox News says that in recent days interest in the cruise had risen faster than a yeast biscuit. “Due to so many requests from Paula’s fans in the past we are actually planning two cruises for 2014 and look forward to both,” the news organization quotes an unnamed cruise representative. “It’s always an amazing time with Paula, her family and fans. If she goes — we go.” Although the cruises will be held on Royal Caribbean’s Mariner of the Seas, the cruise company says it merely hosts groups booked by outside travel agencies. “Royal Caribbean has never had a partnership or any formal association with Paula Deen,” says Cynthia Martinez, the company’s director of global corporate communications. “She has sailed with our brands a couple of times, but as host of group cruises, and each time, the groups were booked through a specific travel agency, not through Royal Caribbean.” 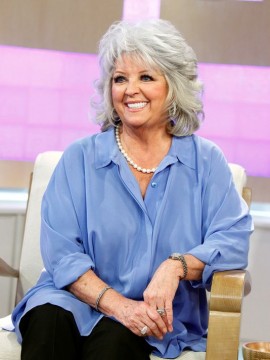