It’s easy to fall in love with Rio. The seduction begins as soon as you pull into the harbor that has the prettiest backdrop in the world. This long, skinny city hugs steep hillsides and scalloped beaches. It’s a place of sun, sex, soccer, and samba, where locals, calledCariocas, celebrate sensuality. Rio was the capital for 200 years before Brasilia took over in 1960. Now this lush city of futuristic architecture is in the midst of a comeback fueled by World Cup soccer and the Olympic Games.  The port and Olympic village are both under construction for the next couple of years. Rio’s biggest crowds will crush the city in a colorful cacophony during Carnaval (February 28-March 4 in 2014), when samba schools’ costumed dancers and musicians take over the streets. The rest of the time, it’s easy to get around. You can walk into downtown’s Centro from Pier Mauá to parks, shopping, and dining. 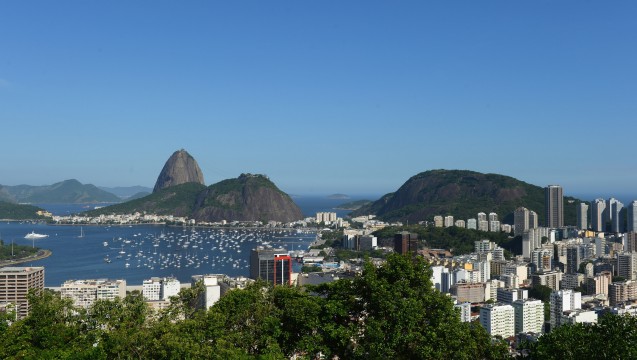